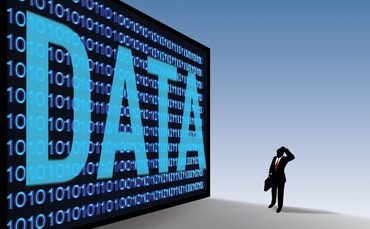 Recently, Wells Fargo made an announcement that shows the bank is getting serious about harnessing the value of its data, by hiring its first ever chief data officer. The new CDO, A. Charles Thomas, who was the former chief data and analytics officer for USAA, will run the bank’s recently created enterprise data and analytics group, and will report to Wells Fargo CIO Kevin Rhein.

Thomas will join what is now a small, but growing, group of high-profile CDOs (CitiBank, for example, has already added this role), though I expect other Fortune 500 companies will soon follow suit to make this a more common position. In fact, the technology research firm Gartner predicts that 25% of large global organisations will have appointed CDOs by the start of next year.

This new addition to the C-suite is able to unleash the full potential of the enormous stores of data that companies are able to gather about their customers and their business. We’ve seen enterprises – particularly in the tech industry – begin to recognise the need for a CDO, which has become a much more common position in just the past year. However, the recent announcement by Wells Fargo, one of the four largest banks in the United States, shows that the idea of the CDO has reached a tipping point.

>See also: The rise and rise of the chief data officer

Rhein told CIO Journal that with the emergence of new analytical technologies and the exponential growth of data, there is now a “tremendous opportunity to utilise data in ways that we’ve never been able to before”. This is true for a growing range of enterprises, from a lean software startup to a large retail corporation, all of which are learning that they must find a way to capture the benefits of data to leap ahead of the competition.

As a large financial institution with deep knowledge and experience using analytics technology, Wells Fargo and like-minded organisations seem especially well positioned to take advantage of the growth of data. However, actionable insights based on big data area increasingly available to companies that don’t have an established history of using analytical technology or an enormous IT budget.

In the past, a data infrastructure like the one Wells Fargo has put in place would cost $20 million to $50 million to get up and running. But thanks to a dramatic lowering in cost of compute and storage, even small-to-medium-sized companies can afford many of these same data features.

However, there’s still a difference between harvesting the data and harnessing it for the business. As Wells Fargo’s recent example shows, organisations will benefit from putting someone in charge of bringing the transformative power of data to all areas of the enterprise, from top to bottom.

It will be exciting to see how Wells Fargo’s new CDO will find innovative ways to put the bank’s data to use. And as the ROI that this new structure has creates emerges, other enterprises – large and small – will no doubt hasten to adopt the CDO model.