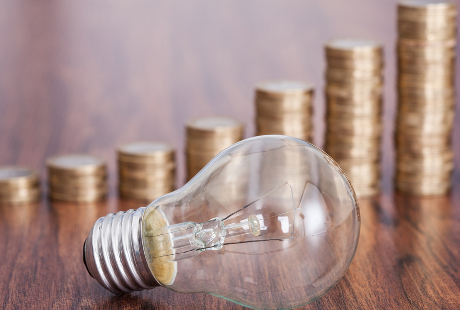 Glover Ferguson has what many people in the IT world would consider to be a dream job. As the chief scientist for Accenture, a $13 billion turnover provider of IT services and strategic consultancy, his job carries some onerous strategic responsibilities.

But for a lot of the time, by his own admission, he plays with ideas, watches over a group of highly motivated engineers playing with their ideas, and does a lot of travelling and a lot of talking.

In this way, the Stanford engineering graduate has gradually worked his way onto the ‘A list’ of technology ‘visionaries’. Although he has yet to write a best-selling book, he now gives keynote speeches throughout the world, alongside the likes of Nicholas Negroponte and Don Tapscott, and his opinions are sought after by the world’s business press.

Ferguson’s growing influence stems, in part, from his accessible style and his quotability. But, as the director of Accenture’s Technology Labs, based in Chicago, Palo Alto and

Sophia Antipolis, he has also encouraged his 100-strong team of engineers to experiment with some challenging, but very press friendly, implementations of technology.

One example: a Barbie doll that is programmed with artificial intelligence, is able to identify radio-tagged items of clothing and other accessories that ‘she’ likes, and then, using a credit card, can order them over the web. Although it all seems to work, Ferguson told the press: “A doll with a credit card never flipped my switch”.

Radio tags, however, do flip his switch. Ferguson has been a strong advocate of the technology for several years, long before the recent surge of interest inspired by a massive order placed by Gillette. He foresees a world in which almost every man-made item – and many that not man-made – will be tagged. He talks of tags that change colour when food is off, of tiny sensors inside humans and animals that monitor health, of chips that measure crop growth, of supermarkets without check-outs, of airplane wings that cry out “we’re stressed” without the need for an X-ray.

This all leads on to one of Ferguson’s two big ideas. The first is the ‘virtual world online’ – the idea that for every physical object, there will be a virtual double. For example, for every car on the road, there might be a virtual object, that records and data about oil, water, tyres, petrol, heat, stress, servicing history, current speed and probably much, much more.

The real value of such data comes, says Ferguson, not in just automating routine tasks, but in using information in context. This ‘double’, for example, will then be able to interact with other systems, perhaps ordering a service, or seeking to advise the driver on a new route if there is congestion.

The idea of contextual information leads to Ferguson’s other big idea: his theory that businesses evolve through a hierarchy of competitive battlegrounds, each time moving on to a new stage as the competition catches up and margins are lost. Initially, companies are able to win customers simply because customers find it difficult to find out about alternatives; later, the battle moves to features, then to added services, then eventually to the availability of ‘context data’ – specific information that gives one supplier an advantage.

Eventually, all information becomes available to everybody – at which point, the battle moves to insights – the ability to see the significance of information. For example, “the guy who worked out the relationship between hot train axles and seized bearings” has a big advantage. Similarly, a retailer may work out the fact that a parent buying a cot is usually buying for a first child – and there will usually be a pattern of further predictable purchases.

Ferguson admits his owns insights are not perfect. He says his model long ago predicted IT’s move away from products and into services, but he also admits that computer-aided software engineering, which he promoted for Andersen Consulting for nearly a decade, slowed most businesses down.

This time, he is at least in the right place. With services companies desperate to differentiate themselves, Ferguson’s emphasis on ‘Insight’ perfectly matches Accenture’s latest strategic marketing campaigns, which focus on its ability to put new ideas into action.