The CIO has “to be a little bit of everything” 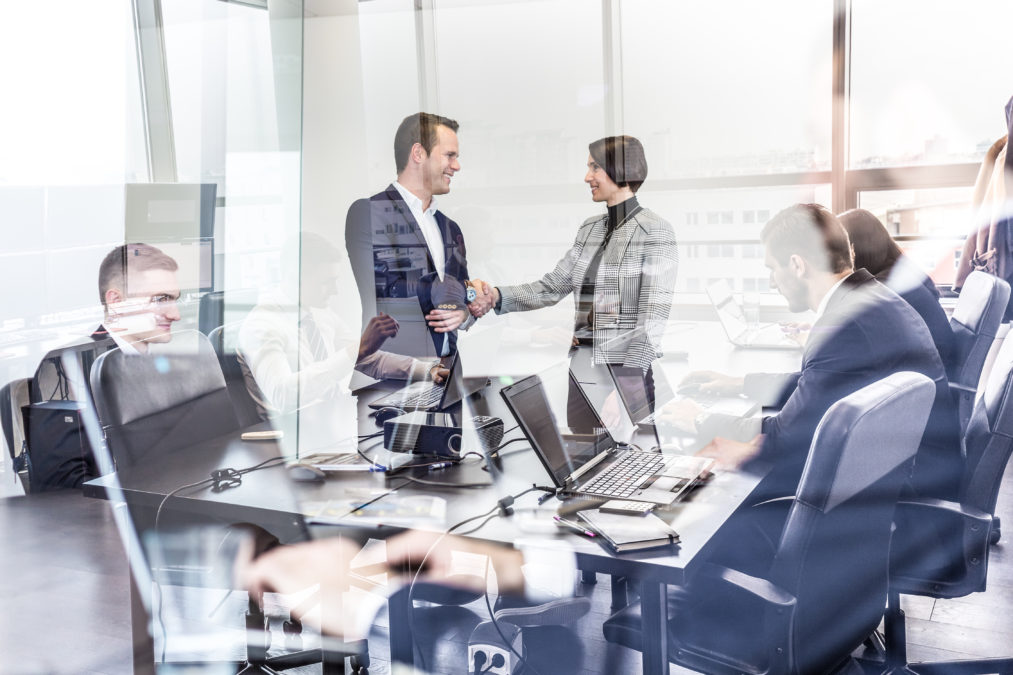 In Information Age’s pursuit of writing for the CTO and other technology leaders, it is important for us to cover the role of the CIO as well. The CIO and the CTO role, while different, share many of the same characteristics and responsibilities.

“I think it’s very typical to have the CTO be more focused on the product side and the CIO be focused on the internal side. However, that really varies by industry,” said Uri Sarid, CTO, Mulesoft in a previous interview with Information Age.

“We have a lot of customers where there is no such distinguishing. For example in many of the banks, the CIO is responsible for all of the internal technology, whether it’s woven into [external] product offerings or whether it’s used for internal systems.”

The role of the CIO, like the CTO, is changing. To understand this transformation in responsibility, skills required and understanding, Information Age spoke to Mark Hill, Group CIO at Frank Recruitment. Part of his job is to make sure that as a business, Frank Recruitment continues to have access to the best tools and implement the best practices that will help the organisation generate business value.

“You have to be a little bit of everything”

“The role of a CIO is really hard to put into a single box; you have to be a little bit of everything as a CIO these days,” said Hill.

“The position was already hugely varied. Historically, many CIOs tended to be responsible purely for applications and technology infrastructure — it was all about improving business efficiency, hence cost becoming an overriding factor. Today it’s very different. It’s about driving the effectiveness of business outcomes, by using technology innovation to differentiate yourself from the competition.”

>Read more on How CTOs and CIOs can recruit and build the best teams — Mark Hill, Group CIO, Frank Recruitment

Before the explosion of the internet, the role of IT was primarily focused on improving efficiency and maximising profit in an organisation. As a result, the CIO’s role was predominately back office. “This has all changed,” according to Hill.

“Now the role of IT, and thus the role of the CIO, is to work closely with the business in moving towards disruption and differentiation. The companies that are winning get this and are changing.”

“Today my guess is that CIOs are roughly 50/50 in terms of the types of CIO — Business Innovator vs. Operational IT Stewards. In my opinion, it’s the former type that we’ll see more and more frequently in the future.”

According to Gartner, there are new CTO/CIO personas emerging; the Chief Innovation Guru, the Technology Innovation Officer and the Futurist.

Regarding the CTO (and CIO), their roles are changing in the context of digital business transformation — confirmed the Gartner research.

“All of this means that IT is fast moving from being back office focused support, to a front office focussed differentiator. Today, there is much more opportunity for a CIO to be a business leader, and help push top-line growth,” said Hill.

>Read more on Why the CIO’s role is changing

“So, I’d like to think my role as CIO is to actively deliver value to the company through the use of technology.”

“Yes, we’re maintaining internal systems; yes, we’re overseeing products used by the business; and yes, we’re making plans for the future of our systems. But the primary driver for me as a CIO, is creating business opportunity — everything I do is about using technology to build a foundation for a world-class customer centric outside in business.  I run both IT and Business Change —separate but closely intertwined functions — and I spend as much time as possible on things that are going to add real top-line value to the company,” he said.

It’s all about hard work

Succeeding as a CIO in the recruitment industry demands the same thing as any other role in business: hard work, according to Hill.

Recruitment, the same as many other industries, is being subject to a significant amount of change. Similar to the financial services sector, there are new laws and new regulations to respond to, while people are using technology in new ways to find jobs and employees.

“The days of the telephone and the little black book are not over, but things are changing,” said Hill. “Today, you need to spend money to make money, and the much of the traditional agency recruitment sector isn’t really used to heavy investment in technology.”

“I see a lot of recruiters still trying to get a lot out of their IT services ‘on the cheap’, and they aren’t fully embracing the idea that investing in tech and innovative technology people can really help them to win. This is why many recruiters are struggling with digital transformation,” he said.

“So, if you’re a CIO of a small, niche recruiter, you’re probably not going to have a pot of gold at your disposal when it comes to delivering solutions; you’re going to have to get creative,” continued Hill.

Succeeding in the staffing sector

As the recruitment/staffing industry undergoes such rapid and foundational change, “being a successful CIO means being able to steer businesses into the present, and ready them for the future,” according to Hill.

“That’s where the hard work and creativity really come into play together; in educating the business. Many business leaders in staffing are tied to the old ways of doing things, and it’s up to the innovative CIO [and CTO] to show them a better way.”

>Read more on The 4 different types of chief technology officer

The role of IT in business

The role of IT is often misunderstood in business. It should be an exercise of simply ‘keeping the lights on’. One of toughest challenges then, for the CIO and (on occasion the CTO), is changing attitudes about the role of IT in business.

“Digital transformation is happening, but it takes time to uproot that cultural notion that IT are essentially ‘butlers’ who fix things when they break, rather than a vital part of generating business opportunity,” explained Hill.

“To many companies, the idea that IT should be at the forefront of driving growth is utterly revolutionary — it’s CIOs who have to lead that charge, and educate business leaders on how investments in IT can provide value,” he continued.

“Initiating change, both in terms of business processes, is probably the biggest hurdle that CIOs have to clear. You could have a piece of software that will make the business exponentially more productive and efficient, but it’s up to the CIO to get buy-in from those who hold the purse-strings — and when those people don’t have a first-hand understanding of tech, and are generally not used to making such investments, obtaining the tools you need to overhaul the business can be tricky,” said Hill.

The role of the CIO

Technology has become the most important aspect to the majority of businesses across a variety of industry. It certainly isn’t going away. The role of the CIO, and others concerning with technology (such as the CTO), will only become more important in the future. How that role fits in within the business will continue to change — and, perhaps the role of the CIO will move closer to that of the CTO.

“As IT becomes more and more central to business, digital leaders will become synonymous with business leaders,” said Hill.

“Eventually it’ll all blend in together, and tech won’t be seen as a support issue anymore. Either the title of CIO will likely change as tech leaders become more involved in front office operations, or the role will split, and you’ll have a position for the upkeep of internal systems, and another role dedicated to driving businesses with tech.”

“The role of CIO will have to be redefined to reflect the realities of digital business; CIOs will be leading like a business executive, embracing growth and mastering change in their company.”