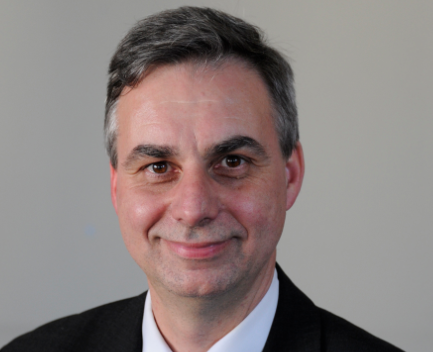 Many a CIO will testify that modernising legacy infrastructure is one of the largest challenges facing businesses that wish to embrace the latest technology advancements.

Cambridge University Press (CUP) knows this better than most. As the oldest publishing house in the world, having produced books continuously since the first University Press book was printed in 1584, CUP is no stranger to transformation.

But as transformations go, its current one is possibly its most important ever.

On the one hand, CUP is going through a transition familiar to any media and publishing company: the movement to digital. The Press has provided electronic book content online since 2010, and estimates that its digital products will account for two-thirds of its sales by 2020.

On the other hand, the company is in the process of shifting from being a geographically organised business to one organised by global lines of business. With 2,000 employees filling 50 offices around the globe – including significant publishing centres in New York, Cape Town, Delhi, Melbourne and Madrid – this is no easy feat.

Integral to the success of both of these transformations is one man: CIO Mark Maddocks.

Boasting a CV that includes three years as head of technology at BBC Production, seven years at the corporate level of global online information provider Reed Elsevier and a couple of years consulting publishing, media and entertainment companies for his own business, Maddocks is well prepared.

But he is also aware that the role of CIO has evolved in recent years. Responsible for all technology globally at CUP, his remit spreads far further than back-office and internal systems – to overseeing production of the growing army of customer-facing digital products, which are largely based on open-source components.

Such a vital reliance on technology means that Maddocks has a 400-strong IT team at his disposal, which includes a fairly large offshore software development team in the Philippines.

However, it was the large-scale organisational realignment that triggered the desire for CUP’s largest IT project of recent years.

With all financial information needing to be held in a consistent way, Maddocks pressed ahead with the global roll-out of SAP’s suite of business systems, starting with the finance and procurement model.

Choosing Tech Mahindra as integration and maintenance partner, the deployment went live in January 2013, and more than half of the Press’s cost base is now tracked through the system.

But this was just one part of a three-year project to transform CUP’s back-office systems and customer relations, the latest of which being the implementation of BPC (BusinessObjects Planning and Consolidation), a module for finance consolidation. The sales and distribution module, which is the fulfilment functionality, is due to go live towards the end of this calendar year.

‘One should never underestimate the size and complexity of one of these types of implementation, because it is genuinely transformational to the business – it’s not a technical or an IT project,’ Maddocks says. ‘This means that it’s vital to think and engage as much about the business change – the way that the data is to be used and the nature of the reporting – as it is to engage with the purely IT aspects of it.

‘So I think making sure that you’ve got a programme that is set up with the right governance structure, modules and breakdown of sub-projects, to be able to manage that size and complexity, is a major challenge.’

That’s not the only challenge in a deployment of this size. There is the importance of business engagement, an area in which Maddocks counts himself fortunate due to the programme’s board being exactly the same as CUP’s board.

‘It actually does need the attention of most of the board members from time to time to drive it through,’ he says. ‘And furthermore, it’s important that the executive sponsors who are day-to-day engaged are co-sponsored with myself.

‘I think that anybody who goes into a deployment like this without the right level of business engagement will struggle.’

The SAP roll-out has allowed Maddocks to juggle the two transformations that the Press is facing. As well as allowing CUP to develop a more global approach to its business, it has also aided the increase in digital sales.

‘We need to be able to recognise the revenues against both the print and the digital part of the product with the right tax treatment, revenue recognition models and so on.’

This means that Maddocks has been able to justify further ROI in relation to the ability to support digital revenue growth and close its month-ends and year-ends more quickly and reliably than before.

But his final big lesson comes back to legacy, mainly on the systems that CUP is keeping but which sit around the side of SAP.

It’s not enough to just build the core finance, purchasing or sales order processing system; Maddocks and his team actually have to fit it in with the system that holds its master product information, and with the whole myriad of other legacy systems.

‘All of that requires work to get those systems into good shape, to be able to interface and have the right processors and data flows,’ he says. ‘And all of the changes to those systems have to be communicated to the users of those systems.

‘That’s why I really keep coming back each time to how the goal of this whole programme is largely to rewire CUP for the future.’