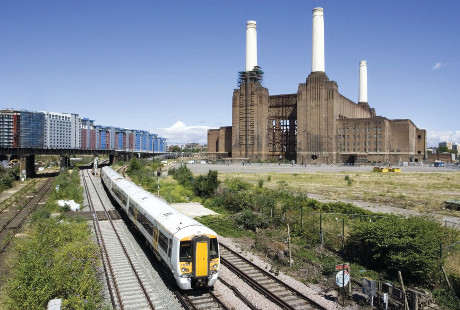 Network Rail is the owner and operator of the UK’s railway infrastructure. It is responsible for maintaining the track, setting train timetables and planning future use of the rail network.

Last year, she was shortlisted for MIT’s CIO Innovation Leadership award, in recognition of the scale and complexity of the IT estate that she manages. Before joining Network Rail in 2009, Cooklin worked in operations for Barclays, where, she says, she successfully cut operating costs by £200 million. That helps to explain why she was recently given the added responsibility of Network Rail’s shared services organisation.
In September 2012, Network Rail issued a tender for an IT services and solutions integration framework. In it, the company revealed that the “Network Rail Information Management function is changing its operating model for engaging and supporting Network Rail business change programmes”.
To find out the strategy behind this change, Information Age recently caught up with Susan Cooklin. She also discussed the challenges of planning five years at a time, the company’s recent relocation to Milton Keynes and what she sees as the key to successful business change.
Last year, Network Rail put out a procurement tender that said it was changing the IT department’s operating model. What’s the story behind that?
Two and a half years ago, not long after I was appointed CIO, I benchmarked our IT function in terms of efficiency and effectiveness. We found there were things that we were good at, such as operations and services, but also that we weren’t as effective on projects as we could be.
We outsource development to third parties, so what we do on projects is manage the third party. We make sure everything gets tested and can be transferred into our live operations without screwing anything up.
But I found that we had started to do the work that the third party was supposed to be doing. Instead of assuring the design, we were starting to do the design ourselves, either because people didn’t trust the supplier or because they had their own view on the project. That meant we were taking back the risk. Instead of the risk being with the third party, it started transferring back to us, which was not where I would like us to be.

I have a very strong team who I can rely on to deal with the day-to-day running of the IT function, so I can focus on the more strategic problems"
Susan Cooklin
Network Rail