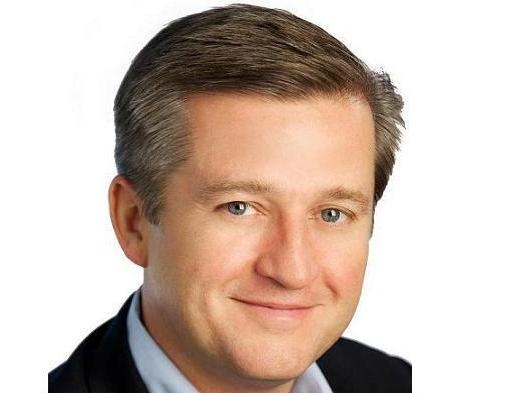 Rob Webb is part of a growing breed of CIOs who have made the step-up to the CEO mantle.

The transformation of the CIO over the last decade has seen it become a vital and strategic ingredient in the success of an organisation.

The end-to-end visibility afforded to the position provides invaluable insight into how a business is run, while technology’s function as driver and enabler of everything the company does puts the CIO in a strong position when the top job does arise.

Webb, who leads the Technology Business Management (TBM) Council, studied computer science and economics before starting his career in technology as a consultant.

It wasn’t long before he moved into end-user IT, making a name for himself doing application development at General Electric. During eight years at the conglomerate, Webb filled the CIO position for three large divisions: its global power systems business, global consumer finance business, and commercial finance business.

Upon leaving GE, Webb was snapped up as CIO of global credit reporting firm Equifax, providing him some early insight into the world of big data analytics, before taking the same post but on a much larger scale at Hilton Worldwide.

Leading IT and innovation for 10 brands and over 3,700 properties spanning 85 countries took Webb’s influence to a whole new level. Brought in to transform technology across the group, he held responsibilities across all corners of one of the world’s largest hospitality companies.

It was during his time at Hilton when Webb became one of six founding members of the TBM Council, a nonprofit organisation of CIOs formed to benefit from sharing best practices and experiences in the field.

May 2012 saw Webb hang up his CIO gloves to focus on the Council, and in August 2013 he took the CEO job – by which time it had grown to 800 members. It now stands at 1,000 members, which include the IT heads of Facebook, Cisco, Goldman Sachs, Time Warner and Coca-Cola.

“We really saw this need to share the best practices around running the business of information technology,” Webb says. “The Council has had 11 physical meetings, and we also meet quarterly via Cisco telepresence.

“We’ve also added to those virtual meetings both city-specific summits where we gather CIOs from a specific city together to discuss the challenges and opportunities that they face, and industry verticals to bring together CIOs to share best practices unique to their industries.”

In November, the Council held’s its first TBM Conference in Seattle, which attracted over 400 CIOs and their direct reports, while December saw 70 turn up for a summit in London.

“It is incredibly beneficial to CIOs and provides the opportunity to give back and help others on their journeys,” Webb says. “Things are changing so quickly that there’s a lot that we can learn from each other in the community.

“My fundamental belief is that a collective intelligence is way greater than any one individual in the group, so why wouldn’t you benefit from everybody who’s participating and sharing?”

Evolution of the CIO

In his 15 years as a CIO, Webb says he saw the role fundamentally change.

What was traditionally seen as order taker and service provider evolved to “trusted business partner” on equal footing with other C-Levels, but he sees that changing even more.

“Increasingly, the CIO is moving from this trusted business partner to a true business innovator because they’re building out the next set of products and services, and those are delivered by software,” he says.

“It used to be: CIO, I want you to do this. Then it was: CIO, I need your trusted guidance on this. Now it’s: CIO, surprise and delight me.”

So what is the biggest issue discussed among the CIOs within the Council? All of its events thus far have been closed-door functions, without a journalist or salesman in sight.

But Webb reveals the biggest talking points have been about CIOs changing the conversation within the boardroom to further evolve their role.

To do that, he advises alignment and an integrated view or how IT is enabling and driving the business forward.

“In order to do that well, the standard definition for how you think about IT services needs to be well defined and communicated,” he says.

Whilst the Council will undoubtedly continue to grow, Webb and his team are unlikely to be too disgruntled if a few unsubscribe to take a CEO post. The chances of that happening are getting greater every day.