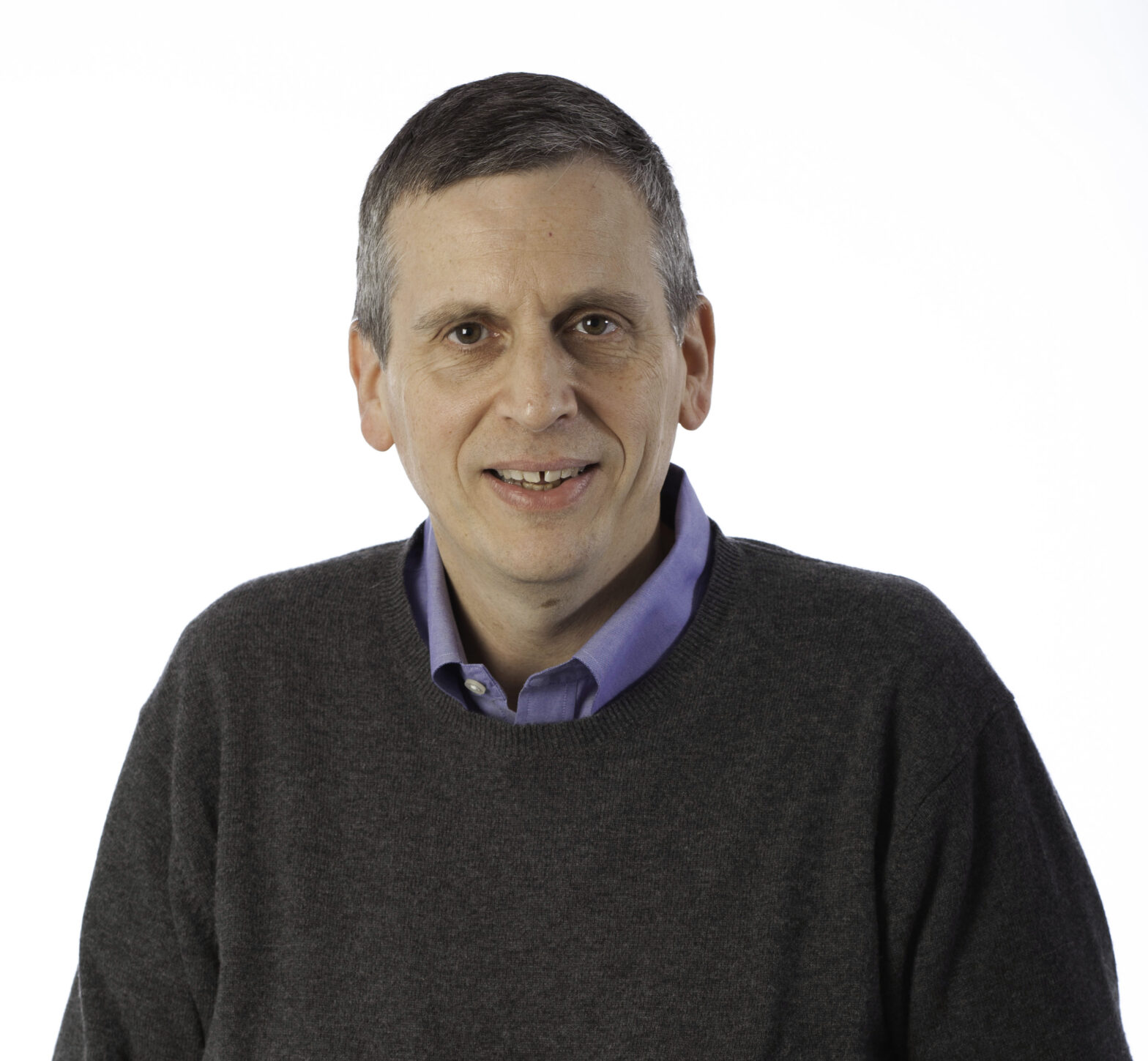 Not many people know what they want to do for a career when they’re a kid. If they do, astronaut or professional footballer are often short-lived ambitions.

Paul Clarke, however, was certain that computing was for him. Despite facilities not being widely accessible when he grew up in the 1970s, Clarke got into school at 6am and stayed late at night to utilise the time that a mainframe company offered for educational use.

The commitment paid off. Today he is director of technology at Ocado, a business synonymous with innovation as it revolutionises the supermarket industry with its online and mobile delivery services.

‘I started buying computers, which in those days were very large and not very powerful,’ Clarke says, ‘and that continued with me often earning money during holidays so that I could buy the next computer.’

Clarke studied physics at the University of Oxford, but computing remained his main focus. The large computer he kept in his cupboard bemused his peers, and he took every opportunity to involve computers in his science projects – once even computerising an experiment using real-time monitoring.

When it came to the end of his degree, Clarke was ready to burst into the software industry, much to the disappointment of the university, which hoped he would do a PhD.

Instead, he went to work as an engineer for one of the early big software consultancies to start learning his trade.

‘I worked initially on communications but was then transferred over to work on a couple of different large defence projects, which were very time precious,’ he says. ‘It was probably my first exposure to catching the first train in the morning and catching the last train home at night. It was pretty mad, but it was exciting work.’

However, it wasn’t long before Clarke and his friends, one of whom worked for the same consultancy, had an idea for a start-up. Not long after leaving the company, Torus Systems was born.

Initially based in London before moving to Trinity Science Park in Cambridge, the idea of the business was to take the concept of a Windows-type environment and recreate it on the IBM PC, which was yet to be launched and, in those days, didn’t even have graphics capability.

‘It had no concept of networking, so we had to build around DOS to create a network operating system (OS),’ Clarke says. ‘We got the very first Ethernet chip from Intel in the UK, and built, as far as I know, the UK’s first commercially available Ethernet adapter in the UK.’

With a whole new network OS and graphics environment running on the IBM PC, it wasn’t long before Big Blue wanted to use a variant of that as the OS for its Token Ring adapter.

‘That was obviously quite transformative for the business because we suddenly had a huge external customer wanting us to ship literally tonnes of shrink-wrapped products to them to sell for their network adapters.’

However, the success was short-lived, thanks to the classic situation of a founder split. Two, including Clarke, saw the UK market as too small to sustain the business so wanted to move to the United States, while the other two wanted to stay put.

Subsequently, Clarke and his ally left the company, which was eventually sold.

‘As it turned out, we were right,’ he says. ‘The business was sold because of things like Windows coming out in the States, which eclipsed it.

‘So there’s definitely a lesson there for start-ups in terms of thinking about where the dominant markets are. But I don’t regret it for a moment because it was a very, very exciting experience for a 22-year-old to co-found and build a business.’

Following that experience with startups, Clarke completed some interim IT director posts before joining the not-for-profit sector.

‘I felt like I had done the private sector for quite some time,’ he says. ‘I was interested in some other areas – particularly leadership – so I took the CIO role in a company based on leadership.’

But it was after a period of working as a self-employed consultant that Clarke was asked if he was interested in Ocado.

The company, which was founded in 2000, has become Britain’s fastestgrowing fruit and veg retailer. While traditional supermarkets have struggled to create an efficient and enjoyable online delivery experience, Ocado has impressed consumers with its slick website and mobile apps, and pledge to deliver within a one-hour time slot.

How does it do that? With robots, of course, which place the chosen items on high-speed conveyor belts that take them to attendants, who then pack them into shopping bags. Further technology alerts them if an incorrect item is packed, while a computer program tells drivers the best delivery routes to service the 100,000 weekly customers.

That number is set to rocket further after Ocado announced a 25-year deal with Morrisons, which launched its new service in January. Before that, Ocado worked solely with Waitrose, leading to a rather middle-class consumer base.

With Britain’s online food market growing at around 16% a year, Ocado is set to be the big winner. Despite this, however, Clarke was initially not keen.

‘I nearly put the phone down on them because they said it was in retail and I told them that didn’t interest me at all,’ he says. ‘Then, as we got talking, it became clear that it wasn’t traditional retail.

‘When I eventually agreed to come and spend a morning looking around Ocado and stepped into the warehouse, I was blown away by the scale of the automation.

‘It was all my Christmases in one go because it was this marriage of hardware and software, and controlling things that moved at speed under software control. That just happens to be one of my passions, so I thought it was an interesting technological sandpit in which to innovate.’

In 2006, Clarke joined on a one-year consultancy shift. ‘It was a considerably less senior role than what I had been doing before, but that really speaks for the fact that I thought what I’d seen was something quite special.’

From that initial role, which was working on some of the warehouse systems, Clarke then worked in the team that was designing the next warehouse, before setting up the simulation and visualisation team, and the mobile team.

After co-writing Ocado’s first mobile app on iOS, he took on a head of department role looking after things like robotics, mobile and simulation. Then, at the beginning of 2012, he took on his current role as director of technology.

As Ocado continues to grow and innovate, Clarke is now tasked with hiring 510 software engineers and other IT specialists by the end of this year. Through this guerrilla recruitment, he inevitably has to spend a lot of time on the people side – not just in terms of recruitment, but also how they develop their staff, engage them and inspire them to do great things.

‘I would definitely describe myself as a CTO, not a CIO,’ he says. ‘IT is not a good label for what we do at Ocado – it is so much more than what most companies think of as IT in terms of the breadth and depth of it.’

Despite his experience in heading technology for large organisations, Clarke draws as much value from the time he spent founding a start-up.

‘Running my own business was a useful experience for me now because Ocado has a very start-up and innovative culture,’ he says. ‘That is something we need to protect.’

The innovation dilemma is very relevant for a company like Ocado: as it grows, how does it protect the startup culture whilst at the same time scaling and maturing?

‘That’s a challenge for many technology companies. Some are better at it than others, and we have to make sure we’re one of those that is better at it. It’s useful, therefore, to have been through a start-up and, in a sense, have a feel of what it is you need to protect, rather than just taking it for granted.’

Aside from his work, Clarke is still just as interested in technology in his spare time, and is passionate about inspiring future generations to do the same.

The lack of women in IT bothers him, and he has campaigned relentlessly to get computer science into the school curriculum, rather than ICT. All of which, he says, is fuelled by his own experiences of starting young.

‘IT is much more holistic for me,’ he says. ‘It’s something I think about in the shower, and I spend time doing it with my kids. It’s much more embedded than just being something I thought about doing late on after university.

‘I hope my kids are as interested in it, but I also think it’s important generally how we pass it on to the next generation, because there’s so much at stake here for the UK if it wants to be a leader, not just in terms of online but incubating start-ups.’