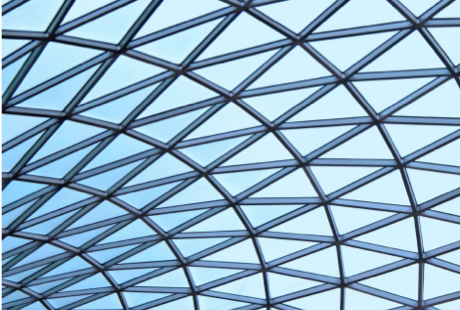 IT and marketing can be seen as two very different cultures: the former rational and practical, the latter, intuitive and creative. But as the complexity of digital marketing grows, those two cultures are being forced to merge.

One man whose career has embodied that convergence is Ali Hine, of UK spread betting firm IG Group.

Hine joined the company in 1999 as a futures trader, but quickly moved into IT as the company moved its trading processes onto an automated platform. He rose through the ranks to become CIO in 2008.

"By that time, we'd spent a lot on technology to develop great products," he recalls. "The next logical step was to start selling these products better.

And in the current age, that means managing data better. "To make digital marketing work, you need to make sure you're saying the right things to the right people, in the right context.

"That means we need access to all our data – our trading data, our CRM data, our "pay-per-click" and display ad data – cross-reference it, and it push it back out to our marketing applications."

"So I said to our CEO, 'We really need to inject technology into the marketing department."

Hine therefore took on the role of chief marketing officer (CMO), an unusual move for a CIO. In his new position, he is overseeing a number of data-driven marketing initiatives that allow it to make the most of its digital presence.

The decision to inject technology excellence into the marketing department coincided with a strategy to unite the company's legacy brands – IG Index and IG Markets – under the single IG banner. "We had two separate marketing budgets competing for very similar media space and it just wasn't efficient," Hine explains.

"All our clients call us IG, so we went through that process to rebrand and move everything under the IG umbrella."

That meant restructuring all of its data assets, which were historically associated with one brand or the other, into a new unified architecture. Having moved to the single data structure, IG is now working on building a single view of the customer that will allow its marketing professionals to combine information from all of its various channels – i.e. web, mobile and email.

IG has also moved to a single website, launched in June, which Hine says will make its search engine marketing much more efficient. "We will have much better SEO ranking and better efficiency in both natural and paid search."

Like many companies, IG is seeing growing adoption of mobile technology by its customers. The company's various mobile apps now account for 30% of its customer transactions.

But mobile is an increasingly important tool for customer acquisition too, Hine says. "We're seeing people opening new accounts on the train on the way home."

Indeed, mobile registrations allow IG to see how effective its offline marketing campaigns are. "If we put an advert in [London newspaper] the Evening Standard, we'll see a large peak in people opening accounts on the their iPhones."

In future, IG hopes to use its real-time trading data to create online adverts that show up-to-the-minute market developments. "Let's say all of our index trading customers are trading the FTSE because it's gone up 1%," Hines explains. "We can feed that information into ads on relevant websites, and tell visitors to those sites that something interesting is going on."

Clearly, marketing at IG is now extremely dependent on technology. But that does not mean Hines is trying to impose the IT culture on the marketing department. For one thing, he says, the pace of change in digital marketing is far faster than in conventional IT.

"In digital, it's all about speed and time to market," Hine explains. "You are building things that are short lived.

"As CIO, you take for granted that you need to build systems for resilience and scalability. But if I'm trying to put some data into a display ad that's running for a few weeks, how redundant does that data really it need to be?"

Even the way the marketing department collaborates is different from IT. "In IT, we run an Agile development methodology, but you just can't apply that kind of rigour to marketing. It's all about coming up with good ideas and expanding on those ideas, and trying to impose that level process doesn't work."

As it happens, Hine is trying to make the marketing department as technologically autonomous as possible. "We need technology, but we don't really want to involve IT. They've got enough to do."

"That means we need to build or buy products that non-IT people can use without having constantly having to go back to the IT department," he explains.

That said, there are certainly opportunities for IT and marketing to learn from one another. For example, the software development principle of "write once, run anywhere" is equally applicable to marketing copy in a global organisation. "To run an international website, you need automated content."

In particular, he says, the field of marketing would do well gain an understanding of what is technologically possible and the planning involved in major IT projects. "A lot of marketing departments are guilty of asking for things six weeks before their campaign is launched, but IT needs very strict guidelines."

After all, as Hine argues, the rigour of IT now underpins the creativity of marketing. "Marketing ideas require IT to make them happen."