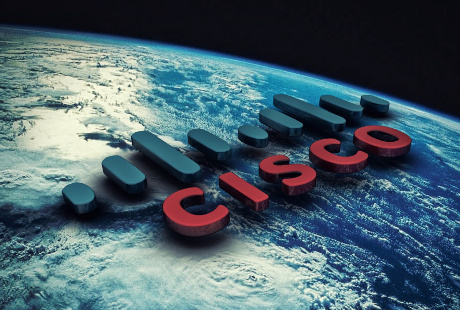 Cisco’s network equipment business is vulnerable to disruption by the rise of ‘software-defined networking’, according to an analyst at investment bank JP Morgan.

Analyst Rod Hall downgraded Cisco’s stock from "neutral" to "sell", saying that the impact of SDN on the company’s business will happen sooner that he had previously expected.

"We have become more convinced that SDN impacts are likely to come sooner and that those impacts will occur more rapidly when they begin," Hall wrote in a note for clients.

The market for data centre network switches could shrink by up to a third by 2015 thanks to software-defined networking, Hall said.

Software-defined networking is a technique whereby certain functions of a network switch that are usually conducted by the switch itself are handle by software running on a separate server.

Given that there is an established open standard for SDN systems, called OpenFlow, this could mean that companies can buy commodity switches for their data centres and perform sophisticated network management functions via software.

As the market leader in IP switches, Cisco is arguably the most vulnerable to disruption from this trend.

In August last year, Cisco CEO John Chambers specifically dismissed the argument that SDN poses a threat to its business.

He argued that customers still want to use switches whose on-board software has been specifically designed for the hardware. "Customers understand that optimising for the hardware-and-software combination to drive consistent experience, policy, quality of service, security and mobility, is the only way in our opinion to meet their total cost of ownership, reliability and scalability requirements."

Chambers also argued that Cisco’s Open Network Environment, a platform for developers to build software for use with its switches, supports the same functionality SDN. "The customer and partner reception has been very positive and we have a quite a bit more of our sleeve as you’d expect in this area," Chambers said.

However, it may not be the existence of SDN technology that poses such a threat to Cisco as company driving the current interest in it, namely VMware. In July last year, the virtualisation software vendor acquired SDN pioneer Nicira for $1.2 billion.

If VMware has half the success of disrupting the network equipment business as it has the server market, Cisco is certain to feel the effect.