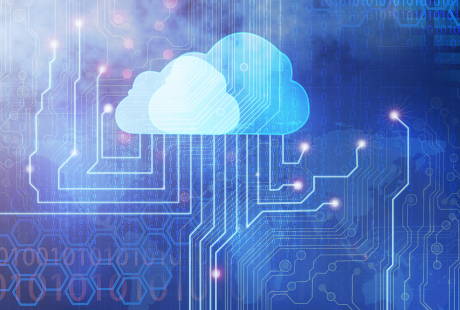 ‘Cloud computing’ has dominated the technology industry in recent years. Theories abound as to when the term was originally coined – this one suggests  its origins can be traced to a 1996 Compaq business plan – but the acceleration in hype over the last few years has spurred the kind of trending that Lady Gaga would be proud of.

Is it a fad, just a buzzword? While these questions have been debated, the reality is that our children are already enjoying life in an increasingly cloud-enabled world, gaming with ‘friends’ on different continents and backing up smartphones online via services like Apple iCloud; major enterprises have been extolling cloud’s virtues; and IT departments everywhere have been working away to achieve some of the promised technical and financial benefits of cloud solutions.

If it was tempting to see this as a technology conversation two or three years ago, now is the moment to jump back in.

Let me be clear: cloud computing will have as big an impact on business as factory production lines had during the industrial revolution. It’s a revolution in the way computing services are delivered and will have an irreversible impact on the way virtually every industry is run.

Technologists will be familiar with the three flavours of cloud, but management teams may still be trying to get their heads around it. The ‘public cloud’ involves a service provider making resources such as software or data storage available over the Internet either on a free or pay-per-use model.

An example of this is Amazon’s Elastic Compute Cloud (EC2) and this can be a quick, cost-effective approach for projects where information is not commercially sensitive or heavily regulated (although the process of removing your data from these platforms – should you need to manage it in-house at a point in the future – is somewhat unclear; more on this in a future post).

A ‘private cloud’ offers similar services but does so through a business’ own infrastructure, made available online via secure remote access.

This is often needed for computing services that require higher performance, reliability, security and management controls. Lastly, as the name suggests, a ‘hybrid cloud’ offers some combination of the two and enables a company to manage more sensitive or higher value information via a private cloud, and run other operations on a public cloud to benefit from greater flexibility and scale at a lower cost.

Cloud adoption is picking up pace: nearly half of EMEA decision makers think cloud architectures will overtake traditional ones in the next three years. We’re seeing organisations adopt one or other variant of cloud computing as commercial pressures mount and business needs escalate in keeping with the rest of the digital universe – which anticipates storage of digital data to grow 300-fold between 2012 and 2020.

Despite the hype, cloud is already reshaping corporate computing and business leaders should consider where the greatest opportunity lies for their company. For example:

Scale: one of the key benefits of the cloud is scale. Most businesses have regular times of the year when the demand for computing resource leaps, including seasonal sales trends or the end of a quarter or financial year.

As cloud develops, limitations around processing power, storage capacity and eventually bandwidth become less significant and it is easier for a business to ‘switch’ on additional computing. Corporate leaders can now plan ahead and decide which departments may need rapid access to scalable computing power which will boost productivity.

Mobility: the personal benefits of mobile working are widely accepted but cloud also opens up operational benefits. If staff are able to access systems through the cloud from wherever they are, without being limited by the processing power of a mobile device, then companies can rethink working practices.

For example, does the company still need to spend as much on office space if teams can work effectively by combining mobile and cloud? Does the company need to invest as much in physical IT, as the cloud makes it possible for staff to use less expensive client devices but still access corporate systems and data?

> See also: Transforming IT into a cloud service broker

Disruptive innovation: Cloud is redefining agility and accessibility in the enterprise: where it would once have taken six months or more to launch a new application, the cloud means business leaders can turn on a dime, rolling-out new applications within hours.

The IT-controlled and IT-limited paradigm of old has given way to a new world order that is business-controlled and self-provisioned, albeit where governance remains an open issue. Equally disruptive is the combination of the cloud and more extensive, readily available structured data from within an organisation – as well as unstructured data available online – which has the potential to create a wealth of valuable new business insight.

Cloud is evolving from being solely the domain of the CIO to a topic for the entire management team. In a sense, many of the talking points around cloud migration – the questions of writing down legacy investment, of shifting operational practice, of evaluating risk in a new context – are similar to those taken by a business that’s evaluating diversification or entry into a new market.

Make no mistake – yesterday’s cloud hype has become today’s reality. New companies starting up today are building their entire IT infrastructures using cloud tools, and businesses that don’t have an IT department today are unlikely to employ one in the future.

For most mid-sized and large businesses which have legacy infrastructure – or for organisations in regulated sectors – a balanced and realistic approach which tailors the different ‘flavours’ of cloud to a particular organisation will be vital.