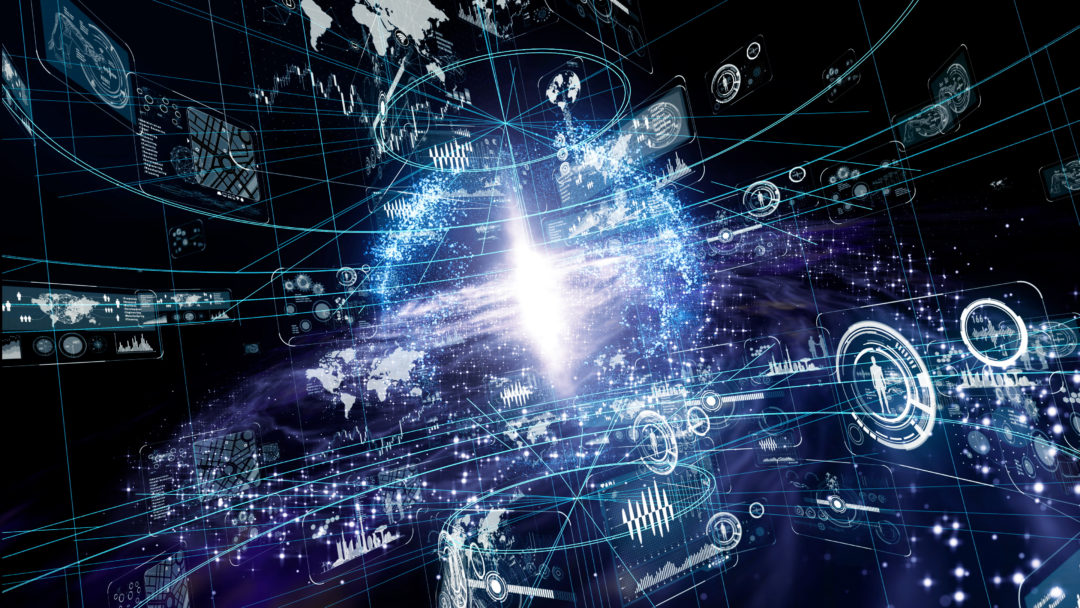 The Guinness World Records (GWR) has faced enormous digital disruption over the last few years, and their business model is radically shifting.

Facing massive demand for digital content, with the support of Ensono, GWR is transforming from a traditional publishing business to a digital media agency that processes thousands of applications and record enquiries a year.

The company has just migrated its business-critical IT architecture to AWS in its first move to public cloud, to provide scalability and agility in coping with this increased demand.

Digital disruption represents a monumental threat to traditional businesses, which is why GWR decided to move to the cloud and digitise its operations.

The Guinness World Records has selected Ensono to continue their business transformation, with the organisation’s move to AWS — the headline sponsor of Information Age’s Women in IT Awards UK and Ireland. Read here

Traditional is on the decline

The publishing industry, similar to other traditional industries, has been in decline for sometime now.

For a long time, GWR was primarily known for releasing an annual book of world record-breaking achievements, across a host of bizarre categories.

Rob Howe, the IT Director of Guinness World Records, explained how the business has kept up and staved off disruption — by diversifying, digitally.

“What we’ve done is we still keep our record-breaking at the heart of the organisation, that is available for everyone, but we have introduced commercial and consultative services for people that want to do team-building events, or they want to do product activations, or they want to engage with their customers,” said Howe.

“We are no longer just producing that annual that we do every year, but we are doing a whole array of other initiatives — depending on what market we’re in. In the UK for example, people still think about the book. But, in other territories like Japan and China for example, they don’t know about the book, we sell minimal volumes there, and they know us for the activation and consultancy processes, where people want to use our brand to engage with their community or their customers,” he continued.

The process of moving from a traditional business to a digital-first one is complex. It is a question of evolution.

Agility, flexibility, scalability and eventually, digital transformation (or digitisation). This is why organisations are moving to the cloud in their droves. Read here

When Howe first joined, it was a case of “throwing almost everything out the window and starting again”. They rebuilt GWR’s records platform and turned it into a content delivery system, while putting an enterprise-level content management solution in place.

The eventual move to AWS was slightly the wrong way round, admitted Howe. “But, it had to be done this way for contractual reasons with the existing partners,” he said.

“But we’ve now taken our new environment and put it out to AWS, so we can engage with people in a more responsive and highly available manner.”

Migrating to AWS: A business case

The decision to move GWR’s infrastructure to AWS was based on a desire to improve the business.

Since 2002, the organisation had been based on a private cloud, “to a degree, but it was just based in Heathrow”. And after the contract expired, Howe wanted to do something more “dramatic”.
The move to a public cloud provider was aligned with the business goals set forth by Howe and his partners.

“It wasn’t just about the technology,” explained Howe. “It was about making sure we got the right key partner to support our organisation going forward for the next five to 10 years.”

The reason AWS became the obvious choice was not just because of how well they worked with GWR, but because of the cloud provider’s ability to deliver content locally to people.

“We are using it so we can adapt, grow and autoscale our website. Web traffic is relatively consistent across the year, but all it needs is a key news story that we might not even publish, it might be a record we’ve approved but it’s not something that resonates particularly for us for some reason, but a community will pick it up and run with it or it might be an old record they pick up and run with it and we get that sudden flood of traffic to our website. We needed an infrastructure that could cope with that sort of activity,” said Howe.

The bulk of GWR’s infrastructure has only been with AWS for a month. But, it was on day 1 that the organisation saw the benefit.

“There was a record approved for the largest unlimited wave surfed by a woman, the female category of it, set in Portugal the previous weekend and so that news was broken and the surfing community went crazy,” said Howe.

“Within 30 minutes, we saw the sort of traffic we normally see across a day coming through to our site. On the previous infrastructure, we just had two servers, we couldn’t scale, we couldn’t respond to that sort of traffic, we just — either the customers got ‘sorry, this site can’t respond’, or it was a very slow experience. But, fortunately we could just turn on the autoscaling and it coped and so we were giving visitors a much better, smoother experience.”

It’s early days GWR’s migration to AWS, but moving forward there are going to be some keys benefits to the business and its customers. The main one: surviving disruption in three ways.

“Being able to provide content and deliver it to people in a more flexible way, and get content into markets that traditionally with just a UK-hosted data centre is a challenge,” said Howe.

“In China, they have blocks across IP addresses and things, and the government there discouraged these Western websites sometimes. Now, we can start using some of the edge locations to deliver content into a trusted zone and we won’t get that blocked. And that’s a key growth market for us in China, in particular.”

2. Coping with the data influx

“The second element is where users are generating content and delivering it to us,” continued Howe.

“Over the past year, we’ve seen a significant change in the volume of that data [photos, videos, eyewitness statements etcetera] coming into us from users and customers. It’s gone from about 500MB a month to nearly 4TB a month. This new infrastructure allows us to store things. It gives us flexibility to grow and contract as that volume fluctuates, and because it’s external and user generated, we have no idea what patterns that’s going to take.”

“This feeds into the third area, which is about making us more agile as a provider of services to the organisation and external customers,” said Howe.

“We’ve got a road map to convert our internal platforms into microservices and use containers to improve our offering. We can spin up new initiatives as we need to and then if they don’t work out, we can just shut them down rather than do costly hardware purchases. It gives us far more flexibility to respond to the needs of the organisation as we are growing and experimenting with new areas.”

Migrating to the Cloud – how to move seamlessly

Arnab Banerjee, Principal Consultant at Cornerstone OnDemand, explains to Information Age how when moving to the cloud there are several processes to consider including choosing both a service provider and the implementation provider as well as preparing your organisation for the change. Read here

Business migrate to the cloud for the benefits seen above: agility, flexibility and room to experiment and innovate, among others.

However, completely changing the environment you operate in will lead to some tensions, especially with organisations/industries where technology has been an afterthought until now.

“The biggest challenge,” explained Howe, “has been the mindset within the team here. There is an element of re-learning needed for IT professionals.”

The thing the team at GWR had to overcome internally were the new behaviours; the servers don’t necessarily do the same thing that they used to do in a public cloud environment.

“For example, traditionally we would have just deployed websites to two web servers and that’s it, software update done. Now we need to think more creatively, because we’re not using a permanent object on the network any more.”

“Thinking about things where we used to use IP-wide listings, we’ve had to change that mindset as well.”

“That’s been the biggest challenge for us and Ensono have been brilliant helping us on that journey and holding our hands through that process.”

“Because we built a brand new infrastructure and we took the opportunity to do software upgrades and migrate databases, the infrastructure itself wasn’t actually too challenging to get into place. It just took a lot of coordination with different suppliers and partners.”