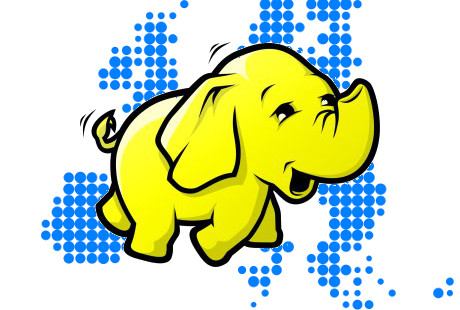 A survey of 300 attendees at two recent big data conferences in Europe indicates that Cloudera's distribution of the Hadoop big data framework is the most widely adopted.

Of the attendees surveyed, 30% had been using Hadoop for over a year and 34% said they were experimenting with the software, which allows organisations to process and analyse large sets of unstructured data.

And among those who were already using Hadoop, 41% said they are using Cloudera's distribution. In second place was the core Apache Hadoop code base, with 30% of the sample, then Hortonworks with 18%.

The survey, conducted by data processing software vendor Syncsort, also asked attendees which distribution they planned to use. Cloudera again led the pack, with 29% of respondents, but Hortonworks was this time in second place with 23%, and MapR and the core Apache code were joint third with 15%.

Attendees that had adopted Hadoop were asked what the business case for their implementation is. Responses were mixed, with 29% ticking the "scalability of storage / compute" option, 27% ticking "agility / flexibility" and 25% saying "complex data processing".

All attendees were asked to describe their organisation's ability to "deal with data". A quarter of respondents said that "don't get enough value out of our data"; 14% said "we don't really have a data strategy"; and 16% said "we are struggling with the tools to integrate our data".

Just over a quarter (27%) said "we feel we have a good data strategy and the right tools".

Information Age's May cover feature examined the factors shaping Hadoop adoption in Europe. It found that, aside from a severe shortage of IT staff with Hadoop experience, adoption is also hampered by the challenges of selecting the appropriate distribution.

Each commercial distribution, Gartner analyst Merv Adrian told Information Age, supports a different cross-section of the available plug-ins and add ons to the core Hadoop code base, and not one supports them all.

Buyers should "look at the vendor’s viability, support capabilities, partnerships and future plans for the technology," Adrian advises. "Above all, talk to reference customers.”