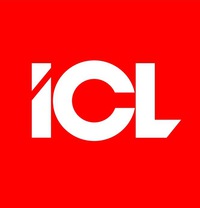 23 December 2003 The Co-operative Group has won a re-trial of its £11 million legal fight against computer services supplier ICL, after the judge in the original case was branded as ‘biased’.

The re-trial will examine for a second time the Co-op’s claim for damages against ICL, brought after the Co-op terminated a retail software implementation that, it said, was not up to an acceptable level of quality and which was delivered late.

The Appeal Court found that the judge in the original trial, Richard Seymour QC, had taken the line that Co-op managers had either lied or acted in bad faith and had consistently favoured ICL’s evidence. This meant that his “objective vision was distorted”.

As a result, the three Appeal Court judges hearing the Co-op’s appeal ruled that the case should be sent back to the Technology and Construction Court for a re-trial.

ICL was contracted to deliver an integrated electronic point of sale (EPOS) system, based on Fujitsu’s GlobalStore retail software, that could unify the 1,100 stores of the CWS and CRS. The project was started in March 2000.

But the Co-op pulled out in January 2001, just weeks before the final instalment was due to be implemented, because ICL refused to agree to penalty clauses for late delivery.

When the Co-op subsequently sued ICL for compensation, the case was thrown out because the judge ruled that the two companies had failed to agree a valid contract.

Summing up, Judge Richard Seymour QC had been stinging about the Co-op’s conduct and accused Co-op management from the CEO downwards of lying. He even criticised the company for the tone of the termination letter it sent to ICL. “[It was] just plain bad manners to treat the chief executive of a major company in this way,” said Seymour.

But the three Appeal Court judges ruled that Seymour had been wrong to accuse the Co-op CEO Graham Melmouth, IT director Keith Brydon and other senior managers at the Co-op of lying and exonerated them in their 44-page decision.

Fujitsu said that it was considering an appeal.

Links:
Legal counsel: Rules of engagement (September 2003)
IT service contracts rarely go without a hitch. In light of the Co-op’s failed lawsuit against ICL, Bill Gilliam, IT litigation specialist at law firm Eversheds, advises on tactics for handling the inevitable disputes.