Skip to content
Home » Ransomware » A common thread: how 5G mobility will be the uniting force behind the IoT

A common thread: how 5G mobility will be the uniting force behind the IoT 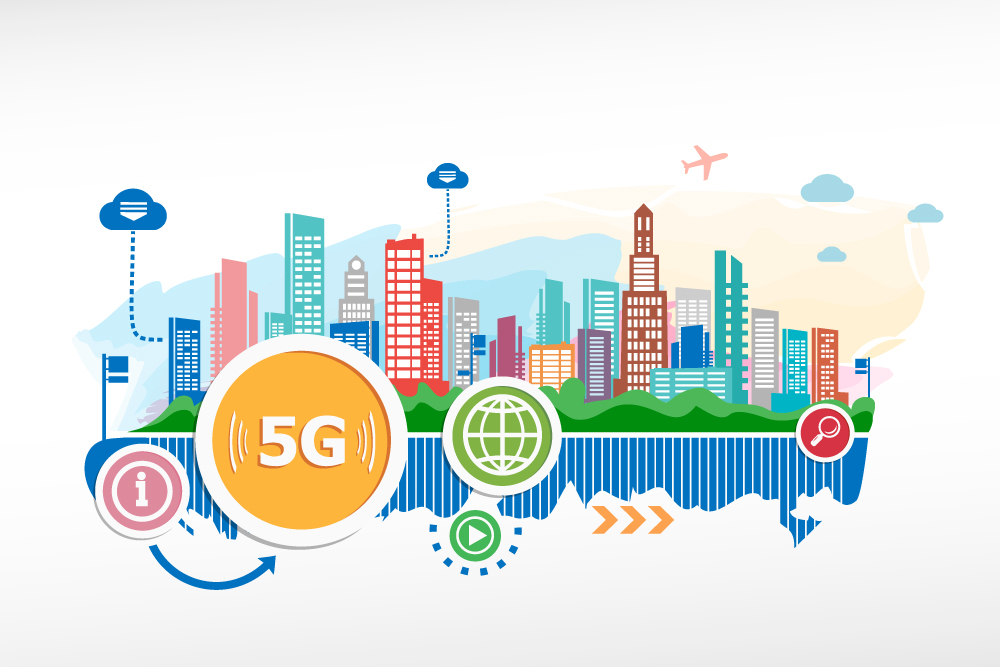 Around the world, the race is on to launch the fifth generation of mobile technology that will support the demands of businesses, consumers and governments in the next decade and beyond.

In the UK, for example, the University of Surrey’s 5G research centre – the largest academic centre of its kind in the country and one of the largest in the world – launched a new test bed facility this month that will demonstrate network speeds ten times faster than the fastest 4G network.

But there’s a lot more to the 5G vision than just speed. As Rahim Tafazolli, director of the University of Surrey’s 5G Innovation Centre, explains, ‘It is a transformative set of technologies that will radically change our private and professional lives by enabling innovative applications and services, such as remote healthcare, wireless robots, driverless cars and connected homes and cities, removing boundaries between the real and cyber worlds.’

These capabilities will make 5G a ‘special generation’ of connectivity that will have game-changing implications for a vast range of companies. A number of industry bodies – such as mobile operator association the NGMN (Next Generation Mobile Networks) Alliance – are working to accelerate the development of 5G around the world and bring industry players together to standardise it for the emerging Internet of Things (IoT) marketplace.

‘The demands of a fully mobile and connected society are characterised by the tremendous growth in connectivity and in the density and volume of traffic, the required multi-layer densification in enabling this, and the broad range of use cases and business models expected,’ said the NGMN Alliance in a white paper released at the beginning of the year.

‘Therefore, the launch of a 5G network will push the envelope in terms of performance, to provide, where needed, for example, much greater throughput, much lower latency, ultra-high reliability, much higher connectivity density and higher mobility range.’

But it will also provide the backbone for the IoT – everything from connected medical devices to connected cars that will reduce the number of accidents and lead to lower transport costs and fuel consumption.

‘We also see the general ability to cost-effectively support a wide range of IoT applications,’ says Collins, ‘some of which have high bandwidth requirements while others need low bandwidth and very long battery life. The networks will enable a wide variety of devices and applications without the IoT service provider or enterprise having to worry about the details of the network or radio technologies involved.’

In terms of timing, the researchers at the University of Surrey are estimating 5G service availability by 2018. That being said, most operators in the UK have barely got started with 4G, and geographical coverage and 4G subscribers are still low.

We have seen some 5G initiatives starting in South Korea and Japan – where the network is more mature – but in the UK communications regulator Ofcom is estimating 5G’s arrival at 2020 or later, with standards established and first trials in 2018, and commercial systems ready in 2020. As Collins explains, there is still a lot of work to do before 5G will be commercially viable.

‘Companies are starting to put the building blocks in place,’ he says. ‘There are clearly demands for much higher throughput (many Gbps). Even though advances in radio technology will provide greater spectral efficiency (bps/Hz), that will not be sufficient for tens of Gbps.'

Therefore, we will see the need for wider spectrum blocks. This will lead to the use of spectrum in higher bands than we are used to (6GHz and above).’ Enabling the complete 5G vision requires access to a wide range of radio spectrum, but there are also other challenges.

‘Today, most of the traffic is indoor (probably 70-80%), but buildings are normally connected by outdoor radio access nodes – an approach that can lead to poor indoor coverage. The success of the IoT requires a seamless experience indoor and outdoor, and that’s where small cells become very important as they can be used to eliminate this coverage gap.’

A solution based on small cells and distributed antenna systems (DAS) will enable organisations to connect people – and the new applications they depend on – both indoors and outdoors.

Today, four radio access nodes are used per square kilometre, but the initiatives in Seoul show that 40 radio access nodes will be needed to cover the same area. ‘The successful coexistence of LTE and Wi-Fi will also be key, and we should expect to see Wi-Fi spots deployed in LTE sites,’ says Partouche. ‘But perhaps more importantly, the deployment of SDN and NFV will be essential.

5G requires a highly flexible network infrastructure – its foundations are very different from the network available today – and the successful deployment of SDN is a requirement for the upgrade to 5G further down the road.’

> See also: The rise of 5G: the network for the Internet of Things

Carl Piva is vice president of industry association TM Forum, which works with over 900 organisations from a diverse range of industries to realise the potential on cross-sector collaboration and the IoT.

He argues that to support immeasurable latency, a massively greater number of connections per square kilometre and both stationary and mobile elements of the IoT, a lot of work needs to be done not just on theinterface but also on supporting things that actually go back into the network. ‘Our ambition is to figure out the whole management and orchestration for 5G and specific aspects of how you connect other digital ecosystems into a 5G environment,’ says Piva.

‘We will be pulling together a number of 5G projects in May next year to demonstrate and articulate some of those management and orchestration use cases, bringing together a number of ecosystem players that all have a role to play in 5G. We think that an elastic and dynamic set of infrastructure services will be something that will interest a lot of people next year.’

Orchestration on the fly

5G is still early in its research definition phase for most people at this point, says Piva, but it’s already known that it will rely heavily on virtualisation, and that in turn it will drive agility to do orchestration almost on the fly.

This in turn will allow people to do a number of things in relation to augmented reality, micro-surgery from a distance, and all kinds of interesting and exciting things that aren’t possible today if you’re not sure about the quality of the connection.

Before organisations can roll out service contracts like that, they will need to tie together service orchestration on the top layer with quality of service on the bottom. The ability to make NMV work when it comes to virtualising the resources in a network is also an important challenge that needs addressing.

> See also: Into the fray: is your network ready to take on the Internet of Things?

But the biggest change will be in unlocking previously commoditised services, based on the many and varied requirements of different types of services operating on the IoT.

‘From an operator perspective, 5G is a way to get back in the game again and be more competitive,’ says Piva. ‘Looking at Wi-Fi providers in the UK, what they’re offering is really not that different from each other. There are only small differences in terms of price and data plans.

But 5G will demand that they differentiate services in different industries, from the kind of low latency and high bandwidth you might need for driverless cars to other kinds of stationary objects that don’t require as much bandwidth.’

Once avenues for other industries to partake in the communications domain are opened, it will give rise to new revenue models and kick-start innovation in new and previously unimagined ways.

This will open up functions that are just not possible today because of the ultra-low latency they require, such as being able to communicate in real time with objects in a city and have them reply within milliseconds. For this, a more localised and distributed approach to data centres is needed.

But Collins argues that, while every new generation of wireless radio standards bring with it new benefits, enterprises do not need to wait for 5G to start adopting the IoT today.

‘The Internet of Things is in no way dependent on the availability of 5G,’ he emphasises. ‘Thousands of enterprises around the globe have been utilising IoT platforms and the existing 3G and 4G networks to deploy IoT services for more than a decade now. So all an enterprise needs to make IoT a reality today is to look to the existing 3G/4Gbased options.’