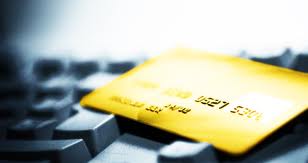 UK consumers have called for tougher punishments for companies that lose sensitive information.

The vast majority of the 1,000 UK consumers surveyed in a OnePoll study for LogRhythm said not enough is being done to uniformly penalize organisations that suffer data loss.

Furthermore, two-thirds of respondents said there should be legislation forcing organisations to declare data breaches.

Current EU legislation requires only affected customers to be notified, but 64% of respondents reported a desire for all customers to be informed, regardless of whether their data was comprised.

However, with 53% of respondents admitting they would think twice about doing business with breached organisations, it is understandable why businesses are so reluctant to declare.

When it comes to consumer confidence, the results were equally bleak, with 48% believing it inevitable that hackers at some point will compromise their data.

Echoing the results of a similar survey in November 2012, social media and gaming websites were deemed the least trusted keepers of personal information, while healthcare providers and financial services institutions were favoured for security.

“The barrage of data breaches this year has clearly impacted the way in which consumers perceive the security of their personal information, which points to an urgent need for organisations to up the ante on data protection,” said Ross Brewer, vice president and managing director for international markets at LogRhythm.

“EU data privacy laws go some way toward mandating full breach disclosure, but the feedback from consumers is that much more needs to be done – across industries far beyond the telecoms sector.”

In light of ongoing allegations of government-sponsored espionage, respondents reported concern over the level of information sharing between large organisations and internet companies – with 63% worried about the impact this has on who sees their private data.

In terms of national cyber security, only 16% of British consumers believe government organisations are doing enough to protect national assets from cyber security threats. However, that is an increase on the 11% in 2012.

“This year, the UK government has been very outspoken about its drive to commit more resources to cyber security, which could be a reason for the slight increase in public confidence,” Brewer said.

“However, it has been a tough few months, and as NSA and GCHQ spying headlines continue to mount, confidence is understandably still low.”