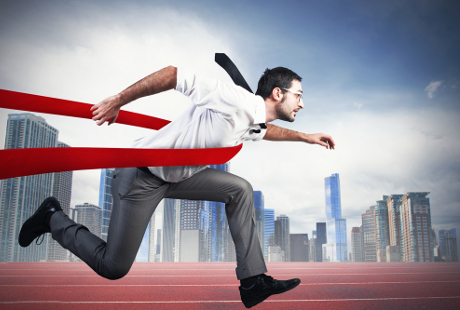 Nearly half of the businesses using Software-as-a-Service (SaaS) are achieving competitive advantage, rather than simply reducing costs.

Leading enterprises — those gaining competitive advantage through broad SaaS adoption — are collaborating more effectively through social business tools, improving the customer experience, and accelerating time to market through their SaaS initiatives, according to a recent survey conducted with more than 800 IT and business decision makers worldwide by the IBM Center for Applied Insights.

Global spending on SaaS is expected to reach $45.6B by 2017, according to industry estimates. SaaS is often used by line-of-business leaders who are looking to deploy technology to rapidly provide their teams with needed functionality, increase productivity and address new market opportunities.

In fact, industry analysts estimate that by 2017, CMOs will spend more on IT than CIOs, while Forrester reports that 65% of business leaders have plans to buy technology for their group without involving IT at all.

> See also: The impact of cloud computing on the UK's IT industry

However, circumventing IT to deploy SaaS without provisioning and securing it first can have unintended consequences, and IBM’s study suggests that organisations in which IT and business leaders work together to select, secure and deploy SaaS applications are in fact the ones who deliver the greatest value to their organisation.

Further, organisations that are gaining the most out of their SaaS deployments are more likely to see it as a critical piece of their enterprise cloud strategy when compared to their peers.

Princess Cruise Lines originally turned to SaaS to save money and benefit from increased efficiencies while gaining instant access to technology resources. Over time, however, the company realised that the IBM Connections social software platform, delivered as a service through the cloud, fostered a more team oriented environment resulting in more innovative thinking.

Princess uses this as a competitive differentiator in the market to tout its superior customer service, the net effect of a socially advanced workforce. Nearly one in five companies that responded to IBM’s survey has deployed SaaS broadly and is now gaining competitive advantage as a result.

By developing mature and cohesive enterprise-wide SaaS strategies, these pacesetter organisations are able to improve market agility, achieve a deeper level of collaboration and make better decisions than their peers.

The study confirms that SaaS is delivering on a wide array of benefits, on top of lowering total cost of ownership, and shows that organisations that strategically and collaboratively deploy SaaS are able to execute on programs that drive business growth better than their peers who lag with SaaS deployments.

'Whether they are using it to enter new markets, transform or create entirely new business models, or improve relationships with their customers and suppliers, pacesetting organisations are embracing SaaS in a meaningful way.'