Skip to content
Home » Sectors » Consumer Electronics & Mobile » The convenience of convergence: an enterprise view of the BT-EE deal

The convenience of convergence: an enterprise view of the BT-EE deal 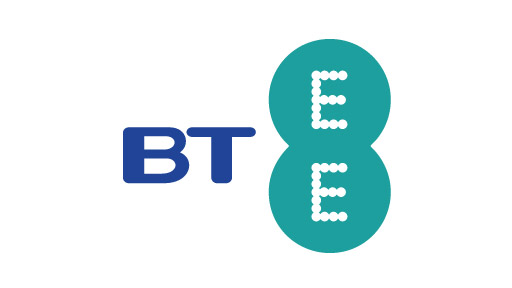 Neither Ofcom nor the Competition and Markets Authority have raised an objection to the BT-EE merger, and for the first time in just over 14 years BT will once again be a mobile network operator.

It has taken a rather circuitous route. MMO2 was demergedin 2001, and was, four years later, bought by the former national Spanish telco Telefonica. In the meantime Everything Everywhere, or EE, was formed in 2010 by the merger of the T-Mobile and Orange mobile businesses owned by France’s Orange S.A and Germany’s Deutsche Telekom.

It is this Franco-German entity that is now being bought by the very British BT, while (subject to regulatory approval) Telefonica is also in the process of selling O2 to the Hong Kong-headquartered telco, Hutchinson Wampoa. Are you keeping up?

Of course much of the consolidation is taking place because of the advantages of scale. Building mobile networks is an expensive business which involves spectrum auctions, significant fixed infrastructure networks, property to support masts, fantastically expensive marketing campaigns and the need to sponsor major sporting and concert venues.

Scale enabled EE to launch 4G into the UK almost a year before their rivals, stealing a march on the competition and establishing a dominant position with the new technology.

But EE had all the scale it needed. It had already merged two smaller businesses and was the biggest network with the most subscribers and the gaudiest colour scheme.

BT wants to get back into the mobile game acknowledging that mobile is where an awful lot of the action is, and that having a combined fixed and mobile offering will give it a competitive advantage.

For many, the fixed vs. mobile argument was lost years ago. The landline has for them become an antiquated oddity that you can plug onto the end of your broadband circuit and receive lots of recorded messages about PPI and solar panels.

>See also: Why UK network operators have to switch on to the quad play opportunity

Even in the business world, the fixed phone on the desk is a cross between a paperweight, a clock and an Ethernet port. Some people use it just once, to set up a call divert so that if somebody does ever phone their landline number, it will actually ring on their mobile.

Obviously this is not the case for everybody. Contact centres and other professions that involve very fairly static work environment make a lot of use of a landline phone, although this is increasingly less likely to be a piece of plastic and more likely to be some software and a headset.

So, we are beginning to see an increasing polarisation between the fixed and the mobile networks. The fixed networks, where you are not frustrated by pesky limits such as the capacity of the electromagnetic spectrum and the need for ever more capacious batteries, are doing the heavy lifting of data communications.

The mobiles can do the lighter-weight tasks of voice calls, Instagram and email. And it is how people instinctively behave. Nobody but the most cavalier would ever download movies over their mobile network (hence the universal allure of "Free Wi-Fi"), yet most don't think twice about the cost of a call or a quick Facebook update on the mobile network.

So for consumers, BT needed to become relevant again – to be able to compete with a real "quad-play" offer of landline, TV, broadband and mobile. All well and good as they go up against TalkTalk, Virgin et al, but what does that mean in the workplace?

Fixed-mobile convergence is a term that has been bandied about for the best part of a decade, but has never really made much in the way of an impact. What we've had instead is fixed-mobile substitution, where we've simply changed our behaviour.

UK landline calls have fallen by nearly 40% in the last five years, where the mobile equivalent has grown by 8%. As smart as smartphones are, some people still would like to be able to use the landline, with its high quality speaker phone and non-ear-warming handset, as conveniently as they can use their mobile.

In fact, there are a lot of things some people want. Here is a list of some of them, and they shouldn’t ought to be very difficult: calls to find them wherever they are; a single voicemail box; a single telephone number; to present that single number as a calling line ID (CLI) every time they make a call; to transfer or conference the call whatever device they’re taking it on; to be able to record or not record the call, regardless of the device they’ve taken it on; to be able to dial from screen or pop up a record regardless of the device they’re using; and to see missed calls and recently dialled calls from any device on any device.

Now, actually, a lot of this is possible. But it is messy. It involves mobile clients, PC clients, SIP integrations, diverts here and there and integrating multiple systems.

It's the sort of technology that you need a pretty big population of mobile users to justify right now. But as fixed and mobile converge and start to use the same protocols and networks, it will become simpler. And as the companies that provide the services converge there's more impetus for them to make it cheaper and simpler. And that will be interesting.