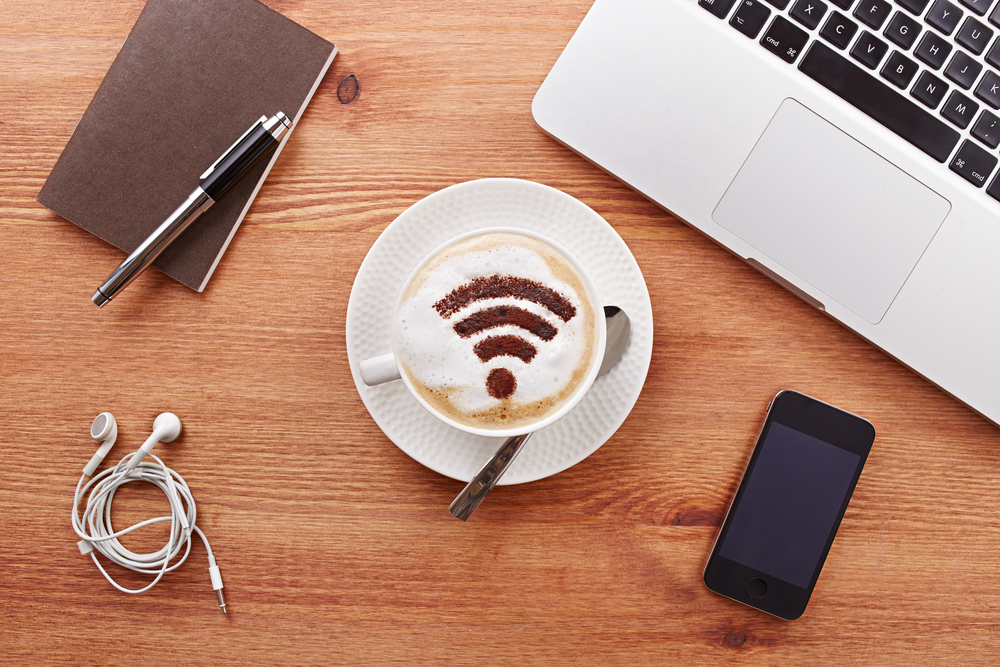 Hype is nothing new to the IT industry, but once every so often a technology emerges that exceeds all expectations. One such example is the wireless Internet technology, WiFi. In 2001, analyst group IDC predicted that there would be 12,000 wireless hotspots in Western Europe by 2006. Today, there are already well over 10,000 in the UK alone.

However, numbers do not tell the whole story: the number of hotspots actually looks set to shrink. But this is far from indicating the end of the road for WiFi. Instead, hotspots are beginning to merge, creating a metropolitan network of high speed wireless Internet connectivity.

In the London Borough of Islington, the “Technology Mile” of free WiFi access has been so successful since its launch in June 2005 that it has already been more than doubled in length. “The service is robust, reliable and customers are keen to use it,” says John Lowin, the council’s head of IT.

The council originally saw public WiFi as   the means to close the “digital divide”, ensuring the “60% of residents [that] don’t have access to a PC” could still use the council’s new online services.

As well as bringing Internet access to busy streets, PCs were installed in cafés and voluntary sector buildings.  A bus visits council estates creating temporary hotspots. Social workers now use PDAs when making their rounds to get instant responses for customers, and the council has a wireless back-up if its internal network goes down.

“What has been really interesting is the public’s take-up”, says Lowin. “We have 1,000 customers a week using the service and we haven’t really driven the publicity around it yet.” The council is now investigating new ways in which to exploit the vast network it has under its control, including voice applications and use by the emergency services.

Municipal WiFi networks like Islington’s are just one of the ways in which today’s mobile footprint is expanding. While GPRS has given limited wireless data access for some time, wireless networks that are useful to mainstream businesses – from laptop-toting knowledge workers to itinerant CEOs – have hitherto been lacking.

Take the US example: according to analyst group Forrester Research, 71% of US companies have deployed mobile email systems, yet only 25% have deployed mobile line-of-business applications such as salesforce automation. These enterprise applications have more data to process and need more regular interactions, which the GRPS network has not allowed – until now. According to Forrester nearly two-thirds of US businesses will increase spending on mobile data services and devices in 2006.

“3G broadband opens up the gateway to using [3G cards] for business critical apps beyond email.”

Mobile operators T-Mobile and Vodafone have already upgraded their existing 3G networks to HSDPA. Initial speeds of 0.4 megabits per second (mbps) – the bottom end of the wired broadband speed spectrum – can be boosted to 1.8 mbps through a software upgrade. Further enhancements pencilled in for 2007 promise to ramp the speeds close to 2 mbps for uplinks and 3.6 mbps for downloads.

Having spent a fortune on the 3G licences, the mobile operators now believe the infrastructure is in place to captivate business users. “3G broadband opens up the gateway to using [3G cards] for other business critical apps beyond email,” says Mark Bond, Vodafone’s enterprise marketing director.

The other major development in wireless is WiMax, akin to a super-strength WiFi. One WiMax mast can theoretically cover up to two miles, though a few hundred feet is more realistic in built-up areas. Bandwidth is likely to average 1 mbps to 4 mbps for each user per mast.

WiMax has some heavyweight backers, including chip maker Intel. It played a significant role in stimulating WiFi demand through the inclusion of radio receivers in its Centrino laptop processors; it now hopes  for the same results with WiMax. The company has announced that it will introduce a chipset for portable devices with built-in mobile and fixed WiMax connectivity by the end of 2006.

To ensure the networks are there for laptops and new “ultra-mobile PCs” to access, Intel Capital, the company’s investment arm, is backing deployments in the US, Mexico, Germany and Australia. UK Internet service provider Pipex is launching its first pilots in Stratford-upon-Avon and plans to begin rolling WiMax out to six other cities, including Manchester and London.

Intel Capital’s president Arvind Sodhani will not reveal the company’s total WiMax investments other than to say it is “a ton of money”, and much more than it spent on WiFi. But it hopes to reap the rewards: market watcher Frost & Sullivan predicts the WiMax chipsets industry will be worth $257.3 million by 2008. Indeed, in a recent report, its analysts said that while 3G has a substantial head start, the combination of WiMax and “2.5G” cellular networks, such as GPRS, could be a cheaper alternative.

With so many alternatives, and with vendors having sunk so much capital into their own favoured technology, the debate is becoming polarised.

“[Vodafone’s 3G broadband network] brings ubiquity of coverage, with the convenience factor and a good customer experience,” says Vodafone’s Bond. WiFi and WiMax is not able to match that service level, he adds.

Similarly, Intel Capital’s Sodhani does not see HSDPA as a viable competitor to WiMax. “I don’t think they are in the same generation,” he says. “My belief is that WiMax will deliver at least two to three times HSDPA speeds. They are fundamentally different – think of WiMax as a network designed and created for data” as opposed to one within which data is a secondary consideration.

But while vendors are caught up arguing over technologies, users are pressing ahead with exiting technologies. Paul Munnery, director of Wireless CNP, a provider of professional wireless infrastructure sees a “blurring” of WiFi’s traditional definition as an indoor, local-area technology. “Because it’s available now and WiMax isn’t, WiFi is filling the space in the metropolitan area that we were hoping and expecting [WiMax] to do,” he says. “WiFi is perfectly able to deliver the sort of services we need in a metropolitan area.”

At the British Library, head of estates and facilities John de Lucy had to overcome internal resistance in order to install a WiFi network, which has enabled readers to browse the Internet as they research its books. “I had no budget, and nobody particularly wanted to do it,” he says. “The IT department was not interested and didn’t want to deliver WiFi into staff services.”

“WiMax is different: it is a network designed specifically for data, not just a network that can be used for data.”

So de Lucy entered into a partnership with Building Zones, which built the infrastructure and took on the initial financial risk, on the basis that revenue derived from the network is shared between the two parties. After a free trial period, visitors can pay to use the service by the hour, day or month – and they do, in droves. At its peak, during August 2005, users were online for a total of 450,000 minutes. Each session can support up to 600 concurrent users, and the network is sufficiently robust to support VoIP calls without degrading other users’ experience.

The scheme is now profitable and the Library is “fast becoming a business meeting area,” says de Lucy, attracting many more people to its conference centre and café than it did before the WiFi network was installed. “Public libraries are missing a market for touchdown business sessions that could help them survive.”

Hitherto, the principal providers of WiFi have been service providers and aggregators like BT, T-Mobile and the Cloud. While the existing coverage of WiFi hotspots is still too patchy to ensure constant connections, these companies too are expanding their coverage. The Cloud, for example, has initiated a project to blanket the Canary Wharf area of London.

Under its Wireless Cities initiative, BT is working with six local authorities across the UK to deploy WiFi networks. As in Islington, these will be partially funded by the municipalities in order to boost mobile working for public sector workers, but then also opened up to local council residents, sometimes for free.

“The more private sector work there is, the less the council pays,” says Marc Meyohas, CEO of Cityspace, which implemented Islington’s wireless network. This is an arrangement that suits individuals but is not intended for businesses users as it “is not robust enough in bandwidth and there is no service level agreement”, he adds. Running VPN services that the itinerant businessman needs would be hard over Islington’s free network.

BT will work with councils to define their requirements, and then layer quality of service and additional applications onto the network for which it can charge consumers and businesses, says BT wireless chief Steven Evans. For example, location-based services could enable councils or business to track their employees’ movements.

However, councillors will be hoping that these projects do not go the way of Taipei’s metropolitan wireless network. The world’s largest and densest WiFi network, blanketing 90% of the population, has attracted just 1% of the population for the monthly $12.50 subscription since its launch in January 2006.

Evans dodges the question of whether this is a high-risk strategy for BT and its partnering councils: “It’s a very innovative venture,” he says. But BT has another string to its bow: its fixed-mobile convergence strategy. This will enable customers to make cheap mobile phone calls inside the office, using the local WiFi network, and use the same handset for cellular calls outside. BT hopes that customers will eventually be able to pay as little for calls they make in BT Openzone hotspots as they do in their BT-run office networks.

But can BT really compete when so much connectivity is being offered for free? The market is moving towards a free access model says Skip Taylor, VP of product marketing at Fiberlink, a provider of WiFi access and security services. “With the success of mobile data, WiFi hotspots now have competition.” Nevertheless, adds Taylor, research has found that the overall cost of mobility is still on the increase, because of the cost of providing secure access to corporate networks and applications.

Indeed, IDC predicts worldwide enterprise spending on wireless infrastructure and applications services, in their offices as well as outside, to increase at a compound annual growth rate of 12.5% between 2005 and 2010, when it will reach $56.7 billion.

If past form is anything to go by, this is a conservative estimate of just how much mobile working will take off in the coming years – whether enabled by 3G, WiFi, WiMax or a combination of all three.