A crypto year in review from KR1 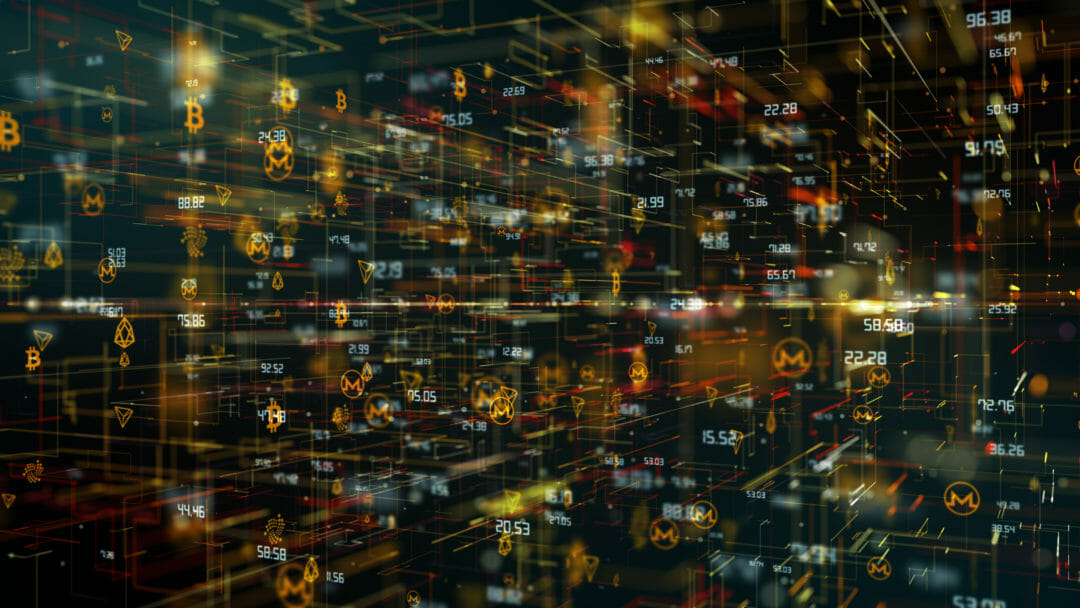 Wow that was quick, here we are at the end of 2019! The year for crypto markets and blockchain technology has been slow and steady. Large capitalised cryptocurrencies had a strong year and have been one of the greatest investment success stories of the last decade. The crypto markets are a paradox as the price action seem to act independently to what’s actually going on in them! As Pantera summarised nicely in their December newsletter recently is to forget short term price action driven by traders: “Bitcoin and blockchain are like early-stage venture — but with a real-time price feed (…) view it like venture, a five-to ten-year investment.”

Blockchain has entered its late phase of road and rails infrastructure, with notable mentions to Cosmos and Polkadot‘s technology frameworks to support an interoperable network of multiple chains. The biggest mainstream media news over the year were undoubtedly the announcement of Facebook’s Libra project and China’s PBOC digital currency. Outside of finance the most exciting news was that Jack Dorsey, CEO of Twitter, gave a clear signal that they were serious about decentralising the service as Twitter, the protocol. 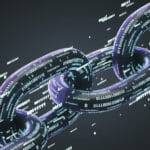 To just look at 2019 would miss the fact that it’s the end of a decade. It’s been an extraordinary one which we can call the ‘Digital Decade’, as we have shifted to a digital networked society and economy. The best evidence of this is provided by the clear shift in market capitalisation of the top ten global corporates. Fossil fuel companies like Shell and BP have been replaced by digital and software companies like Apple and Microsoft with companies like Facebook, Amazon, Netflix and Google (the so called ‘FANGs’) on a relentless drive.

The decade also started with the explosion of Bitcoin into the world, which has subsequently spawned thousands of decentralised ideas and dreams. Bringing to life exciting new economic models and level the playing field of private data protection. Using the concept of person to person file sharing and torrenting like Napster from the late 1990s and then adding an unhackable consensus mechanism to transactions, Bitcoin solved the age old problem of digital trust. Now, we are looking forward to the next decade of new services and dreams that will go mainstream using that core principle. We now have privacy focused currencies and messaging technology, smart contract services, decentralised financial services and many more to come. 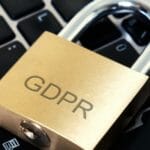 Data protection compliance should be at the heart of every business

The lesson of history is to that look forward you also need to look back. The prediction for 2019 was that institutions would join the party, regulation would tighten, and it would be the year of the ‘stablecoin’, with regulation to help stop scams, institutions to bring volume and stablecoins to stop volatility in many decentralised services. These all played out to some extent.

The lesson of history is to that look forward you also need to look back. The prediction for 2019 was that – institutions would join the party, regulation would tighten, and it would be the year of the stablecoin. Regulation to help stop scams, institutions to bring volume and stablecoins to stop volatility in many decentralised services. These all played out to some extent.

We did get much more clarity around regulation from the UK’s FCA and USA’s SEC. The FCA released a whitepaper in the late spring and it was quite enthusiastic for crypto, apart from derivatives which it saw as the devil. The SEC was notable in some of the cases it brought against ICOs like Paragon. The biggest stablecoin news was Facebook’s Libra, which scared everyone from governments to normal hodlers. However, it seems destined to have a multi-year wait, if it ever happens.

While China’s release of its PBOC coin will kick start a race for digital national currencies, will consensus-based currencies gain even more value? The Bank of England calculates that running a national digital currency can add 2% on your GDP. So just releasing a digital euro, dollar, yuan or pound can have a positive boost to your local economy. Su Zhu, the CEO of Three Arrows Capital, had an interesting theory on ‘fedcoins’, as they are being called, which is that national digital currencies being released may see a split between them and consensus based coins like Bitcoin or Ether, which are not controlled but a single company or government. Which one are you more likely to trust?

Being an investor in the space, the big switch up in 2019 was the dwindling of the ICO return model of 2017-18. At KR1 we were pioneers of the ICO model, sorting the wheat from the chaff, being maybe one of the first token investment company formed in March 2016. We could recycle profits quickly from one project after holding for a few months with a double digit return. I did think things would pick up more in 2019 after a disappointing end to 2018, and as such its been a tougher year to be an investor. Amazing returns are still there; you just have to be canny and patient over a longer cycle.

We have, however, seen the overall quality of projects pick up. There are less projects around, but much higher quality. Better technical teams and great innovative technology, although the days of the Layer 1 projects must surely be over. Layer 1 blockchains are the base level rails, the ‘road and rails’ of the technology. I doubt if many more than around ten or so major infrastructure blockchain projects will grow any meaningful developer communities. The fight for developer hearts and minds will be dominant in 2020, an example of this battle was Algorand’s recent hackathon which only had one entry.

In price action Bitcoin lifted from a miserly low in January 2019 to a semi lift-off hitting $12,000 before falling back down to the end of this year. The big debate around Bitcoin continues; is it a purely digital store of value like gold, or does it want to be a mainstream day-to-day used currency? If you look at the market and crypto discussions, the community is split on this. Surely, if the BTC price continues to go up then no one will want to spend their Bitcoin? Following this logic Bitcoin seems to be slowly taking a side. Bitcoin could become an institutional asset reserve and private Bitcoin transactions become a rarity, as prophesized by one of Bitcoin’s earliest-ever advocate, (and maybe Satoshi?) Hal Finney. Another important question on top of everyone’s Bitcoin brain is will the bull market come back in the year of the ‘Bitcoin Halvening’? The halvening is expected for May 2020. 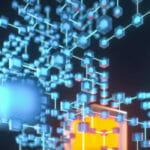 As use cases for the technology grows, every business and CTO, or equivalent, will need a blockchain guide to help them navigate unfamiliar territory. Read here

Ethereum price action was mixed, starting off at $135 in January it peaked at $354 in June and is hovering around $150 now in December. It’s been a difficult year for Ethereum in many ways but Ethereum will still either be the winner that takes all, or continue to dominate as one of the top three chains. There are 200,000 active developers on the platform, Joe Lubin set a target at Ethereum’s Devcon 5 in Japan of trying to inspire 1 million developers to join in. The end of the year saw a significant milestone for Ethereum with the release of the Istanbul hard-fork, which brought more efficiencies and throughput. During 2020 we should see applications on Ethereum that are seeing one or two orders of magnitude more transactions per second than current performance, killing the scaling debate once and for all. The big Ethereum 2.0 upgrade goes live next year and many are divided to its potential success as it may require the current DeFi interoperability of services to tweak a few things and adjust accordingly to ensure compatibility. Don’t forget some of those detractors have other agendas. Ethereum is still the one to beat and watch out for as it too could have a huge peak in interest and subsequent spikes in price next year.

If 2020 is going to be the year of staking, then 2019 was its inception. With Cosmos launching its staking network in March it was the first sophisticated Proof-of-Stake network to launch fully mainnet ever since those were theorised a few years back. Cosmos has one of the best teams in crypto and they absolutely smashed the launch starting with it’s incentivised Game of Steaks testnet. We love staking as a software architecture choice (especially versus wasteful and energy intensive Proof-of-Work mining) and also as a reward mechanism for long-term aligned hodlers, it opens up a lot of additional design space with regards to token distributions and mechanisms like we’ve seen with the Lock-drop earlier this year. Let’s hope it holds out for any security dramas and keeps growing! 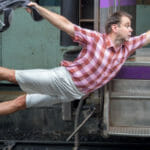 There are two reasons to consider investing in blockchain says Dr. Demetrios Zamboglou as he ponders the future of blockchain. Read here

DeFi was not on the list for the prophecy of 2019. DeFi is a group of decentralised finance projects that allow new types of financial products to exist, such as Maker’s Dai, which is a decentralised stablecoin not owned by any central entity. We at KR1 seed-funded many of the DeFi services you see around (before the DeFi term/theme was even a thing), and were recognised in Camila Russo’s ‘The Defiant’ newsletter as the world’s leading DeFi investor! We are excited by the new DeFi services we are seeing. We have moved from Layer 1 excitement to DeFi as being the most exciting of opportunities. There is so much innovation oozing out of this area of blockchain.

DeFi at its current stage is primarily driven by Maker DAO, which has found a product market fit. Compound was a tear away success and will figure out its model after a rocket fuelled start. Argent, which we seed funded, performed strongly on its new wallet release, natively integrating the before mentioned. Nexus Mutual, a decentralised insurance alternative has really started to boom. We seed funded Nexus and saw it struggle for many months, until eventually it just clicked. Now it’s flying along with over a million dollars of smart contract cover issued. The continuous performance of Uniswap was a clear standout success providing a simple automated service that allows people to swap ERC20 tokens (or launch cool bonding-curve crypto swap like socks or shirts). Finally, a notable mention must be given to the Melon protocol for fully decentralising in February and being at the leading edge of decentralised governance and trust-less asset management. We will see almost all innovation of DeFi hopefully eventually converging into Melon.