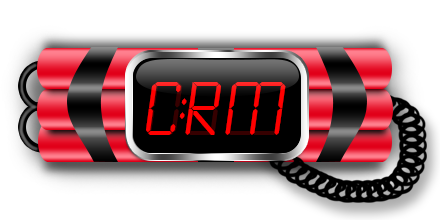 In 2004, three senior employees at customer relationship management software vendor E.piphany (all of whose wives were pregnant at the time) quit their jobs and spent six months at home building their own CRM application from scratch. Then they gave it away.

The founders of both companies felt that the dominant model for software product creation is vendor-centric: not only do vendors dictate the scope of functionality that their customers will receive, but they deliver new products and enhancements at a glacial pace.

As SugarCRM, Salesforce and others have tried to move to more customer-centric models, the CRM market has shifted from one defined by consolidation and commoditisation into the testbed for new models of application development and distribution.

No more so than Salesforce.com, which as well as trailblazing the software-as-a-service application delivery model has also pioneered the establishment of a third-party  development ‘ecosystem’ around its product.

With its AppExchange, the company has created a marketplace for independent software vendors (ISVs) to offer add-ons and extensions to its core CRM application, and the forthcoming Apex hosted development platform will allow ISVs and service users to customise the underlying business logic of Salesforce applications.

Challenging that model is SugarCRM: far smaller in size but growing quickly, it already counts Starbucks and NASA among its 220 customers.

The company’s founders, John Roberts, Clint Oram and Jacob Taylor, released their home-grown CRM application through SourceForge, the leading open source software exchange, where it quickly became ‘Download of the Month’ as thousands of open source enthusiasts began installing and enhancing the product.

Armed with $26 million in venture capital, the SugarCRM management team went on to release Professional and Enterprise editions of the application set. These share the same kernel as the open source release, but are optimised for larger implementations, can be delivered on-premise or on-demand, and carry price tags of $275 and $449 per user per year respectively.

Both models share the common goal of exploiting talent outside their corporate walls to develop applications. And SugarCRM CEO John Roberts describes this evolution of code as ‘biological warfare’, contrasting it with the incumbent software vendor’s existing approach of ‘nuclear armament’.

But they differ in the degree of control that resides with the vendor. While Salesforce.com manages its entire environment, even offering developers on its AppExchange the opportunity to rent premises in ‘incubator’ buildings, SugarCRM looks to the open source community for innovation and distribution.

One of the key advantages of the ‘commercial open source’ model, says Roberts, is that it removes the need for heavy sales and marketing spend, which would otherwise make the product more expensive.

With SugarCRM, organisations download the standard version through open source channels, try it out and, in some cases, adopt the paid-for version without any prompting from the company. “These days, customers want to appraise the application, not the sales person,” says Roberts.

Roberts is disparaging of the Salesforce approach. The company’s insistence on software-as-a-service delivery is “frankly insulting to customers”, and the forthcoming Apex platform is “just another proprietary development language”. Also, the significant cost of Salesforce’s formidable marketing effort is transferred to its customers, he argues.

But Rene Bonvanie, general manager of the AppExchange, is unphased. “With open source projects, you always end up paying the difference on support,” he argues.

And while Salesforce’s marketing may be expensive, the size of the customer base that it has attracted is a significant draw to independent developers. “The main attraction to the AppExchange is that we have customers on there, paying real money,” says Bonvanie.

Which model will eventually drive more innovative application development depends upon the independent software developers. If the open source community remains the hot-bed of collaborative innovation it is today, SugarCRM is ideally placed to benefit. But if Salesforce’s ready money and customer base can tempt developers away from their principles, it may have the upper hand.

Ben Lobel is the editor of SmallBusiness.co.uk and specialises in writing for start-up companies in the areas of finance, marketing and HR. More by Ben Lobel