Cyber attacks could be the next major banking crisis, KPMG says 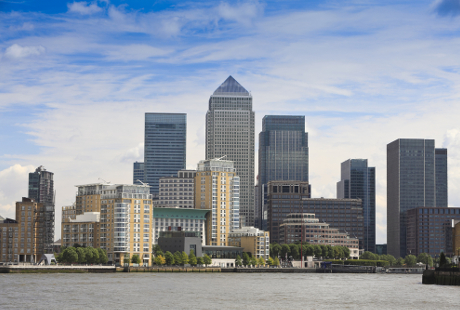 The next major crisis to affect the UK's banking sector could be cyber attacks, according to a new report from KPMG.

The professional service firm's Bank Performance Benchmarking Report found that that the UK's top five banks are "starting to get back on track after the financial crisis".

It found that lending and customer deposits both grew in the first half of the year, although return on equity – a measure of how well the banks are investing – is still half what it was in 2005.

But the report warned that the next "systemic shock", akin to the credit crunch, could well come from an unexpected source. This could include a new form of cyber attack against which banks are unable to defend themselves.

"After years of improvement, UK banks suffered a 12% increase in online account fraud last year," KPMG said in its press release. "Furthermore, the motivation for cyber assaults is shifting, from financial crime to political and ideological attacks, with the number of state-sponsored hacking and ‘hacktivist’ revenge incidents growing.

"Six major US banking institutions suffered website outages in 2012," it said. "Their UK counterparts have escaped similar mass disruption assaults so far – but they remain under pressure to ensure their critical systems are robust enough to cope with a failure."

Another "systemic shock" could be a massive outage to the sector's payments processing infrastructure, KPMG said.

Cyber security is already high on the agenda for many of the UK's major banks.

In June, the Bank of England's head of financial stability told the House of Commons Treasury Select Committee that four out of the UK's five biggest banks had told him that cyber attack was their biggest threat.

"The focus on credit, market and liquidity risk over the past five years may have distracted attention from operational, and in particular cyber risks, among financial institutions and infrastructures," Andrew Haldane told the Committee. "This is a rapidly rising area of risk with potentially systemic implications. It calls for a system-wide response."