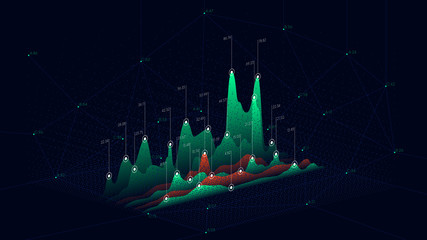 Snowflake Computing has announced the results of a Harvard Business Review Analytic Services study: “An Inflection Point for the Data-Driven Enterprise”. According to the study, there are deep gaps between what enterprises want to implement and what they have actually accomplished with modern data sharing and advanced analytics. In essence, only a small percentage of enterprises surveyed are truly data-driven.

The study surveyed 729 global business leaders across industries for the report. Of these organisations, only five per cent were considered truly data-driven but67 per cent want to move towards that approach. Retail had the lowest score overall for Digital Data Analytics Maturity, a sign that does not bode well for them at the start of the holiday shopping season.

Nine years on, ‘Big Data’ is finally hitting the mainstream

Bob Muglia, CEO of Snowflake, said: “While all the industries surveyed could profit from advanced data analytics, retail/CPG stands out as an industry that could reap huge benefits by implementing modern data sharing.

“Iconic brick and mortar brands such as Radio Shack and Toys ‘R’ Us have stumbled, but I am confident that other retailers can emerge successful by modernising their data analytics with the most advanced technologies, such as the cloud-built data warehouse and modern data sharing to become more agile, innovative and customer-centric.”

Stephanie L. Woerner, a research scientist at the MIT Sloan Center for Information Systems Research, added: “The mindset has to shift toward iteration and experimentation. Intuition doesn’t go away, but you use it differently—to develop a hypothesis that you use data to test and make decisions,” Woerner says. “It’s a really different way of working.”

The rise of IoT in industrial organisations

New research reveals industrial organisations are increasingly focused on IoT adoption, but most are still in early stages