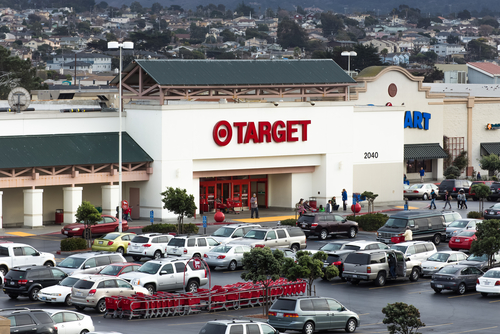 In the last year, hundreds of companies have suffered data breaches. More than 552 million web users’ identities have been compromised, two C-suite executives have resigned and media coverage on the topic has spiralled.

From Target to eBay, many companies have been affected and it continues to happen every day. It couldn’t be more clear that the value of data is growing all the time and that therefore hackers’ interest in it is growing.

One of the most notable attacks occurred in December 2013, with US retailer Target hacked in the days prior to Thanksgiving. Hackers installed malware on Target’s security and payments system leaving shoppers’ credit card details vulnerable. We also saw Yahoo become a victim to a similar type of attack in January this year. Usernames and passwords of its users were compromised resulting in Yahoo implementing additional measures to block against attacks.

Since then, many major brands have been hit by data breaches, with all receiving their fair share of time in the spotlight. But where are we heading and what does this mean for the future?

Security will only become more important. With the proliferation of devices now available in the work place, the IT department’s latest challenge is to allow workers to access corporate data whilst on the move securely, without putting the organisation at risk to hackers. These demands will only continue to rise and place pressure on the IT department.

The reality is that every company is at risk. Many businesses take security for granted, not realising until it’s too late that they have been hacked. It’s not about if you get breached, it’s when nowadays. Although eBay is the most recent high-profile victim, it will not be the last company to come under the spotlight of this type of attack.

Alongside the increased sophistication of criminal gangs, thanks in part to wider awareness, consumer tolerance for data loss is at an all-time low. This was significantly apparent in a recent data report from Fujitsu UK & Ireland which polled 3,000 UK consumers. It revealed that more than half of consumers would stop using companies that lose or misuse their data.

The research also revealed that consumer trust has significantly reduced, with over one in ten consumers suffering from a data loss and less than 10% believing that organisations are doing enough to ensure their data is protected.

As data breaches continue to grow in prevalence, and consumers’ battle to understand the impact on their personal information if a company is hacked, something needs to change – there is no longer any room for error. Businesses need to do something about it.

Organisations need to identify the individual risks and clarify the most important resources. Once this is done, businesses can adjust their security strategy accordingly. By doing this, organisations can really make the difference between lockdown and meltdown.

Many organisations acknowledge the growing risk of data breaches, but do not understand enough to invest in the right security. Because of this, it is vital for organisations to regularly review their policies. If organisations feel as though they are not in a position to understand, it is important that they get someone else involved.

In today’s world, any organisation can make the headlines when it comes to data breaches. But it is the companies who do not make the headlines who really stand out as secure and the most reliable to consumers. It’s important to understand no company is safe, and by integrating security around its most important assets and understanding the risks, organisations will be better prepared for when a data breach occurs.