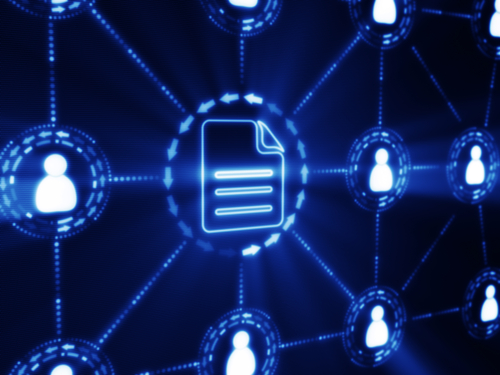 Picture the scene. It’s the Monaco Formula One Grand Prix, and the drivers are lined up on the starting grid. As the blazing sun beats down, the racers rev their engines and wait for the lights to turn green.

The crowd roars beneath the din of high-octane engines as the race begins and the cars shoot off. Suddenly, there is silence, and general bemusement spreads like wildfire, as the realisation dawns that all of the cars have stalled underneath plumes of smoke, as a result of having been filled with the wrong type of fuel.

As worst-case scenarios go, there’s no doubt that this would be a bad one for Formula One fans. And yet, it’s also exactly the same kind of doomsday scenario that underpins every single one of the new innovative technologies that are changing the way we work today.

After all, in the same way we take for granted the specialist fuel that runs Formula One race cars and allows them to reach breathtaking speeds, we take it as a given that the way we connect to data just ‘works’.

The Internet of Things, wearable technology, mobile and big data are all illustrations of technologies that rely on seamless integration and performance. But how? Similar to a Formula One car, there are a number of different ways in which these technologies are all heavily dependent on having the right kind of ‘fuel’ (in this case, data), if they are to reach peak performance.

Let me give you an example. For the last five years or so, cloud computing has been a much discussed and debated topic, not least when it comes to identifying ways in which its use can increase efficiency.

In recent years, the rise of software-as-a service applications has brought cloud into the mainstream, but do we take it for granted that the cloud gives us access to data whenever and wherever we want?

When using cloud-based tools, very few of us stop to think about the seamless way in which it provides access, not only to different quantities of data, but also, crucially, to different types of data.

Having enjoyed this connected experience on the consumer front, today’s business customers expect to be able to easily access data about any given product within an organisation – whether it is stored in the cloud or on premise.

However, many businesses are still struggling with bringing disparate data together and integrating into a single view for consumption by customers or internal business units.

When you stop to consider the different places information is kept within organisations, as well as the different databases and technology that are employed to keep it stored, this level of integration is no mean feat.

In fact, the ability to integrate these different data sources, from different locations, formats and types, in order to provide a 360-degree view to a customer can be a vast and complicated undertaking.

By using specialist connectors and integrators that provide the foundation for this to occur, businesses are able to fight through this complexity and provide easy access to their data.

However, it’s not just end-users that are able to use this increased connectivity to their benefit. For example, and to continue the motorsport theme, Yamaha Motor Europe was last year able to dramatically increase page load speeds for its dealer website by improving access to its database. As a result, 1,500 dealers were more quickly and effectively connected to Yamaha distributors in 12 countries, allowing it to become faster and more responsive as a direct result.

Having this connectivity underpinning the performance of technology can provide a number of different benefits. Not only does it allow businesses to quickly scale existing projects and plug them into existing applications, but it can also allow them to improve things like CRM and supply chain management.

What all of this means is that data integration for most modern businesses – and perhaps without them really realising that this is the case – is the key to them being able to employ big data as a business tool.

With the sheer quantity of data swimming around even medium-sized businesses today, the ability to connect from multiple sources and multiple formats to allow it to be interpreted has become vitally important. The value of a businesses data lies within its integration. Delivering the right set of data, to the required application, in a quick and seamless fashion increases efficiency and powers better decision-making.  And yet, for many organisations, they take their data – the fuel that powers their operation, and the one thing that allows them to analyse and access data quickly and efficiently – for granted.

To return to my opening Formula One analogy, it’s clear that a racing car, just like any other piece of technology, is useless without the right fuel. If the fuel used is not exactly the kind that is required to run at high performance, and is not used in a timely fashion, then the cars will grind to a slow, inexorable halt.

In exactly the same way, if data integration and connectivity was removed from the way in which big data is used within organisations, there would be nothing other than a big, disorganised tangle of siloed information, with little or no way to make sense of it.

The next time you use big data, whether it be to analyse or report, you’d do well to remember what’s responsible for allowing it to run at Formula One speed.