Data integrity is all about respect 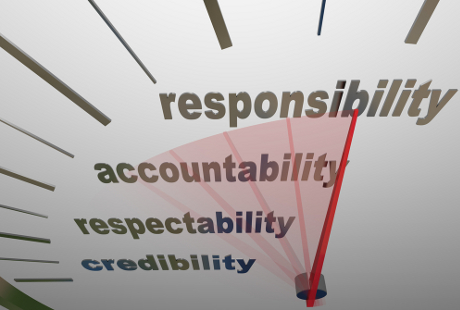 Data integrity, commonly accepted as another term for data privacy, is actually much more than that, and can be fundamental to the success or failure of a brand and its campaigns. Yes, data integrity encompasses how data should and shouldn’t be handled (including the privacy of that data) but it also refers to the accuracy of the data – or at least, it should do. It’s about respect of the data’s accuracy and the people it represents.

Without respect for the data and the people it is attached to, it is easy to handle data in the wrong way; this has disastrous results for the company handling the data, the consumer whose data is mishandled and the wider industry (for example, the Sony data breach of 2011).

As a collective, consumers are typically willing to allow companies to collect their data as long as there is a benefit for them as a result. For example, consumers are generally happy to give companies access to their data to download a useful app. However, they do expect basic safeguards to be in place.

There are three basics:

A privilege, not a right

Underpinning these basics is the belief that having access to consumer data is a privilege not a right – something that more and more companies seem to have been waking up to over the past few years.

This realisation across the industry couldn’t have come at a better time.

With ‘big data’ set to face another year in the spotlight, understanding the value of the data consumers provide and how to handle this data is imperative to a business’ success.

Despite being the catchphrase du jour of the past decade, big data is still an item on Board agenda’s up and down the country, and it shows no sign of disappearing. The problem is that many who are investing in big data still don’t know the questions they should be asking to get the most from the data they have collected.

Further, more data means new tools to deal with that data and fresh expertise/people to use these tools, some of whom may not yet have learnt the hard lessons of the industry. It is therefore up to the company to safeguard against that.

And, whilst arguably this is a skill that will come with time and experience, as we are seeing patterns in the questions being asked/the problems data can solve, companies need to be acting now to reassure consumers.

Collecting data – anonymised or not – for the sake of it, or with good intentions but without the ability to use it to its full potential, is (or will quickly lead to) an invasion of privacy. It goes against the respect we need to have for consumers and their data. Something needs to change.

With companies failing to invest in protecting their data, consumers are increasingly taking matters into their own hands. Companies such as ‘Mask me’, which were set up to help people protect their identity by masking their email, phone, and credit card details, are attracting more and more customers.

However, whilst there are clear benefits to services like this there is also a downside.

As useful and relevant as companies like this are, one can’t help but optimistically hope that this doesn’t become the norm – a necessity for those who don’t want to have to sift through hundreds of spam emails a day.

It seems both sad and concerning that the need for such companies exists, and I look ahead to 2014 with just a little unease at what it holds for the advancement of ‘big data’.