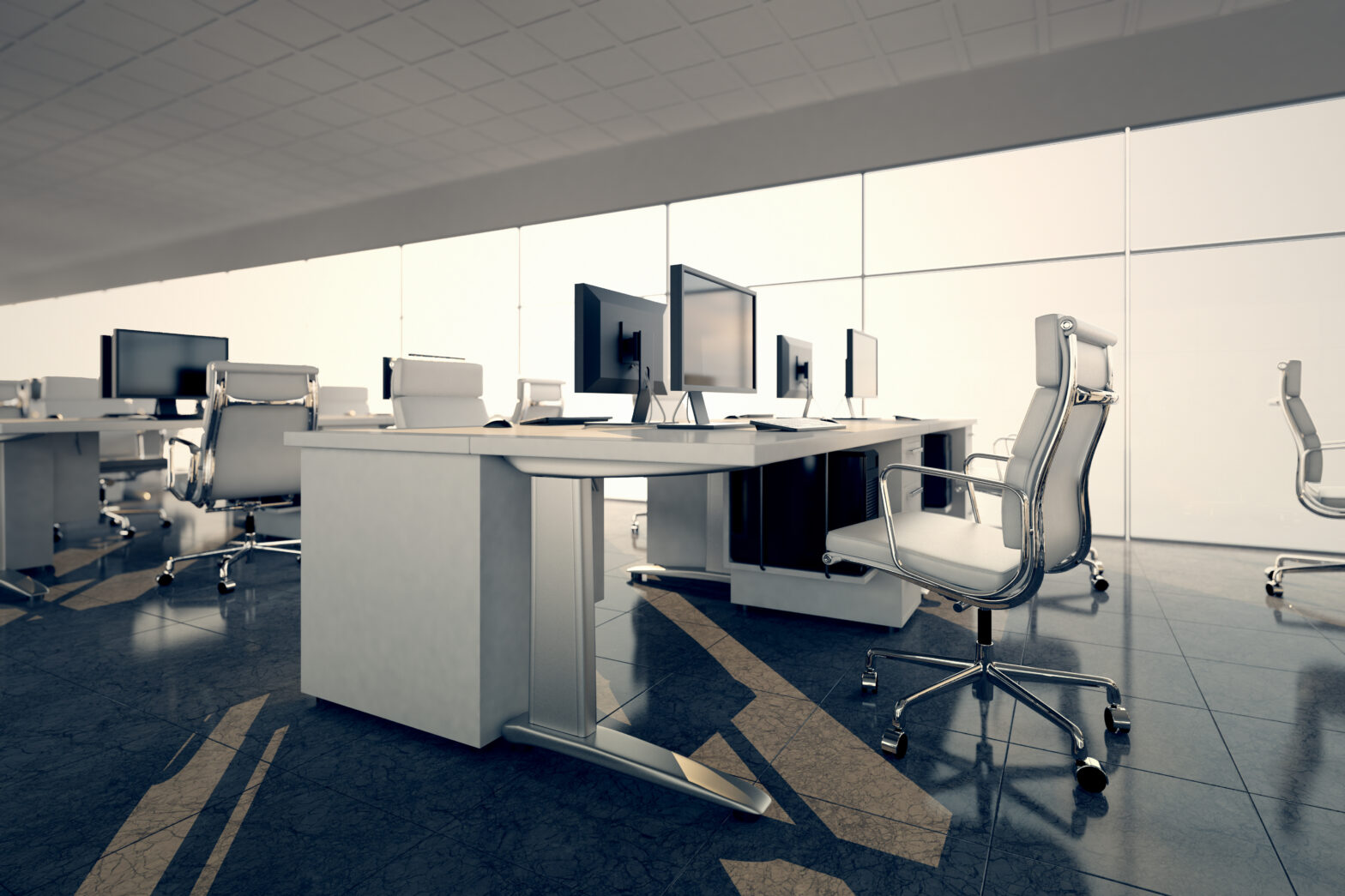 Ten years ago Oracle CEO Larry Ellison, and his Sun Microsystems counterpart Scott McNealy, made a seemingly wild prediction: "The PC is dead," they said, "long live the network computer." Despite a few false starts, it is starting to look like they might have been right.

Between 1995 and 2002 Ellison and McNealy's bold vision seemed little more than a bad case of foot in mouth. The PC market enjoyed a protracted period of explosive growth as organisations rushed to take advantage of the unprecedented ‘bang for buck' provided by Pentium-based desktops. As prices tumbled (from around £1,500 to under £700), the PC became the ubiquitous window into the corporate IT infrastructure and the world of digital communications. Users fell in love with the autonomous power on their desktop.

Now though, that love affair is looking a little jaded. End users have noticed that, in the age of the Internet and the laptop, the desktop PC is not always the most flexible or convenient way to access IT services. And many IT managers who once saw the PC as a simple, inexpensive alternative to centralised systems have changed their minds.

Today, according research by market analysts Quocirca, 57% of IT professionals are "concerned" by the complexity of managing corporate PCs – not least because managing PC estates now accounts for the lion's share of many IT budgets.

This cost and complexity stems from the use of PCs to run a broad mix of locally-executed and web-based applications, and the equally varied nature of the hardware platforms these applications run on.

Keeping individual versions of applications synchronised and mapped to differing hardware configurations, whilst administering the constant stream of new functional updates and security patches published by software vendors, has become a management nightmare. So much so that at many PC administration staff are constantly on the road, manually updating branch office PCs.

According to a growing number of analysts and vendors, there is a relatively simple solution to that irksome and costly problem. By ‘virtualising' desktop environments (everything from email and word processing to custom applications) and hosting their functionality on cost-effective server platforms, that maintenance burden can be dramatically reduced. Such server-based PC systems, their proponents say, are cheaper to manage, easier to optimise and inherently more secure.

Of course, this re-centralised approach to systems management has its own mix of technical and cultural issues. End users, in particular, are jealously protective of their ‘personal' computers, and some power users – like engineers and finance chiefs – have a genuine concern that traditional thin client systems generally fail to support their needs.

Analysts argue that many of those concerns are now evaporating. "There are plenty of software tools available to manage desktop complexity and security" that don't involve compromising the user experience, says Simon Yates of Forrester Research.

The thin client proposition has changed dramatically in the past 10 years as the software for managing server-based applications delivery has grown in sophistication, as the servers themselves have fallen in price and as networks have become much capable. "Over the past three years, people have been improving the back end of the network, and now they want to maximise that investment," says Dominic Webb, a senior manager for desktop products at Hewlett-Packard (HP).

This improved back-end includes virtualised storage networks that can feed constellations of individual end user devices, whether low-cost PCs or thin clients; fatter network pipes that prevent bottlenecks for all but the most data-hungry applications; and dense arrays of commodity processors that can be more readily reconfigured and reallocated to meet fluctuating demands. Together, these infrastructure improvements have eroded much of the case for the end users' ‘private' computing platform.

There are now three routes to the ‘de-privatisation' of the desktop: the thin client terminal; the blade PC; and, a software-based information access method that is terminal agnostic. Of these, the best known is the familiar thin client terminal produced by vendors such as Wyse Technology, Neoware Systems, Sun and HP.

At their most minimal, thin clients are little more than local networks ports connecting a screen, keyboard and mouse to a remote server. They cost as little as £200 per box, and require virtually no local maintenance. Modern diskless clients are small enough to be mailed to users, and a faulty device is as easily changed as a light-bulb.

Despite their management advantages, thin clients have traditionally been seen as restrictive alternatives to the PC. Analysts IDC estimate that they have so far colonised barely 5% of the world's business desktops. But that is changing. Falling prices, increased network bandwidth and, critically, an increasingly cost-conscious user community, helped to grow European thin client sales by 20% in the fourth quarter of 2004, and IDC predicts that they will have penetrated 9% of the world's desktops by 2008.

This is still a long way from representing a serious challenge to the traditional corporate desktop, and many experts believe that thin clients may actually be approaching their peak. Although they have become cheaper and more responsive, such systems still struggle to accommodate the multi-application software stacks that typically inhabit corporate PCs.

So, whilst they are ideal platforms for ‘task workers', such as call centre operators who require access to a narrow band of IT services, they are still not seen as general purpose platforms for white-collar office workers. "If we look at all the desktops in the entire market, only 8 or 9% of those could conceivably be replaced by thin client terminals," says Forrester’s Simon Yates.

But that is not to say that they are the only option as a desktop replacement. Perhaps the most radical threat facing the corporate PC is posed by blade PCs.

Like thin clients, blade PC systems leave their users with a network connection box, screen and keyboard. However, instead of being allocated a portion of a communal server and access to a select group of applications, when a blade user logs on they are connected remotely to a dedicated PC board, complete with their own personalised software stack, housed in a data centre-rack. That allows IT staff to keep tight control of each user's individual client profile, using a centralised management console. But to the user, it looks and feels like the kind of personal local desktop they have been using for years.

Blade PCs promise to reduce client management costs, tighten security and make more optimal use of all physical resources. "Blade PCs almost seem to be the nirvana of desktop computing," says HP's Webb. "It is the first back office and client system that is truly adaptive, and combines centralised back-up with full functionality."

HP already sells blade PC systems in the US under its Consolidated Client Infrastructure banner, and plans to launch them in Europe later in 2005. But some European companies have already adopted blade PCs from the technology's pioneer, ClearCube, whose systems are resold here by IBM.

Proponents of blade PCs expect the technology to have a profound impact on the generic PC market, but others are not so sure. Gartner, for instance, thinks that blade PCs will enjoy some success in security conscious sectors such as financial services and the military, but may struggle to gain traction in sectors traditionally wary of radical new IT.

For these conservatives – the bulk of corporate desktop buyers – knocking the PC from its lofty pinnacle will not happen overnight. Instead, most companies are likely to take an incremental approach by adopting a software-based ‘virtualisation' strategy that removes the PC from the desktop by stealth.

The defining benefit of this approach is that it reduces the complexity of managing many desktops without having to replace old hardware or limit the mix of applications available to the user, as thin clients would do.

"People have bought into the idea of having a flexible infrastructure," says Keith Turnbull, vice president of server applications access software leader Citrix. "You don't need to change the hardware regularly as you would with a formal thin client. Instead, you can get to use your desktop investment to meet business objectives as they arise."

As the market for conventional thin client terminals reaches saturation (and their extended life span will mean that replacement rates will be slow), it is likely that those companies which offer the ability to enable server-based computing on any hardware platform will continue to grow. Even the leaders of the thin client terminal market see their software offerings as key to their future.

Wyse's new CEO, John Kish, believes that the company's Rapport operating system, specifically designed to run on hardware with minimal local processing power and memory, will elevate the company beyond its current role in the thin client market.

"We are moving Rapport to run on a small management stack, and even hand held devices," says Kish. "If we follow this way of thinking, then rather than managing a few big devices for someone like Deutsche Bank, we will be managing a million devices for the likes of China Mobile."

Neoware's CEO, Mike Kantrowitz, is also planning to move his company beyond the thin client space. "Server-based computing is a fairly small proportion of our potential market. We hope to bring the benefits of our management tools to the rest of the corporate client world."

Although most of the players in the thin client market still rarely dwell on it, the fact is that the corporate PC is in process of being tamed. It is being turned from a standalone device primarily for meeting the computing requirements of the individual, into a platform designed to more flexibly, efficiently and securely support applications delivered via centralised IT services.

In that sense, Larry Ellison and Scott McNealy were right about one thing. No matter what the end users' device is called in the future, the ‘personal' aspect of the personal computer – and the maintenance baggage that came with that – will be relegated to IT history.