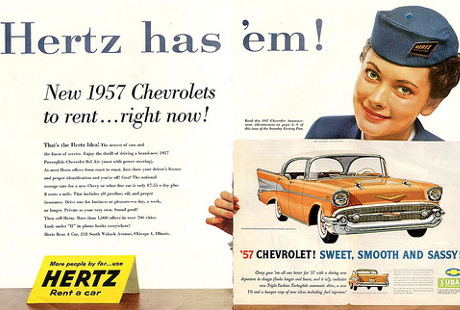 Business leaders want the IT department to innovate, to understand their needs, and to find technology solutions that help grow the business. But they also want their existing IT systems to work without fail and perform to the standards set by the likes of Google.

These high demands are enough to send a CIO mad – how can they innovate when keeping the lights on takes so much time and money?

But the right project can free up IT resources to focus on innovation and engagement by reducing the cost of keeping systems up and running. So it was with the European division of car rental giant Hertz and its desktop virtualisation programme.

Hertz operates in over 1,000 locations across Europe, including a regional contact centre in Dublin with around 900 employees. With 4,000 PCs around the continent, providing local support to them all was costly.

In 2010, Hertz decided that it needed to simplify its PC estate. "We needed to be able to support our PCs without huge costs," recalls Paul Bermingham, staff vice president for information service at Hertz International. "At the same time, we needed to replace a lot of our PCs as they were approaching their end of life."

Desktop virtualisation seemed like a viable solution. Besides the cost of sending engineers out to fix broken PCs, Hertz also spent a significant amount of time and effort on patching and upgrading locally installed software. Being able to do all that from a central location would be a significant cost saving.

The company ran a few proof-of-concept projects, first at its Dublin call centre and than at some outlets in the UK and France, which showed the kind of cost savings Bermingham was looking for.

"They proved that we could run virtualised desktops a lot cheaper than PCs when you take into consideration the costs of the PCs, the support costs, and all the upgrades and patch management," he says.

Hertz selected VMware to provide the virtual desktop infrastructure (VDI), in part because Bermingham had been pleased with the standard of consultancy he had received during a prior server virtualisation project. "Sometimes, suppliers will send people in who are actually learning from your employees, so you're paying for their education," he says. "With VMware, we were getting good people in, they were teaching our guys as well as listening to what we had to say."

For the back-end storage infrastructure, Hertz chose IBM – a global IT partner for the company – and it simultaneously refreshed its network infrastructure with Cisco kit.

Each company served Hertz well individually, Bermingham says, but if he were to run the project again he would make sure they were working together collaboratively sooner. "At the start, if we were talking to IBM, we would say, "VMware told us this"," he recalls. "Eventually, we realised that we needed VMware in the room too."

Hertz has rolled out its virtual desktops to almost 1,000 location across Europe now, and the impact on PC support has been transformational. "If there's a problem with one of the Wyse thin client terminals, rather than sending an engineer out, we can send a new one out via DHL in four hours," says Bermingham.

The bigger impact, though, may be that Hertz has decided to retrain many of the engineers who would otherwise have been working on PC support as business analysts and project managers.

"Not all of them can be BAs or project managers, but we are converting those who have got the capability," explains Bermingham. "We're using a mix of internal and external training, and we're setting personal development goals using online tools."

The upshot? "We will be able to deliver more value for the business, rather than just running around fixing things," he says. "IT will become much more of an enabler to the business."