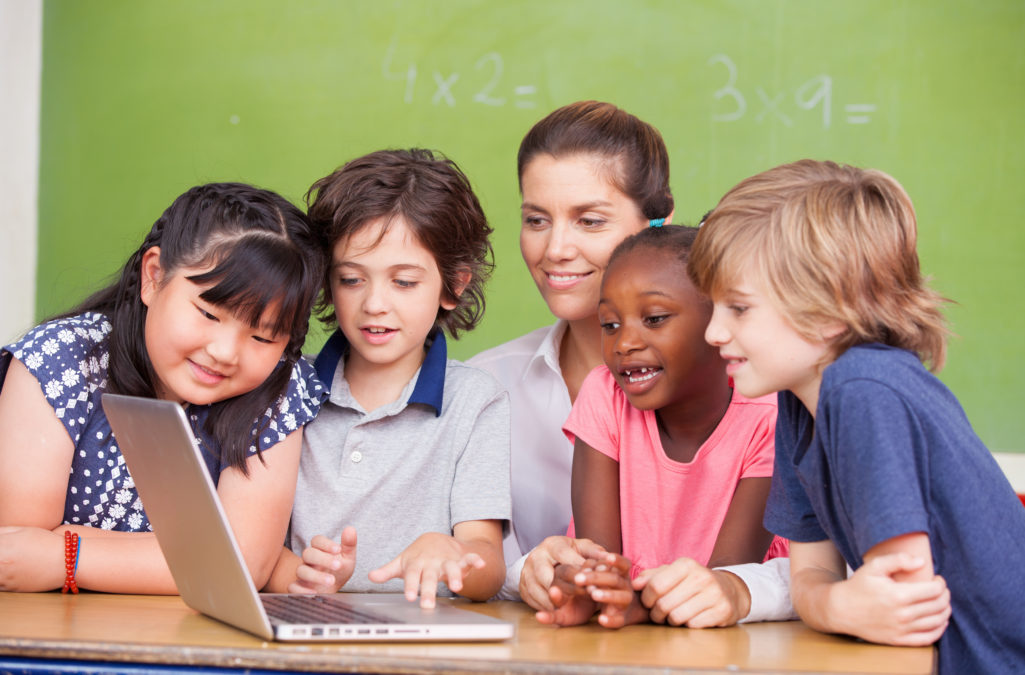 Participants had the opportunity to develop their communication and teamwork skills, while learning more about tech, including AI and ‘Tech for Good’, and producing plans for possible new ideas for digital applications, in groups.

One prominent piece of information that was brought up at the event as the students and organisers reflected on their week was the five digital forces: Big Data, Cloud, Social Media, Mobility and Robotics.

Each group of students would then present their ideas to four tech experts who took the role of judges.

The four judges included Darshan Sanghrajka, the founder of Super Being Labs, who was also a keynote speaker at the event, and Andrew Houghton, Innovation Consultant at TCS, who works closely with EDF Energy on moving the utilities firm’s platform to the cloud.

Day four of #DigitalExplorers and we’re really getting into digital with experts presenting on internet of things & AI @MyKindaFuture @TCS_UKI @LondonMetUni pic.twitter.com/D0QbvTZuXV

So what innovative did the students come up with?

One group came up with an app to encourage healthy eating, as explained by Hendon School student Iris Kastrati, aged 17.

“It’s like an online multiplayer platform, with a massive database with all the foods and their macro and micronutrients.”

“Everytime someone eats food, they scan the barcode of the food, and that brings up everything about the food, the calorie intake, magnesium, all that stuff, and there’s different limits.”

Iris said that the decision to offer rewards for healthy eating stemmed from the human nature to “only do something that benefits them”.

A popular theme among the ideas that students came up with was mental health, particular in regards to exam stress.

15 year old David Opoku Sarkodie, more commonly known as Junior, from Leicester Community School, was part of one of at least two groups who went down this route.

“Our project is basically an app to help teenagers that are going through exam stress. It will have public chatrooms and private chatrooms, and they can talk to people that help them destress, so it calms them down, and everything on the app is anonymous, so none of the data is shared, so they feel like they’ve got a bit of safety.”

Meanwhile, another group, including Beatrice Benson-Oyekunle, 16, from All Saints School in Dagenham, opted for the use of motivational speakers.

“It includes motivational speakers that offer paths they can take if they don’t want to go to uni. They can do apprenticeships [for example]. It helps them stop worrying about not having any paths.,” Beatrice explained.

“Also there’s an app for headspace, which helps them with meditation, so we’re going to incorporate that into the app, and we’re going to have a page dedicated to parents, so it’s going to tell parents what they can do to help their kids with exam stress.”

Keynote speaker Sanghrajka talked about his company, Super Being Labs, and how important it was for the company to comprise of a diverse workforce in terms of skills. He cited creativity as being the focal point of Super Being’s operations with digital coming just behind.

“This July we brought 300 students together and gave them practical experiences of what a future career in technology would look like, reaching students that may otherwise never have had the opportunity or encouragement to consider STEM subjects and careers,” TCS’s Director of Human Resources Ramkumar Chandrasekaran said, referring to the event.

“Events like Digital Explorers are so important in giving young people these practical, outside the classroom experiences. As businesses and our society transform at a rapid pace, there will be even more digital career opportunities.”

>See also: How to prepare your office for the app generation

Chandrasekaran went on to explain that the amount of tech-oriented roles and the need for tech skills in the workplace are both increasing.

“New jobs which don’t even exist yet are being imagined, such as human limb designers and space junk archaeologists, while entire sectors are fast developing with a need for a new generation of skills, such as cyber-crime,” he said.

“The big difference is that these roles are not constrained to the typical IT departments. They are crucial to a variety of business functions. We need to continue investing in digital training to ensure technical skills keep up with evolving roles and business models.”

In terms of trying to attract young people who perhaps aren’t particularly keen on tech, Chandrasekaran stated that the tech industry must eradicate “preconceptions of the industry as boring and technical, to make tech careers more accessible and exciting”, while also citing the importance of producing young tech talent to the industry’s growth.

“With IT, software and computer services jobs making up over a third of those working in the creative industries alone, the tech industry faces a real need to change perceptions and show young people that it’s is a dynamic and diverse industry that needs their involvement.”

So, arguably the most important question in regards to the event remains: Did it change the perception of students towards the tech industry?

“It has changed my perspective a lot,” said Junior. “This gave me a little bit of salt to see what the tech world is.”

Beatrice also declared an interest in studying computer science at university, as well as a possible job in coding in the future.

>See also: How to create a university education for the Internet of Things

As for health enthusiast Iris, the most important aspect of the Digital Explorers week wasn’t necessarily technology-related.

“I think the best part about this is the opportunity to present our ideas and build up the confidence,” he said.

Overall, it seems that the Digital Explorers event in London was a success in regards to the students’ development and increase in awareness about the tech industry.