Digital transformation across different sectors varies. But, at its core, why businesses need to transform is the same: changing user behaviour and the constant need to improve in the era of disruption.

This point was raised at the first panel of the inaugural Smart Nation Summit in Singapore, which featured; Go-Jek’s co-founder, Kevin Aluwi, the director of Porche’s Digital Lab — Anja Hendel and Garry Liu, the CEO of the South China Morning Post.

A disruptor, an automotive giant and a news agency…

Go-Jek, the first unicorn and “decacorn” (over $10 billion) headquartered in Indonesia, is hard to place in one sector. It is a disruptor, a ride-sharing company and much more.

In south-east Asia, the company is ubiquitous with transport, delivery and financial services.

When it was founded in 2010, there were millions of motorcycle drivers across Indonesia who were unemployed, who could be making more money if they were more productive. Go-Jek opened up this market, by allowing these people to provide a service: delivery, taxi, food etcetera.

“Above all, we’re a customer-first organisation,” said Aluwi. “We serve those needs.”

The disruptor grew so dramatically because of changing consumer habits, but it also met huge demands in Indonesia. Jakarta is home to 30 million people and the rapid development of the city meant that levels of infrastructure couldn’t keep up. There were no services that allowed the mobility that Go-Jek deals in.

Some could argue that Porsche is the polar opposite of Go-Jek: a traditional company steeped in history.

However, its future business model is being driven out of very similar demands: what the consumer wants. “The way consumers want to interact with cars [mobility] is changing and we must meet this demand,” said Hendel.

Again, with the news and media industry, changing consumer demands is driving the digital transformation of the sector. Traditionally, news used to define every step of the way: when, how and through what medium people consumed information. Now, “we only collect that information,” said Liu.

People can consume news in whatever manner they wish, in whatever mode and at whatever time — they want it individually. “The direct relation to user has been removed, so how can the industry make money?” asked Liu. It is a challenge that has dramatically shifted how news and media operates. 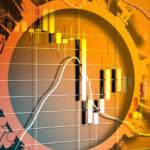 Digital transformation in the financial industry: Driven out of necessity

Digital transformation in the financial industry is born out of changing consumer demands and the threat from challenger banks. Read here

“Last year, the sports car was 70 years old,” said Hendel. “But, there will be more changes in the next seven years than in the last 70.”

This change will be facilitated by the digital and that means, moving forward, Porsche will have to “enhance the organisation with digital products, digitise company processes and embrace different work environments and tools to make this change happen,” according to Hendel. “We have to ask the question: how will our customers consume services and buy cars?”

Go-Jek began life as a call centre, based out of a house in Jakarta. It began as a social enterprise that would provide more opportunities to motorcyclists, but it could only scale to a few hundred people. The pivot to become a tech company, it’s digital transformation, was when it connected these motorcyclists to the smartphone. Any person could now reach any driver via Go-Jek’s platform — “this transformed our business and enabled different services,” said Aluwi.

The company is a disruptive leader, top of its game and unchallenged. This won’t last forever, but Aluwi passed on some advice to those businesses that are in the midst of their digital transformation. “Don’t view it as binary,” he said. “It’s less conscious than that. Instead, focus on solving customer problems through technology.”

Using Go-Jek as an example, he explained this relating to its customers:

In the case of the South China Morning Post, “our story is ongoing and we have certainly squandered opportunities. But, we’ve accelerated our thinking in the last few years.”

He views his business, now, as a product or user-centric organisation, where “we identify what value we can bring to the daily lives of our readers and build a product around that,” he said. 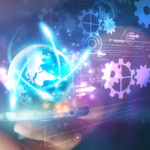 Gordon Cullum, CTO at Mastek looks at what it takes to drive a successful and evolving digital transformation strategy. Read here

“It would be easy for me to say autonomous driving,” said Aluwi. “But, we haven’t seen that yet.”

Instead, he suggested the less obvious and more realistic future in Asia is the “marrying of traditional and modern.

“Our driver’s use smartphones, GPS tech and routing systems to do very basic things and services.

“The future is less sci-fi and looks more similar to the past. But, it will be augmented to unlock more opportunities and growth,” he said.

Hendel shared the same view on autonomous driving. It might be the future, but in totality, “it won’t be here in the next five years,” she said. “The world is accelerating and to prepare best for the future, we must understand the impact of technology and what value it can offer.”

Regarding, the news and media industry, Liu presented a similar argument. “I could say that AI, machine learning and natural language processing will change how we work, and it will. But, the organisations that will win are the ones that are structurally and culturally built to change and react the fastest,” he said.

“Most of us will largely fail to predict consumer behaviour, so being able to listen and readily shift the way we think about the world will be crucial. This will give us a chance to participate in the new, digital economy.”