EXCLUSIVE: Diversifying the workforce in the DevOps industry 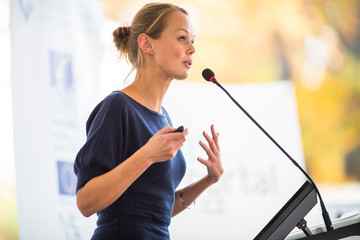 From the widespread adoption of new approaches, such as DevOps, to increased gender diversity in the workforce, there have been some major shifts in the technology industry.

There has been no shortage of successes and achievements resulting from these changes. Now more than ever, businesses are seeing more efficient IT teams, closer collaboration between business and IT, more women in executive positions, increased female-focused STEM programs and more.

In an exclusive interview with Information Age, Karen Taggart, customer success manager at CloudBees, shares share how she got to where she is, what changes she has experienced, what it’s really like being a woman in a male-dominated industry and, crucially, how to drive change in organisations.

1. According to WISE, only 35% of girls in the UK choose science or computing subjects at the age of 16, compared to 94% of boys. Have you always studied technology or science throughout your education?

Science and technology were always part of my education, but I did not explicitly study them. I was fortunate to grow up in communities where tech was a major part of the local economy, so computers were integrated into homes and school for as long as I can remember.

To avoid attending a strict parochial school, I applied and fortunately was accepted to attend a science and technology magnet school. While there I did everything I could to avoid focusing my studies on technology and instead took as many humanities and social science classes as possible. I even attended summer school for arts for three years and put off taking the required Computer Science class as long as possible.

>See also: Getting women into technology roles: still a work in progress

Similarly, in college I focused on history and political theory, because I wanted to change the world.

However, along the way I was always using technology as a means to an ends. I learned to type in second grade on the TI-180 my parents got for us, in high school I started to use database systems to gather, process and visualise data, and by the time I was in college I was online every day from my room, using it for all sorts of “non-tech” classes, including using it to practice conversation on German bulletin boards and creating a website as a way to present my findings on online censorship laws for a public policy class.

2. What do you think needs to change to address this imbalance?

Improving the gender imbalance in formal tech education is only a small piece in the larger puzzle of improving the gender imbalance in technology overall. I look at some of the best male engineers, DBAs and systems architects I have ever worked with and many, if not most, did not gain their expertise via formal education. Instead, they learned by doing. For example, they had their own computer growing up, were constantly encouraged to experiment with it, and were surrounded by peers who shared a similar experience.

Unfortunately, this type of experience has not been as common for young women. Even when we choose to study computer science and technology, we often experience a real skills gap on top of the challenges that come with being one of the only women in the room. And then let’s say a woman gets past all that, when she begins interviewing for jobs and seeking opportunities, she can bump up against the now (thankfully) well-documented “brogrammer” culture and gender wage gaps that unfortunately still persist in many tech companies.

Also consider the speed at which technology is moving and how far behind anyone who has to take leave will get and how such a resume gap particularly impacts women who are having children or caring for family members. Access to education is absolutely important, but we have a lot of other work that needs to be done if we want to increase the number of women in tech.

3. What are the challenges facing women in DevOps, do you think this is similar across the tech industry? Has it gotten any better in recent years? Why or why not?

I have worked in various parts of the software industry, and my experience has been that DevOps is incredibly open and welcomes diversity. I have found that DevOps is still a newer project or department in many companies, and as a result I don’t think it has inherited all of the biases that have developed in other, older parts of the tech world.

That said, there are definitely similar challenges. Leadership still tends to be primarily male, as do engineering teams. I know I often experience imposter syndrome, where I end up questioning if I am good enough or smart enough simply because I don’t see someone who looks like me in the room. I am fortunate to work at a DevOps company that is actively working to improve gender imbalance so, from where I sit, it feels like things are getting better. The #MeToo movement is helping build solidarity among women and educate people who did not yet understand how prevalent gender discrimination is.

4. What can the DevOps community be doing to encourage more gender diversity?

Like any part of the tech industry, we need to go out of our way to proactively recruit female employees and enforce true equal compensation. We need to be painfully honest with ourselves about the biases we are unknowingly bringing with us, and institute programs like unconscious bias training to help remedy these issues.

Women need to be promoted to leadership roles, and educational resources need to be accessible to everyone so we can all continue to expand our skillset. Employers should consider structuring work such that all employees have space to take advantage of these resources.

It is also critical that leadership actively seeks women to fill executive positions, and that women in the field are given the opportunity to showcase our work at conferences and other industry events.

5. Can you give an example of any tech companies that have benefitted from increasing gender diversity?

Improving gender diversity is inherently a good thing, so any company that succeeds at improving it automatically reaps benefits. The work that goes into trying to improve gender diversity in tech brings benefits to the workplace, even if the hoped for results are not completely met.

There are several very credible studies available that prove the business case for gender diversity in tech, but I don’t generally engage in that argument because I don’t believe non-male identified people should have to argue a business case for our presence in technology.

But I will say this – with the shortage in experienced technology employees today, companies that don’t work for broader diversity will suffer. Employers who do not have the foresight to diversify their workforce will miss out on large groups of talent, creativity, innovation, and grit.

>See also: Women in IT figures indicate how much work still needs to be done

6. What advice would you give to young women looking to start a career in DevOps?

Don’t be afraid to speak up and ask questions. DevOps is such a young industry and it’s constantly changing. There is no way to know everything. Be ready to take the lead when you propose an idea and it’s on the right track, and learn to let go and be okay when the opposite happens and your suggestion is just flat out wrong.

While you might feel that you are representing all women when you are the only one in the room, you really aren’t, so don’t carry that pressure around with you. Don’t be afraid to apply for a job for which you don’t believe you are qualified, because in fact you probably are and men do it all the time anyway.

Find a job or some other opportunity where you can get your feet wet working with people who are testing the tools and constantly pushing the envelope. Read all you can, connect with the growing DevOps community in real life and online, get yourself a mentor who has skills in the areas where you need most improvement or support, and don’t take yourself too seriously. Oh, and learn Docker, Kubernetes and that whole cloud world in general. It’s kinda a big deal.