Do you really need a chief data officer? 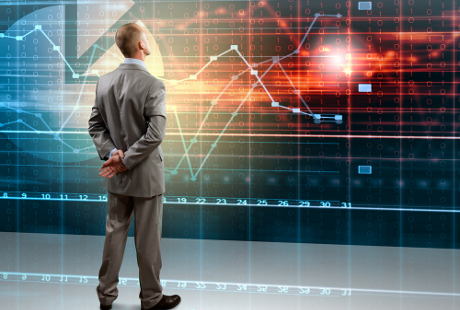 Since the crash of 2008, the role of “chief data officer”, or CDO, has emerged in the financial services and insurance industries to help them address their growing regulatory requirements.

In each of these sectors, the need for more rigorous governance and provenance schemes forced many CIOs and chief risk officers to define the need for a "data czar” – someone who has ultimate accountability for insuring that all regulatory data was up to standards, available in a timely fashion and representative of a "single version of the truth".

This reactive approach has created a role that typically lives in IT and has neither the leverage, nor the influence to be effective over the long term.

It is my contention that if information-driven enterprises were serious about "treating their information as an asset" that they would have taken a business-driven approach and created this role at the C-Suite or board level.

See also: The changing role of the chief data officer in the data-driven era

At MIT’s recent Chief Data Officers conference, there were many presentations and forums featuring current CDOs. The majority of these folks came from financial services or government, with a smattering from other sectors.

With few exceptions, they came to the role with the proviso that they “get the organisations’ data in order” to meet critical reporting or analytical needs. This narrowly defined focus troubled me. It appears as though organisations are abandoning their existing data management and information governance teams in favour of a ‘czar” who reports directly to the CIO or risk/compliance executive.

And they somehow expect them to drive different outcomes than the ones they were struggling to achieve already.

One has to ask: is this a real executive role with the influence to drive a culture of data and analysis, or knee-jerk response to a crisis of confidence in data and its veracity? I suspect the latter.

The big question: why?

Whenever I suggest that one of my clients creates a new executive role, I am always asked ‘why?’. Organisations are very hierarchical in structure, and adding an additional layer to the well-established hierarchy is strongly resisted.

“Why are you diluting my portfolio of responsibilities”, they ask, or “Why add another layer of bureaucracy with no real power?”.

In respect to the CDO role, I am at a loss as to how to answer either.

Also, it appears that the only community advocating for this new role is the technical one, not Business leaders.

All of the noise and posturing regarding the role is coming from technical thought leaders and consulting practitioners, and not the C-suite or the board. This is very problematic if the CDO role is to gain the organisational momentum and support it would need in order to be valuable.

The antidote to the current hype and rhetoric surrounding the role of the CDO is an objective analysis of the requirement for leadership and advocacy to support the concept of “information as an asset”.

I will be outlining my analysis of that requirement in a series of articles for Information Age, to help readers answer the critical question: “How can we manage our information assets to create maximum value with acceptable risks?”

Richard Lee is the managing partner of IMECS, LLC, an executive consulting firm that works with senior executive teams in the domains of business transformation, governance, risk and compliance, advanced analytics and business Informatics. Prior to this role, Richard was the data governance officer at the Insurance Corporation of British Columbia (ICBC) and director of its enterprise information transformation programme.