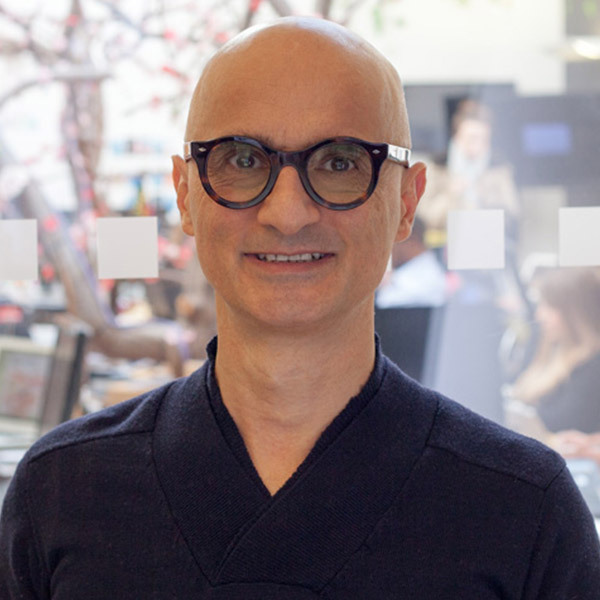 The scientists who lived in the ancient city of Babylon made important discoveries in mathematics, physics and astronomy. Among their many accomplishments, they developed trigonometry, methods of tracking time and in healthcare, they introduced the concepts of diagnosis, prognosis, physical examination, and prescriptions.

It is from our Babylonian ancestors that Dr Ali Parsa took inspiration to set up his cutting-edge healthcare service – Babylon Health, a smartphone app powered by artificial intelligence, which aims to put an accessible and affordable health service into the hands of every person on earth.

Founded in January 2013, and launched to the public in April 2014, the service now covers over 2 million people globally with local services operating out of the UK, Ireland and recently launched for East Africa in Rwanda.

Parsa is recognised as a major innovator in healthcare and his app was the first of its kind to be registered with the Care Quality Commission. When Information Age met him at the AWS Summit in London, I was keen to learn about what drove him to be disruptive.

Parsa began by talking about his career before Babylon, back when he ran hospital group Circle Health. Despite success here, he sold it.

He explained: “The reason I came out was that, I understood very quickly that most people’s healthcare requirements have very little to do with hospitals. It’s actually everything that happens before and after that matters.

“So we sat back and asked, how can we take most of the care people need and put it on devices that most people already have and make it incredibly simple and affordable? That was the impetus for setting up Babylon.

“If you can take and identify what people need in healthcare, such as a diagnosis or a treatment and then teach machines to do that, we can solve big problems. Once we did that, making it accessible was pretty straightforward.”

Applying AI and learning from the customer

Babylon is primarily known for it’s over the phone video consultations with GPs, however, as of January 2016, Babylon was developing an AI feature that would pre-screen the users’ health conditions.

>See also: Dissecting the IT innovation that is driving business value

Ultimately for Parsa, the customer guides this onus to innovate with new technology.

“We are learning from our customers all the time, and sometimes I worry that we are not reacting to their needs quickly enough,” he said.

“It takes time as AI is difficult. It is hard to train a machine to do what a human does, however what we have done is built a machine that is a general practitioner, which can diagnose 80% primary care diseases. Having done that, now we need to build new verticals of specialities – how do we make them into paediatricians or a psychologist?”

Being at the cutting-edge of healthcare services comes with its difficulties, whether it be recruiting the right staff or management. However, Parsa discussed another difficulty: communicating the benefits of innovation, in that, so often when you are new, people sometimes don’t understand what you do – they are frightened. Parsa said one of the difficulties he has faced has been working with regulatory bodies.

>See also: What your brand can learn from Amazon’s culture of innovation

Parsa explained: “The regulatory bodies are often staffed by members who are used to the old model of working.

“What is the most unsafe thing you could do in healthcare? The most unsafe thing you could do is see nobody. Yet there is nothing in our regulatory standards that say that if your patient has to wait a week to see you, it’s unsafe. The challenge is that the regulatory environment is built around what already exists as opposed to what can come. It’s like that famous Wayne Gretzky quote: ‘I skate to where the puck is going to be, not where it has been.’”

I couldn’t help but think that this issue doesn’t just exist in regulatory bodies like the Care Quality Commission. Beyond just the public sector, many organisations are retrospective in ambition and constantly looking to what has already been done to guide them.

Parsa agreed and said: “In Asia and the United States, the CIOs I talk to are scared to fall behind. The CIOs I talk to in Europe are just scared, they are scared to participate, they are worried that if they use new technology it may go wrong and blow up in my face. Although that is true, a worse outcome will come from not playing, because the rest of the world moves on.”