Driving a sustainable future in the private sector through technology 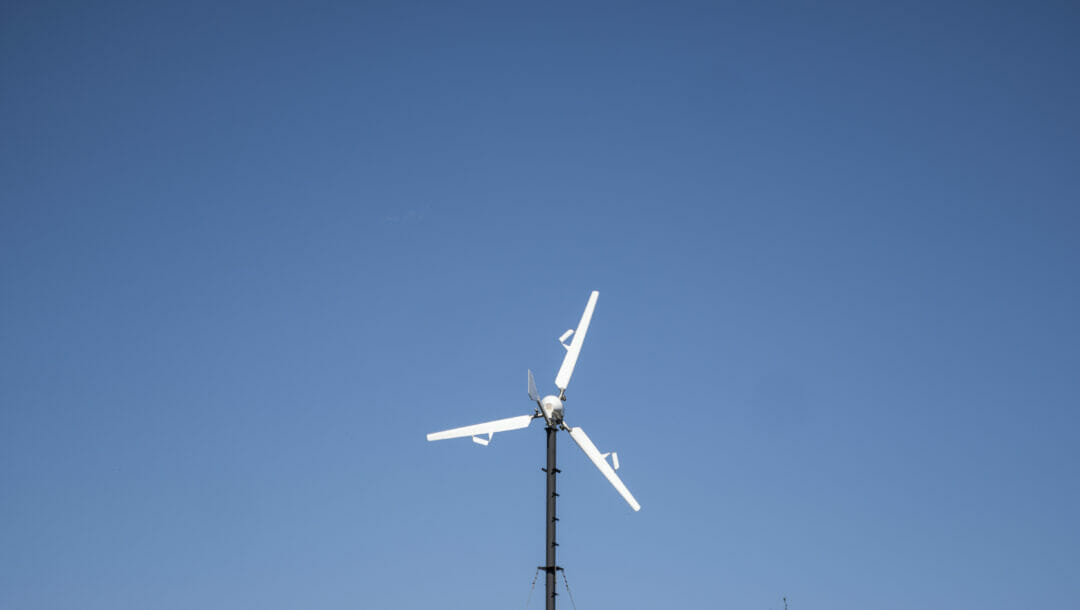 In this Q&A, Aina Abiodun, co-founder at SALT, explores the private sector’s commitment to climate action.

We discuss everything from what their responsibility is to what the current state of ESG and Net Zero action is today, as well the current impact of corporate initiatives have been so far and what the barriers to greater action are.

Finally, Aina provides examples of the technological solutions that are being implemented now, and in the near future, to help drive sustainability across the private sector.

Can you introduce yourself to our audience?

I’m a CEO, serial entrepreneur, serial global transplant, and co-founder (with Shilpika Gautam) of SALT, a new climate fintech! I’m also an optimist about solving our current climate crisis, and a passionate advocate of a just and fair climate transition.

What is the current state of Net Zero in the private sector?

Right now there’s $14 Trillion in Net Zero commitments sitting on the table. By that I mean companies have overcome the important hurdle of understanding the massive role they play in changing the course of our climate future. And many of them have pledged to spend money to make that future liveable.

However, it’s not all roses and unicorns here and the sobering news is, according to Accenture, that at current pace only 5%* companies are on track to achieving Net-Zero targets in their own operations. This is not good news for the companies or humanity; so clearly we need to figure out a way to accelerate the transition faster than we currently are.

The trouble with the work that needs to be done is that a lot of it is rather unsexy work. The infrastructure that needs to be built to rewire businesses, economies and our day-to-day lives requires a lot of what we at SALT call ‘plumbing.’ It’s great to have water to shower and flush toilets, but someone has to build the pipes and think about stuff like, what’s the best way to dispose of waste. I say that not to put anyone off, but rather to say the time is now to roll up our sleeves, put the big gloves on and get to work.

There are those who argue that the bulk of work in climate lies with the state, and in the public policies our political leaders create. But increasingly we are seeing that even beyond voting, individuals have the power to drive private sector commitments and these can lead to a significant movement of finance and consequently, action. And we truly need to act urgently. At the time of this interview, COP26 has just wrapped up, and after adding up commitments, estimates still have us on track to exceed the dreaded 2 degree Celsius threshold which makes life on our planet nearly uninhabitable.

What is the private sector’s role in climate action? Has COP26 impacted this?

At the very least, Private sector needs to show us the way to decarbonise front, be it in their own operations or in their supply chains. They have the role of unlocking financing, switching procurement mandates to green energy and for the biggest companies, to support the development and scaling of new technology.

Currently the big challenge for enterprise — businesses small and large– has been in mitigating their carbon footprint created by fossil fuel generated energy. And because energy is responsible for 70% of the emissions by sector today, we know that cleaning up our energy sources will have the most outsized impact on our 2030 targets.

We need to go from the 51 billion tonnes of #GHG emitted/year to ZERO.

How will we do that?

Well, we have a couple of paths: one is very much dependent on the speed of innovation and is still a few years from being scalable — and that is carbon capture and sequestration, technologies that enable the carbon already in the atmosphere to be stored in a way that will reduce our planet’s warming.

The other path (by the way these are not binary; we need both), which most people don’t realize is economically viable and commercially mature — is simply switching everything we can to renewable energy. Over the last decade, renewable energy technologies have been quietly maturing and now we have solar, wind, geothermal, and enough lithium ion batteries to decarbonise up to 80% of the 5000 GW it takes to power the world today.

That, in my mind, is the best news of all!

At COP26, there was a lot of haggling over national commitments with arguably disappointing outcomes. But one of the biggest wins turns out to be consensus around carbon pricing and standards via adoption of ‘Article 6’. It seems there is global alignment that carbon needs a price so that we can pay for the extensive damage that rolls downhill to the environment, ecosystems and property, health, and humans. This move is monumental for climate financing — it means that the biggest emitters will likely be funding projects that help neutralise the impact of emissions — almost like a global climate tax. 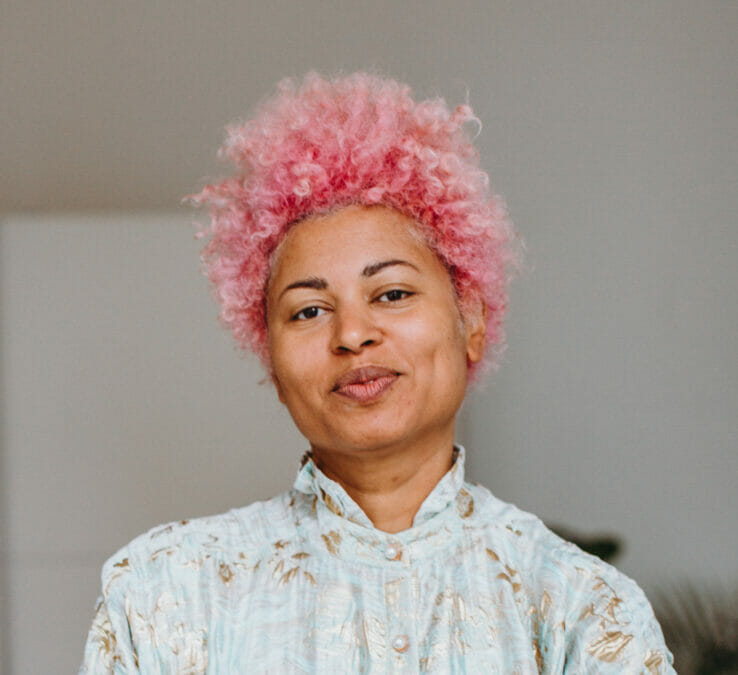 Can you explain the impact of these corporate initiatives?

Net Zero initiatives are critical to reducing Scope 1, 2 & 3 emissions — and some great carbon reduction, avoidance and removal approaches to sustainability have been modeled by some of the largest companies in the world — Amazon, Google, and Microsoft are among some of the leaders in energy transformation at a corporate level. But keep in mind these behemoths are at the forefront of carbon accounting and clean energy procurement because they are so large, and they can afford to dedicate entire teams of people to the work of figuring out how to decarbonize their operations. They have however shown us the initial pathways through which corporate capital can play a significant role in this climate-first transformation

Are there any barriers to greater action?

At SALT, we often talk about today’s climate landscape being similar to the pre-cell phone days. My co-founder and I both grew up in the global south, where until rather recently, telephones were not even a thing. We both recall driving to phone booths to make phone calls to relatives in faraway places, mediated by an operator (yes, that bad!) who patched static-filled calls through until the money ran out.

Our climate infrastructure looks right now like an ecosystem not unlike the landline telephone setup, with the inherent inequities looking the same — some people had phones, but most people didn’t, and when cell phones came along, the entire world shifted. The tools of communication radically changed, and along with that entire ecosystems. Suddenly farmers in rural Kenya could make payments on their phones to suppliers — with the advent of satellite towers, we were suddenly quantum leaping…at least that’s how it felt to people who had to travel treacherous miles to get anything done.

Our fundamentals — the ‘phone lines’ such as clean energy procurement, are hampered by a myriad of old school challenges from financing, opaque and outdated processes, grid limitations and in some cases legislation that makes it difficult to make the switch to clean energy.

There are sectors which are further ahead than others — and the challenge to make it possible for every single company to do their part for our planet is a formidable one. On the tech front, we are seeing the rise of better carbon accounting, and platforms to help businesses map an ESG plan etc, but these are nascent, and still require lots of data, fast scaling and adoption.

What technological solutions are being implemented now, and in the near future, to help drive sustainability across the private sector?

The need for a ‘climate finance stack’ could not be more pressing. There is a consensus that we need to deploy $2 Trillion/year until 2050 to make our hopes of a zero carbon future possible. More precisely, that would look like: fully cross-border climate-first banking, carbon data collection, offset procurement, carbon trading, accountability monitoring. These tools all exist for the fossil fuel economy, but then again the fossil fuel industry has spent 150 years perfecting how that works; we now have a few short years to fully overhaul and reinvent it.

It all sounds really challenging; why are you so optimistic?

Yuval Noah Harrari recently said: “If we now start investing 2% of global annual G.D.P. in developing eco-friendly technologies and eco-friendly infrastructure, that should be enough to prevent catastrophic climate change. The beautiful thing about 2% is that even though it’s a lot of money, it’s completely feasible.”

I believe we can scale this challenge, and in the journey we will make novel and phenomenal discoveries and discover what it means to be interconnected as humans. I hope most of all that in the regenerative process, we rekindle humanity’s respect for our biological environment and its indigenous stewards.