Are drones set to become the biggest threat to national security? 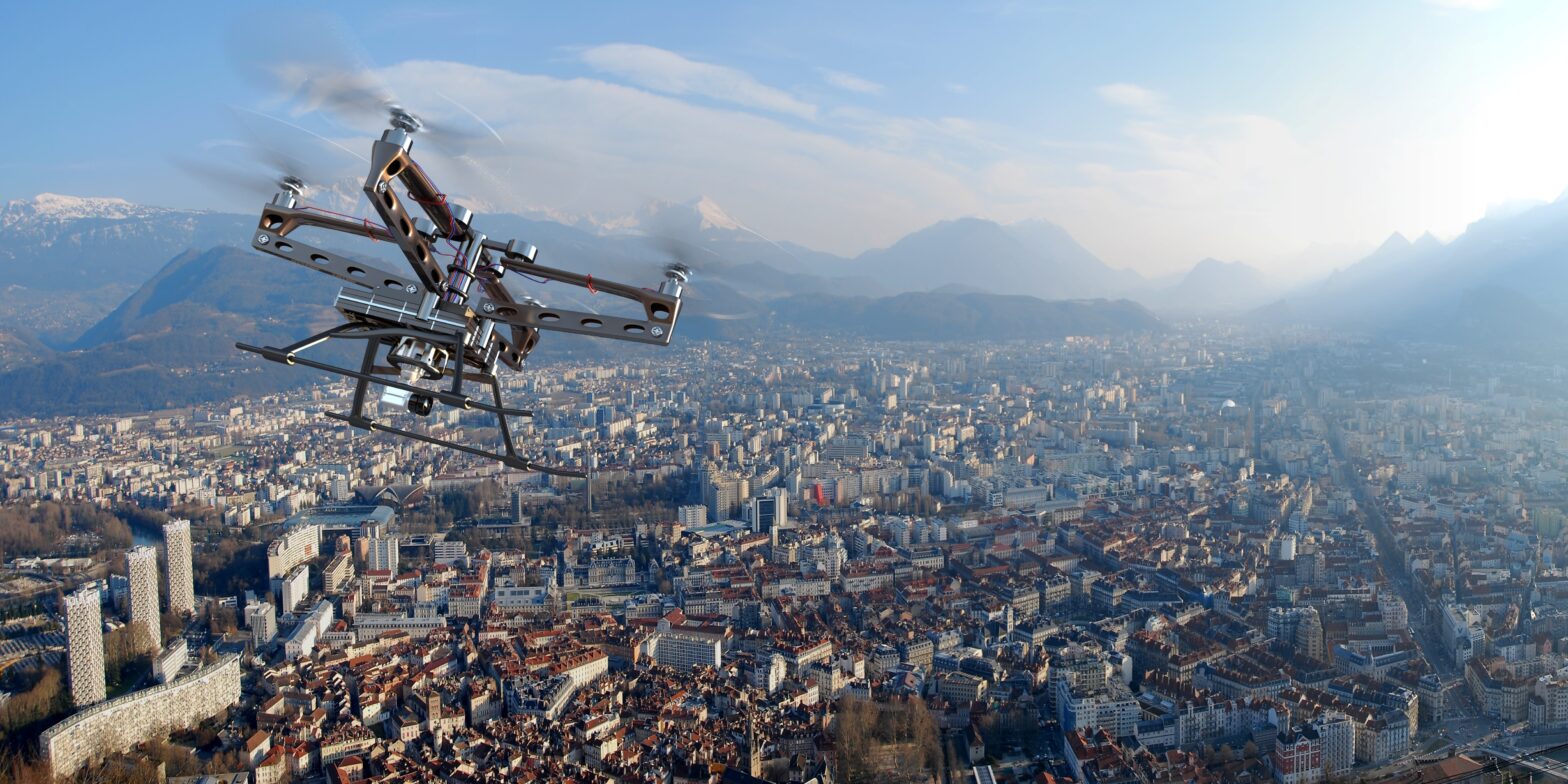 Drones were once viewed as technology reserved only for military strikes or the latest sci-fi movie. However, in just a few short years’ drones have become mainstream.

Lady Gaga recently used them to light up the night sky during her Superbowl performance and the Drone Racing League is as popular as ever. Taking it a step further, drones will also have the potential to revolutionise the way we shop, with drone delivery trials currently being conducted by retailers such as Amazon.

Yet, while this exciting innovation should be encouraged, the question of security and regulating the use of drones in public and military airspace must be factored into government debates.

Teal Group, an aerospace and defence consultancy company, predicts global spending on the production of drones for both military and commercial use could reach $93 billion (£70 billion) in the next ten years.

Furthermore, the Association for Unmanned Vehicle Systems International (AUSVI) recently reported drones will create hundreds of thousands of jobs and bring over $82 billion (£61 billion) in revenue for the US economy in the same period.

Drones are already being used in television production, as thermal imaging cameras for law enforcement to catch suspects and by utility firms to check for leaks. The introduction of drones for delivery services will mean drones are becoming more readily accepted and used.

Despite the clear benefits, drones must be embraced and feared in equal measure. Where they might look fairly innocent, what you find after a more detailed analysis is terrifying.

As the versatility in configuration means they could be adapted to positively suit almost any industry and requirement, on the flip side, falling in the wrong hands, versatility could also have a negative impact.

Drones are capable of delivering incendiary devices, grenades, and perhaps even worse, into uncontrolled airspace in the same way unmanned aerial vehicles have in the past. There are currently no regulations in place to stop someone flying a heavily armed drone into a busy city or airspace.

So, are drones the greatest global security threat of the future? Some may argue the advantages of drones outweigh the negatives. However, in my view, a number of steps need to be taken regardless to protect against hostile drones before a real life disaster occurs. While military drones have a ‘human in the loop’, autonomous drones don’t.

The government must implement strict and overarching regulations to help control drone use, especially autonomous drones that are guided by software and GPS location alone. This would include the standardisation of radio frequencies on which drones can operate, making it easier for security teams to intercept entering unchartered airspace.

Automated drones should also have regulated flight plans, so enforcement agencies know the owner of the drone, what it’s carrying and its mission, at any given time.

Putting in place stringent security measures is vital. As with any connected technology, drones are at risk of being hacked by cybercriminals, meaning software programming needs to be considered more seriously in the development phase.

Quality assurance specialists can help to plug any potential loopholes vulnerable to unscrupulous hackers, limiting security and privacy risks from the outset. Although this may not completely remove all threats, it will significantly enhance the chances of drones being managed safely and for the purpose they were designed.

In summary, there is no immediate quick fix solution to the drone dilemma. With both clear and significant positives and negatives, drones have the potential to revolutionise industry as we know it.

With obvious benefits across a range of sectors, from energy, logistics, to transport, photography and even to improve our agricultural landscape, does this outweigh the national security argument?

Drones are here to stay, but while they pose a risk to safety, it is vital the correct environment is cultivated for this technology to flourish. The UK Government is already aware of this and recently stated they are aiming to create an environment in which drones can operate safely by 2020.

Yet, for such an environment to come to fruition, stringent regulation must be implemented to ensure an acceptable level of quality assurance throughout product development.

If quality assurance and compulsory regulatory compliance to access vulnerabilities in drones isn’t taken seriously, drones could become a global security threat on an unprecedented scale.