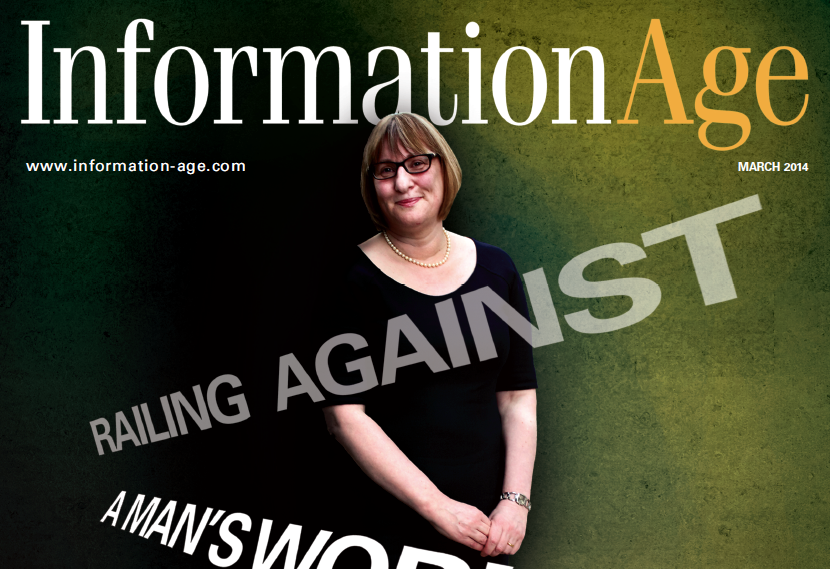 A few weeks ago a senior IT executive, who will go unnamed, reacted defiantly when I told him we planned to host an award ceremony at the beginning of 2015 to raise awareness on the lack of women in IT.

‘What are you doing that for?’ he blasted. ‘Maybe 20 years ago. There’s no problem now.’

He was very wrong, and I suspected many others in his position share the same misguided opinion.

It’s easy to understand why, I guess, when you see females heading up some of the world’s largest technology companies: Marissa Mayer (Yahoo), Meg Whitman (HP), Ginni Rometty (IBM) and Sheryl Sandberg (number two at Facebook), to name but a few. Indeed, tech companies with women on management teams have a 34% higher return on investment, according to a Catalyst report.

But here is the cold hard fact: women account for just 17% of IT professionals, half of that of 15 years ago – meaning the situation has gotten far worse. And through my own experiences of mixing with the UK’s IT leaders, I’d make a safe bet that the number of female CIOs in this country is far lower than that figure.

All of this makes for quite torrid reading when you consider that 49% of the total UK labour force is women. According to this month’s cover star Susan Cooklin, CIO of Network Rail, this is ‘dire’ – and I completely agree. If the same imbalance was true in another industry, there’d be uproar.

However, as far as I can see (and I may be wrong), these dismal figures are not down to any misogyny or inequality in the industry. As much as I’m sure the aforementioned tech leaders faced barriers in their rise to the top, I certainly don’t think the IT industry warrants any accusations of sexism.

For me, this purely comes down to awareness and perception. Let’s be frank: rather than the vibrant and exciting industry those involved with technology know it to be, most young girls in this country see working in IT as geeky and unfeminine.

Sitting down with Susan, I discovered three things. Firstly, just how influential a female CIO can be. Secondly, how effective a push of awareness can be, as hundreds of teenage girls fought it out to win work experience in Network Rail’s IT department and their first-year university tuition paid for in Susan’s ‘Could IT be you’ competition..

Thirdly, I saw that our award ceremony to recognise the female IT leaders that we do have in this country is exactly what the industry needs. Look out for more information on the Women in IT Awards 2015 in the coming months, and do get in touch if you’d like to be involved.

This month’s cover story features an exclusive interview with the CIO of Network Rail, Susan Cooklin, who, as well as opening the door on the organisation’s $1 billion IT budget, also speaks out on the ‘dire’ lack of women in IT.

Plus, we prepare CIOs for the Internet of Things in the enterprise. And, how can companies build an effective and secure enterprise app store?

Also in this issue:

– Keys to the castle: cloud encryption

– The second wave of flash memory

– In the boardroom with Duncan Angove, President at Infor