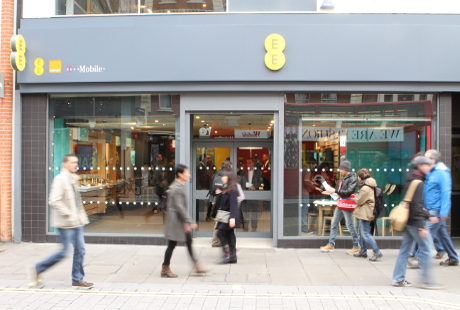 EE says that is has signed up 318,000 customers to its 4G mobile networking service so far and will attract one million by Christmas.

But the uptake of 4G has yet to stem the decline in EE's total number of customers. In the first three months of this year, its customer tally fell 2.9% down to 26.4 million, thanks mainly to a steep drop in pay-as-you-go customers.

The company is also making less money per customer, and sales dropped 5.4% to £1.42 billion for the quarter.

"We expect to strengthen our industry leadership position in the year ahead as the 4G roll out continues and we introduce double-speed 4GEE," he added.

EE, which owns the Orange and T-Mobile networks, was the first mobile operator to offer nationwide 4G services on the back of its own 1800MHz spectrum band to the UK in October last year.

Competing 4G services are set to be launched this summer by rival mobile operators Three, Vodafone and O2. The companies each secured parts of an LTE spectrum band spectrum used for offering 4G mobile services auctioned by Ofcom in January.

In February, EE admitted that upgrading to its faster 4G service would cost its customers 10% more than previous 3G ones.