EE to double 4G speed and capacity in 10 cities 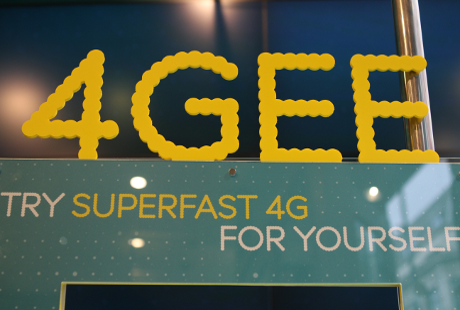 UK mobile telco EE has announced plans to double the speed and capacity of its 4G network services for both new and existing customers this summer, in time for the launch of rival services.

After the upgrade, EE's 4G customers in the UK's major cities will be able download data at an average speed of 20 Mbps, up from between 8 and 12 Mbps today. It says the services will be able to support speeds of up to 80 Mbps.

EE, which owns the T-Mobile and Orange networks, said the boost will be made possible by doubling the range of 1800 MHz spectrum bandwidth it dedicates to 4G services, from 10MHz to 20MHz. It also plans to trial "carrier aggregation" technology that combines spectrum from different bands to further boost performance, speed and capacity.

The upgrades are necessary if EE is to meet an expected 750% in mobile data traffic over the next three years, the company said.

“Since we launched 4G, we’ve seen a huge shift in the way people are using mobile," said Olaf Swantee, CEO at EE. "Mobile users in the UK have a huge appetite for data-rich applications, and this will only grow as people become more familiar with and reliant upon next generation technologies and services."

The company plans to have a million 4G customers by the end of this year. It has not disclosed how many 4G subscribers it has so far, but in the three months following the launch of 4G in October last year, EE recorded a 3% drop in sales to £1.7 billion.

Vodafone and O2 are both planning to launch their 4G services this summer, having won the necessary spectrum licenses in an Ofcom auction earlier this year.