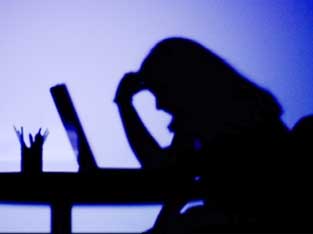 UK office workers are so focused on managing email traffic and attending internal meetings, they struggle to find time to produce anything really meaningful, according to research released today.

Out of the 2,000 surveyed for the Microsoft-commissioned YouGov poll, 77% considered ‘a productive day in the office’ as clearing email, resembling a victory for process over outcomes.

Half (51%) of 18-25 year olds surveyed believed attending lots of internal meetings signifies ‘productivity’, whilst 61% admitted to regularly emailing the person sitting next to them instead of actually talking to them.

Perhaps most alarming, the report, titled ‘The Daily Grind: Break the Mould’, found that the mobility trend has driven around two billion hours of unpaid work to be completed at the weekend per year. Over half (54%) said they felt obliged to work during the weekend because there is too much to do.

According to Microsoft, business leaders need to spearhead cultural and behavioural change within their organisation to nurture new thinking and innovation.

“Organisations that prosper have built cultures that inspire and motivate employees to deliver their best,” said Dave Coplin, Chief Envisioning Officer (UK), Microsoft. “Businesses should see this as an untapped resource and an opportunity to reimagine how they operate.

“Those that don’t change risk digging their own grave; cultivating a culture that traps staff in process and red-tape, instead of giving them the opportunity to innovate.”

“It’s surprising anyone gets anything done at all these days,” said Richard Donkin, author of ‘The Future of Work’. “Silent communications such as emails have become noisier in their command for attention than the average football crowd.

“All of us, including senior management, need to find ways of working with digital technology that supports not only work-style, but lifestyle.”