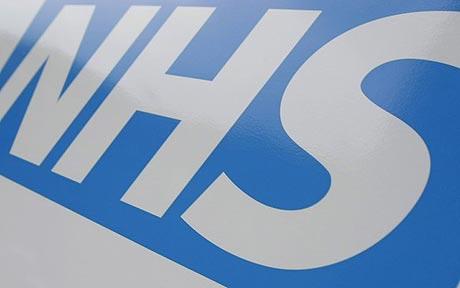 Richard Granger’s decision to quit as the head of the UK government agency Connecting for Health was not the most high profile resignation in the month of June. Two of his political bosses, Tony Blair and Patricia Hewitt, both left office, leaving their own bitter-sweet legacy among the workers in the National Health Service.

Among technology suppliers, and public sector IT and medical staff, however, Granger has been just as influential as his political masters, and the debates over his legacy, certainly among CIOs and IT suppliers, have been just as lively.

It wasn’t just that Granger presided over the roll out of the £12.4 billion National Programme for IT (NPfIT), the largest civil IT project in the world, that made his name so widely known, even outside the UK. His personal style, tough and uncompromising on certain issues, made him infamous. Within months of taking up his £280,000 a year appointment in 2002, he had become a highly controversial figure, inciting the worst kind of criticism and the best kind of praise.

From the outset, Granger set out to change the way that public organisations buy and manage their IT. As a thousand headlines and half a dozen reports from the Public Accounts Committee (Parliament’s spending watchdog) have shown over the years, public sector IT has been a disaster zone in the UK for two if not three decades. Granger recognised that in most cases, suppliers made large profits regardless of the catastrophic failure of the project. He decided to make them accountable every step of the way.

That strategy created a huge amount of trouble in the supplier community. Some big suppliers, such as IBM and EDS, stayed out altogether. Others such as Accenture, pulled out half way through. One small but critical supplier, iSoft, begged for help when it ran into trouble, but while it got some help, it wasn’t bailed out. As a result, Granger can say that while the project might have overrun, it is not over-budget.

In this, Granger should have had the media and, indeed, the entire medical profession on his side. But his willingness to talk tough with suppliers also extended to those who criticised the programme or his decisions. One of the first skills of the modern leader is to listen – to hold a genuine dialogue with all the stakeholders affected by the introduction of a new technology. But Granger seemed to epitomise the Labour government’s belief that the big decisions were best taken at the start, by those with the power and the mandate. One of the key reasons why the fate of the National Programme for IT still hangs in the balance is that consultation has been treated as a means of securing acceptance, not as a co-operative process aimed at reaching the best solution.

This is not a throw-away criticism, but a central one. Among the organisations that have articulated concerns about the lack of consultation or the imposition of inappropriate solutions are the British Medical Association; the Royal College of Surgeons; the Royal College of Physicians; the British Medical Journal; the Royal College of Nursing; London School of Hygiene and Tropical Medicine; and the Renal Association. In a survey by The Guardian, GPs also severely criticised aspects of the system and the lack of consultation, while many regional health trusts have also attacked several aspects of the system.

Even now, many of these issues are not resolved. One of the obvious flaws of the Connecting for Health project – and one that any CIO in the private sector understands – is that it more or less mandated the replacement of good, reliable and heavily used ‘legacy’ solutions. That pushed up the bill and the risk, and reduced the likelihood of user acceptance. Granger joined after many of these decisions had been made, but he stuck to them. Now that he is gone, some of these existing systems are likely to be designed in, probably with more ease, more function and less cost than the original architects thought possible.

Those debating Granger’s legacy will also be wondering if his poor media relations made matters worse. Although he appeared to be making more of an effort and be more conciliatory in the later years, his mistrust and dislike of journalists was for the most part thinly disguised and often counterproductive.

“They harass my staff, they hound my people, they cause trouble by getting hold of out-of-date documents. A lot of management time is spent putting the record straight,” he told one conference. “A couple of journalists definitely want to see this fail”.

Even in the week he resigned, Granger could not resist a parting shot, dismissing much of the debate around the programme as “complete tosh”. “I think that with a bit less whingeing and more support, we might have got the programme done quicker.”