Entry, stabilisation and renewal: the three phases of a new CIO 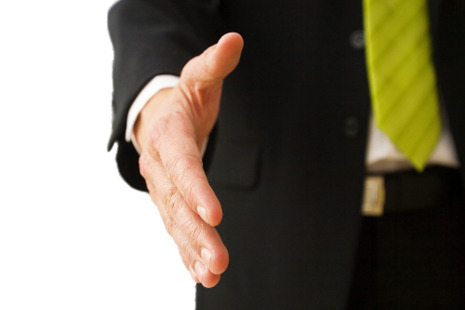 When someone takes on the job of chief information officer (CIO), there are three phases they typically go through: entry, stabilisation and renewal.

That is the finding of new research by Tony Gerth of Indiana University and Joe Peppard of Cranfield University.

Gerth and Peppard conducted in-depth interviews with 21 CIOs about their experience of taking charge.

They identified three distinct but potentially overlapping phases CIOs tend to go through as they learn about the new organisation and exert their own influence upon it.

The entry phase, typically the first six months after joining the company, is a "process of getting to know the business of the organisation and the objectives of its top management team".

New CIOs usually do this by interviewing IT and non-IT managers and observing how the organisation works. Rarely do CIOs make significant changes in the first six months.

The stabilisation phase begins almost immediately after a new CIO joins the company. Its focus in on the "supply side" of the IT-business equation, i.e. making sure the IT department delivers what is expected of it.

The purpose of the stabilisation phase is to build the new CIO's credibility as an IT leader. Peppard and Gerth's interviewees reported that there are often some low-hanging fruit that new CIOs can address to immediately boost their credibility.

"I went to every department and said, 'Give me your top five client problems," one CIO revealed. "Then we went out and actively attacked the number one pain point in every department. Then they say ‘hey you got this done in seven days and your predecessor couldn’t get it done in one and half years!"

Common components of the stabilisation phases are strengthening the organisation's IT governance practices and replacing IT management. Indeed, many of the CIOs interviewed reported that they typically find the standard of IT management within organisations to be poor.

Working on the demand-side

After about a year of stabilisation, "the CIO now had gained credibility as an IT leader, had governance processes to prioritise IT initiatives with significant business impact and a leadership team in place to execute those initiatives".

Only once a degree of credibility has been earned do CIOs start the third phase, renewal. This means improving the "demand-side" of the IT-business equation, i.e. helping the business to understand what the possibility of IT are and how it can help the business achieve its aims.

One way to achieve this is to improve the IT savvy of top management – something else that tends to be lacking, the CIOs said. But rather than trying to win the IT-sceptics around, a more fruitful approach to work with "peers who were already open to IT as a means to accomplish business goals".

The renewal phase typically starts at the six month mark, and continues beyond the first two years. The ultimate aim is to establish the CIO as a respected business leader, not simply the head of the IT department.

Interestingly, Peppard and Gerth found that that the three phases unfolded in a similar pattern even if the CIO is promoted from within or hired from outside the organisation. However, they did find that the company's situation, and therefore its expectations for its CIO, did impact the three phases.

For example, if a CIO is hired to turn around an underperforming IT department, they have to move past the entry phase as soon as possible.

Peppard and Garth write that the three phases revealed by their research can help newly-appointed CIOs plan their transition into the role. Future research will incorporate the views of other executives into this three-phase model.