Even Boris Johnson is talking about data visualisation – here’s why 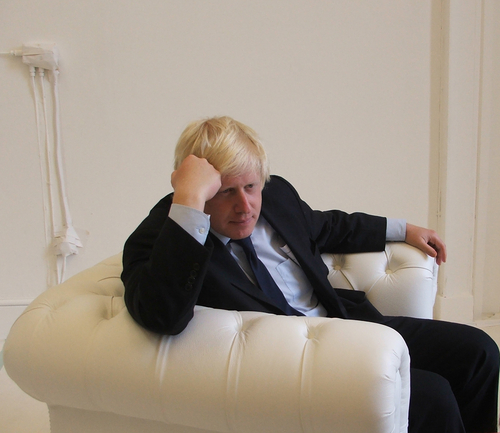 For public sector organisations like The Mayor’s Office for Policing And Crime (MOPAC), visual analytics is an easy way to share meaningful information with a wide range of the public, quickly and clearly.

MOPAC is the strategic oversight body that sets the direction and budget for the Metropolitan Police Service (MPS) on behalf of the Mayor. It ensures the MPS is run efficiently and effectively and holds it to account on behalf of Londoners.

The dashboard is the first in an upcoming series that will allow Londoners to see the crime picture across the capital and down to their local neighbourhoods, heralding a more open and accessible style of reporting.

The data published in the dashboards is already publicly available via a number of channels including London Data Store. However, the dashboards make it far easier to make sense of the data and put it into a London perspective.

In the Police and Crime plan, MOPAC set a target for the MPS to reduce crime in seven priority categories, known as the MOPAC 7, by 20% by 2016.

The crime dashboard monitors the figures for the MOPAC 7 priority crimes across London and by borough. T

Data visualisation allows anyone to perform analysis to help demonstrate a point of view with data. Moreover, the interactive visualisations allow the audience to interrogate the data themselves to ask their own questions at the speed of thought – not with an ‘I’ll get back to you’.

It’s also an easier ‘in’ to the world of data than attempting to tackle traditional outputs from sources like SQL and Hadoop.

For the public to embrace data they need to see and understand it visually, rather than in a spreadsheet or list of figures. Hence the rise of a new breed of ‘data-discovery’ tools, which Gartner says are becoming the new norm.

Data discovery is about people easily exploring their data by dragging and dropping variables that create instant visualisations without a single line of code.

Presenting data to others is challenging without adding context. Tables of data within massive slide decks are confusing and distracting, and not suitable for someone looking to get a quick data ‘fix’.

Interactive graphics tend to be effective, but their power is often diminished without developing a proper narrative arc for the presentation of the analysis.

With a narrative arc, users start broadly (the bottom of the glass), then lead the audience step by step through the insights of the data (the stem of the glass), while giving them enough context and direction to open up the topic for exploration (the mouth of the glass).

Building a story for the data is a powerful tool to communicate the insight and make it more memorable. Humans spend a lot of their lives telling and consuming stories, so need to take advantage of that narrative mindset when working with data.

Symbols, pictures, graphs and charts are effective means to visually communicate a story and engage the audience. A well-chosen and well-crafted visualisation allows users to introduce characters, challenges, and progress – and allows the audience to interact, taking the story down their own path.

In MOPAC’s case, they have used their data analysis to investigate factors such as the density of bars clubs, street lighting and the location and timing of crimes, and where it’s clustered in place and time.

These, and many other factors, allow the data analysts to drill down into the contributing elements and environment, aiding improved policing response in cooperation with local authorities.

It’s only through effectively reporting results in an immediately understood fashion, such as through interactive dashboards, that organisations like MOPAC can shift perceptions using fact. Londoners generally feel crime is higher than official figures demonstrate – perceptions are often out of step with reality.

The dashboard reveals that the Met cut MOPAC 7 crimes overall by 18 per cent against the 2012 baseline. It also shows the impact falling crime in London has had on national figures, with the crime drop last year in the capital outpacing the national fall and accounting for almost half of the reduction across England and Wales.

For the first time, the data reveals that crime nationally would be rising by 0.4 per cent were it not for the strong Met performance.

>See also: Data visualisation is a Qlik away: CEO Lars Björk sets his sight on Tableau

Speaking at the MOPAC monthly Challenge Board meeting, Mayor Boris Johnson said, “I wanted to make it as easy as possible for Londoners to see exactly what that means for their area so they can feel even greater confidence in the work of the police.

“By taking what can be a dense labyrinth of data and transforming it into something clear and concise you can now track crime levels close to home and see how their local police respond.“

By shining a ‘data flashlight’ on local performance, the public have the tools to understand more about the real facts about crime in London.