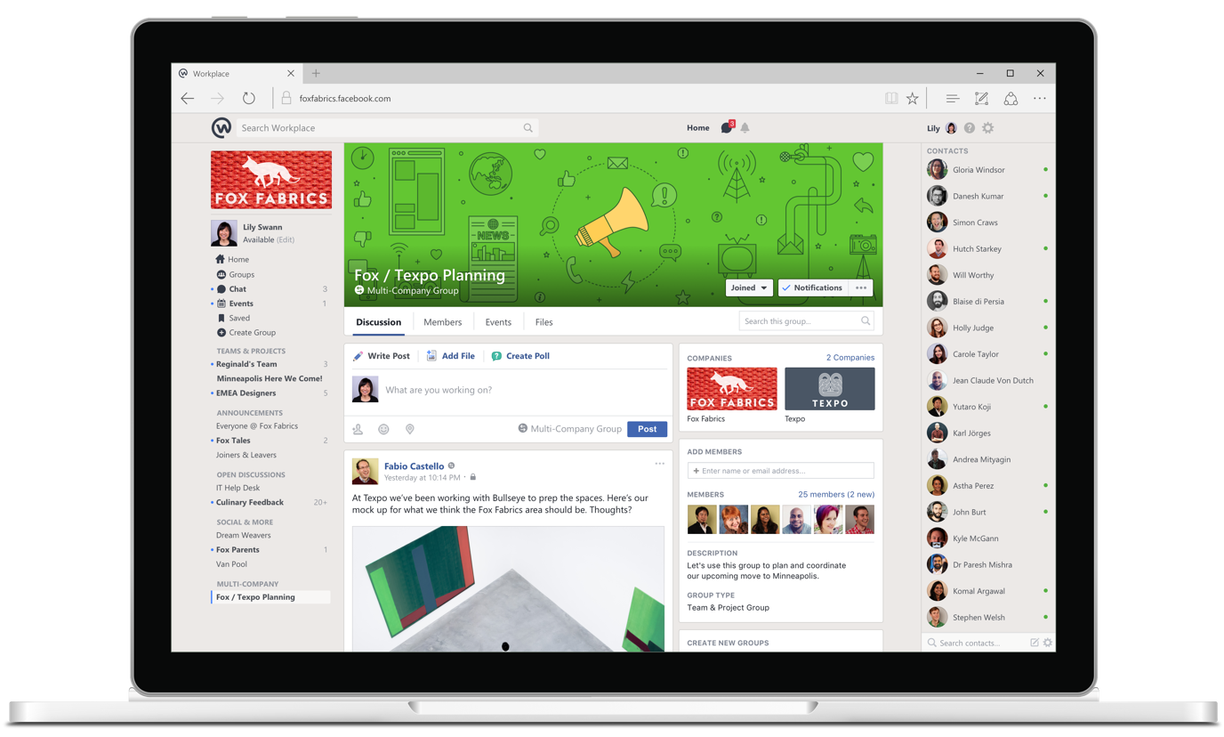 The announcement of Facebook Workplace from the social media giant should come as no surprise.

Working environments are continually changing, with increasing employee demand for greater autonomy in their roles.

Workplace allows businesses to set up an internal version of Facebook, with the aim of speeding up correspondence, and thus efficiency, between employees and departments. The hope is to replace work emails.

Having said this Bjoern Ekner, senior director for Jabra Business Solutions comments that the platform “is unlikely to replace email any time soon, but it will provide employees with the flexibility to do their jobs as they see fit”.

“However, the adoption rates are unlikely to be high if there’s no clear vision, guidelines or reasonable objectives communicated by businesses to begin with.”

“They must first ensure that they find the right combination of organisational culture and technology that will help staff make better choices and decisions about the way they work.”

The platform has similar features to ‘normal’ Facebook, with live video streaming and messaging. Importantly, it is kept separate from employees other personal Facebook accounts.

In a statement, Facebook said: “We’ve seen that just as Facebook keeps you connected to friends and family, it can do the same with co-workers. We’ve brought the best of Facebook to the workplace.”

Previously called Facebook at Work, the app has been deployed by thousands of businesses, according to Facebook, including; Food giant Danone, India’s Yes Bank, the newly formed Government Technology Agency (GovTech) of Singapore, and Starbucks.

The rivals and it’s potential

“It’s not just about building a self-contained social network for businesses,” said Chris Green of the Lewis consultancy.

>See also: Let’s not get ahead of ourselves: Facebook will not be ushering in the chat bot revolution just yet

“It lets them compete with a variety of different services – such as Google Cloud file sharing and Microsoft’s collaborative document editing.”

“It’s going to hit a number of environments with one integrated product.”

Workplace is Facebook’s first service to charge a subscription fee, a move away from the its usual advertising-funded model.

“We’ve seen a growth in interest in the idea of bringing a social network into the corporate environment,” said Green.

“The millennial workforce is important to employers, so having systems that are familiar and replicate what they use in their personal life makes sense.”

This idea of the millennial workforce is important. This generation expects the type of fast-paced service that Facebook’s Workplace offers, and as a result the workplace and how it operates is changing.

“Facebook has realised that ways of working and employee attitudes towards work are changing, and has acted. This is a platform that recognises the importance of – and demand for – greater worker autonomy in a professional environment, said Ekner.

“There are plenty of companies that are seeing tremendous value in autonomous working.”

“Increasingly, there are those that realise that work is no longer a place that you go to. Instead, it’s something that you do no matter where you are located.”

Facebook’s Workplace is a symbol that represents the changing workspace.