Skip to content
Home » Topics » Blockchain » Why should CTOs in the financial sector consider blockchain technology?

Why should CTOs in the financial sector consider blockchain technology? 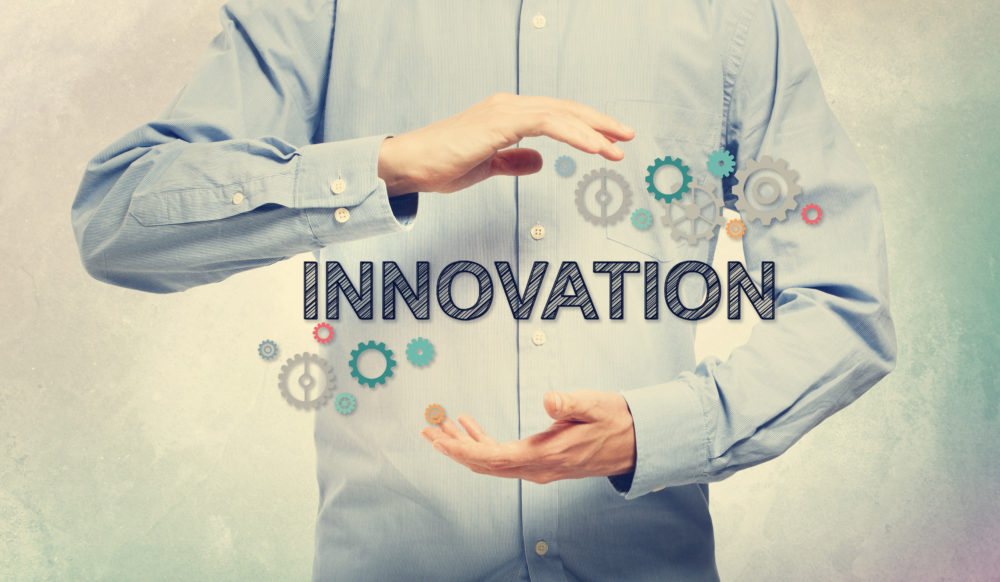 Why do we need intermediaries in the financial sector?

In the digital world, there is an inherent lack of trust when two parties want to conduct a value exchange. After all, transactions are nothing more than digital entries on a ledger, and since data is relatively easy to create and modify there is a need from all parties involved to verify the authenticity of the data that is sent and received, so as to avoid occurrences such as double spending. But what exactly is digital “authenticity”?

Who is to say that this piece of data is the original, and that piece is a copy? One only needs to look at the uphill battle fought by content creators in establishing ownership over digital goods to understand the challenge at hand.

Continuity, having only one continuous truth, and authenticity are two closely related concepts. There is a real lack of continuity in the digital world, and without continuity there can be no trust. Being able to state, with absolute certainty, that “this block of data is the original, and it has been passed from person A to B since its inception, and now rests with person C”. is crucial, as it enables the ideas of ownership and identification.

With ownership and identification of both individuals and things established, we can then conduct digital value exchanges. The way in which the world currently attempts to solve this continuity problem is via intermediaries such as banks who can inject the continuity that the virtual lacks by verifying individuals, things, transactions and ownership. But this is a very inefficient process of establishing trust, which in turn drives up transaction costs.

>See also: What is fintech? And how is it changing the financial services industry?

So how can blockchain and tokens introduce continuity, and “make the virtual real?” Each blockchain token possesses its own ancestry, with the token of the previous transaction A being the only parent of the token in transaction B, making it possible to trace a token’s history back to its original mining. Each transaction only has one child, and the token can as such only be spent once.

Continuity can in this way be established, and combined with supporting technologies such as encryption, and a transparent consensus method for verifying token transactions, the result is a near immutable, transparent record that is self verifying, thus cutting out the need for continuity injecting third parties. With the network itself establishing continuity, network participants can trust in the authenticity of transaction data and directly exchange value between each other, resulting in lower transaction costs.

How can financial institutions be disintermediated?

In today’s financial sector, you will find plenty of intermediaries who on the one hand help enable value exchanges, yet on the other introduce inefficiencies. It may be interesting to quickly remind ourselves of some of them:

These all provide services that are required in a world where perfect trust cannot be established between exchange parties. But if a self verifying, trustless system could be introduced, would these intermediaries still be relevant? Looking closer at three key examples can help anticipate how the emergence of blockchain might reshape the financial sector.

The clearing and settling of securities transactions is one of the costliest transactions that people on a frequent basis engage in. The exchange of funds and securities between the share purchaser and share seller involves an intricate network of intermediaries, including security brokers, custodians, clearing houses, stock transfer agents, central securities depositories, market makers, and stock exchanges.

Once a bilateral trade is executed, a confirmation will have to be sent to and be legally confirmed by both parties. This is to ensure that the details of the trade are correct, and to verify that no mistakes have been made resulting in discrepancies and disputes. It is no wonder that a three day handling time is common in securities trading, and friction is plentiful with an estimated 20% of all transactions generating errors that require human intervention.

>See also: The current state of blockchain: Are CIOs planning on using it?

By moving trading exchanges onto blockchain, the security seller and buyer could write directly to a mutual self-verifying ledger, with the data exchange itself being the settlement.

Trust placed in the capabilities of the blockchain would replace trust provided by agents such as custodians, stock transfer agents, and clearing houses. These could all be circumvented by the error-free nature of blockchain, which eliminates system mismatching of trades, and allows clear, transparent, immediate, and binding bilateral trade confirmations.

There has been much talk of central banks considering minting digital fiat currencies. These would have fixed values, and be backed by the full trust in and creditworthiness of governments. Not only would this provide people with a zero-risk cryptocurrency, which could herald mass adoption of digital currencies and the displacement of bitcoin, but also allow people to transact enjoying similar time and cost savings as those enabled for securities transactions. To understand where these transaction cost savings come from, it is helpful to have a very basic understanding of how inter-bank transactions work.

Bank deposits are nothing more than liabilities. When customers at different banks send funds to each other, they create an intricate web of liabilities which are being traded between banks. Interbank obligations are piled up over the day, and eventually settled, at which point funds will be transferred from one bank to another to pay off that days’ net liabilities. Not only does this system create outstanding risk, but the whole system relies on a number of intermediary systems to work that drive up transaction costs and times.

>See also: Half of financial services leaders bank on blockchain

Furthermore, an immense amount of work goes into reconciling outstanding bank balances. When cheques enter the picture things get extra challenging, especially for large banks, as it is a very resource heavy task to properly track which cheques have cleared, and which have not, in order to truly understand the bank’s true account balance.

With the introduction of digital fiat currencies banks would be able to use these to directly settle interbank obligations, reducing counterpart risks, and allowing for much cheaper and quicker transactions. The characteristics of blockchain make possible error-free databases, theoretically making cumbersome bank reconciliation a thing of the past, and in the process also diminishing the importance of supporting intermediaries such as accounting service providers.

While different from commercial banks, Accenture estimated in a 2017 report that investment banks can potentially save up to $12 billion in issues relating to “costly reconciliation processes and systems”, “cumbersome trade confirmation processes”, “data quality issues that lead to trade breaks”, and “complex regulatory reporting requirements”, by the implementation of blockchain technology.

Traditionally, investment banks, VCs and angel investors have been able to secure crucial access to capital markets for startups and businesses in need of funding, be that via direct investments, or IPOs. More recently, Initial Coin Offerings (ICOs) have opened up a new path for both new and established businesses to raise funds, and it is estimated that over US$5.6billion was raised through this ICO mechanism in 2017 alone.

Rather than a sale of securities, the object sold is a scarce digital token. These are sold typically in exchange for major crypto-currencies, e.g. bitcoin or ether. ICOs are still largely unregulated to date, and it often remains unclear whether a token represents a digital currency, a utility token, or a security.

ICOs are currently focused on launching utility tokens, but once regulations are clarified then security exchanges will likely move to blockchain, and securities will be issued on the chain. A number of exchanges are currently experimenting with blockchain powered boards, with both the Australian Securities Exchange (ASX), as well as the Hong Kong Stock Exchange (HKEX) working on such projects.

Once securities are launched on blockchain, the world of ICOs and IPOs will merge, but it is still unclear if the traditional financial institutions will remain the sole key players, or if they will be joined by the most promising upstarts of the crypto world. Many ICO funded startups have themselves turned into Venture Capitalists. Recently, both Ripple and EOS announced VC arms of their businesses, generally with the goal of growing startups in their own ecosystems.

Awaiting the real impact of blockchain

Blockchain is a way to create continuity in the digital world, enabling trust, the identification of people and things, and thus ultimately transactions. It is a way to reduce transaction costs and cut out middlemen in the financial sector. In the internet revolution, if the middle man was making profit by setting up barriers to information, they were the first ones to be cut out. In the blockchain era, if the middlemen make profits by handling transactions, they too will risk being cut out.

Yet, banks have displayed agility and willingness in exploring and adapting to this technology, and while the traditional players will likely reinvent themselves to remain relevant, certain arms of finance, such as accounting, could be at a risk of being made completely redundant. The most well funded and executed of blockchain startups are very powerful with their capital, and they will seek join the financial sector, forming VC funds, crypto banks, exchanges, and custodians.

>See also: Blockchain in the travel industry restores the confidence of millennials

But there are plenty of challenges that will have to be overcome for blockchain to be able to reshape markets, many of them relating to scalability, and there has even been warnings that the minting of central bank cryptocurrencies could pose stability risks, as the movement of capital would become “too easy”, making capital flight more likely.

Blockchain is still relatively new, and businesses are exploring what they can do with the technology, especially in permissioned (non-public) blockchains where inefficiencies and perceived uncertainties related to consensus methods can be avoided. A trustless, self-verifying platform opens up a world of new business models, the most tangible of which will exploit micro and multi-party transactions. Yet that is only the start, and the real excitement comes from knowing that blockchains “killer apps” have yet to emerge. These are the ones that will truly stand to reshape the world of finance.