Why it’s fintechs’ duty to fight for financial fairness 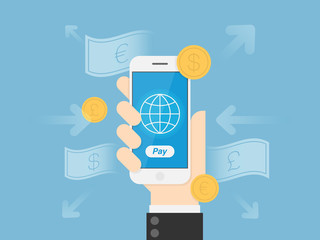 The need for fairness is evident in the payments sector where injustice is felt across the globe, especially migrants and their experience with remittance fees. A report late last year from Unesco found that too much “hard earned money” was being taken by transfer fees.

The World Bank estimates that sending remittances costs an average of more than 7% of the amount sent — that’s more than twice as high as the United Nation’s Sustainable Development Goal (SDG) target of 3%. And it’s these costs that are having a clear impact on communities worldwide.

You could argue that remittances are often the most direct and well-known link between migration and development. Remittance flows to developing countries are expected to have increased by 10.8% last year, reaching an all-time high of $528 bn — that’s 76% of the world’s total remittance flows. Simple math would dictate that as much as $40bn could be lost in hidden charges and transaction fees in remittances annually – in certain parts of the world, this will affect access to healthcare, education and basic food and water. For many recipients, each additional dollar in remittances could mean a better life.

It’s not just migrants that are bearing the cost of high transaction fees. Recent high-profile cases in the UK have been reported where British citizens have been stung when sending money abroad to family. This has shone an even brighter light on the rigmarole of overseas money transfers.

Some banks are hiding FX conversion rates; the expenses of a simple overseas payment via the traditional channels like banks are staggering.

High costs and extended delays were accepted as the part of the process until fintech arrived to disrupt international money transfers.

InstaReM isn’t alone in striving for more transparency with overseas money transfers, many startups are challenging what’s become a status quo for the payments industry. The solution?

One that shows great potential is the blockchain. The nature of cross-border money transfers is complicated when it really doesn’t need to be. Blockchain promises to solve this by essentially cutting out the middle man.

Overpriced cashflow passages and added costs bring about hassle, delays and stress – with blockchain, these expenses can be alleviated. We’re already seeing examples of Blockchain-powered payment processes. Slow and costly cross-border transactions are being changed by the likes of Ripple and SWIFT gpi, reducing transaction times to as little as minutes and saving billions of dollars for consumers.

Another solution is adopting an innovative peer-to-peer model – based on matching transactions from senders in different countries – that effectively addresses inefficiencies of the traditional money transfers which involve multiple intermediaries taking their own cuts through the extended remittance chain.

The industry knows these innovations work. The crying shame is many people across the world are still unaware of these solutions, and the sad fact is that the costs of sending remittances are higher where they are most crucial. If there was a way to transfer money across borders more cost-effectively, migrants’ families in developing countries could receive more money and use that to afford better healthcare, better education, and better quality of life.

This lack of awareness could also prove costly in the UK where Brexit uncertainty looms. Our research shows that due to the drop in the value of the sterling since the EU referendum – UK migrants (44%) are sending less money home. This is having a serious impact on their families abroad with almost half (48%) of the money they send home used to pay for food and healthcare. In fact, the economic uncertainty of the UK means those migrants transferring money abroad don’t get as much value for their money as they did before. One in three migrants revealed that they have to sacrifice more of their income to provide the same amount of funds for their families as they did back in 2016.

That’s why it’s imperative for fintech organisations to recognise the role they can play in society. Awareness needs to be raised, solutions need to be found and shouted about, the campaign for financial fairness needs to be stepped up.