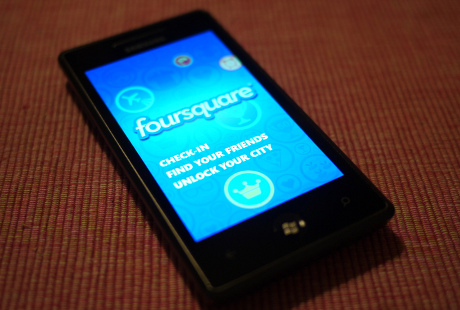 Location-based social app Foursquare will be generating more spend on its platform by selling its geo-location data to million of advertisers worldwide, the company announced in a blog post yesterday.

Foursquare’s new product, ‘Foursquare Ads’ will let the 1.5 million businesses listed on Foursquare around the world run location-based ad campaigns to target users who are nearby their business.

Up until now it has been impossible for them to tell if advertising to potential customers led to those customers visiting the business.

But with a back-end analytics dashboard they will be able to monitor the number of clicks and the number of Foursquare users who actually walked in, allowing them to calculate the return on their advertising spend.

The platform, which has been available on beta since the summer, allows advertisers to target their marketing in various ways, such as by time of day, or whether the user is walking or driving.

‘We’re moving past the days when business owners have to figure out if a ‘like’ or a ‘click’ has any meaning in the real world; now they can tell if someone who saw their ad actually walks into their store,’ said Foursquare’s blog post.

‘We’ve been testing it with a thousand businesses the last few months, and the results have been great.’

It is the latest experiment by a social media company to monetise its data for small businesses without them having to go through a salesperson, following in the footsteps of platforms such as Twitter and Facebook.

In May this year Twitter launched its own self-service ad platform for small businesses called ‘Twitter Ads’, allowing companies to target mobile customers based on their interests, location and device.

The tool allowed Twitter to draw around 87% of its revenue from advertising in the first half of 2013, 65% of which it gets from mobile ad exchange partner MoPub acquired last month.

Foursquare was created in 2009 and has around 20 million users to date.