Skip to content
Home » Ransomware » Into the fray: is your network ready to take on the Internet of Things?

Into the fray: is your network ready to take on the Internet of Things? 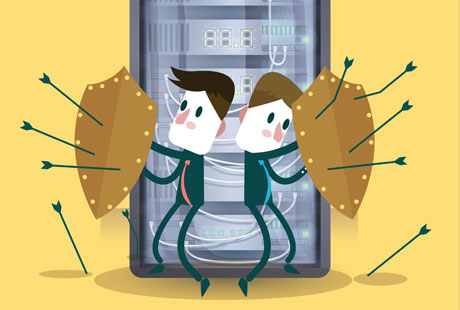 Many are calling it the internet's 'second wave'- it began as a closed network of just a few computer terminals, and now it's about to explode into the real, physical world of objects and everyday appliances, of sensors and even people out in the world at large.

Business leaders are saying they're ready to embrace the countless possibilities it will bring – the opportunity to inject whole new levels of intelligence into their processes, define new, lucrative business models, and compete with unprecedented agility. But the big question that remains is- will those in charge of administrating enterprise networks be ready when the Internet of Things (IoT) wave breaks?

The hype around the IoT has reached its height, but little has been said on the practicalities of preparing enterprise infrastructure for this explosion. When it comes down to it, do network administrators understand what's required of them?

'No, not yet,' argues Adam Stewart, VP of engineering at Autotask. 'Most network administrators manage a pretty heavy workload and are forced to manage reactively rather than proactively. This works as long as they can stay ahead of the curve with threat or capacity issues.'

One of the major challenges of the IoT involve the volumes of data created by connected devices, and the connected devices that produce and respond to it. For the enterprise network, all of the same considerations need to be made – primarily reliability, performance and security, and in anticipation of IoT, network administrators should also consider extensibility and scalability.

Networks will need to be able to respond to inputs and facilitate communication between a huge range of different devices and protocols. But because the IoT is still very much in its early stages, there are no widely adopted interoperable standards.

'It will take several more years before it becomes something that impacts day- to-day operations,' says Stewart.

However there are steps that can be taken to develop the robust network that will be the IoT's foundation.

'Not only does this involve converging unrelated networks, but also ensuring they are scalable to meet rapidly increasing and somewhat unprecedented demands in traffic,' says Sarah Eccleston, director, enterprise networks and IoT at Cisco UK.

Cisco's 2015 Visual Networking Index revealed that mobile data traffic alone is set to increase ten-fold by 2019, totalling a whopping 292 exabytes. And as Eccleston point out, the adoption of powerful mobile devices and widespread deployment of M2M applications, alongside increased access to faster Wi-Fi networks that enable IoT, will impact mobile traffic significantly.

'In considering intensifying data demands, organisations must ensure networks are robust and scalable, yet diligently managed so as not to compromise data security in any way,' she says. 'Inevitably, management systems must also adapt to changing infrastructures, be it via ensuring staff have the technical knowledge required to turn data into insight and action, or by exploring new partnerships to develop the business ecosystem.'

Considering the number of M2M devices that will need to be connected wirelessly, faster wireless speeds are also becoming essential – hence the growing prevalence in 802.11ac (gigabit speed) Wi-Fi, and the emergence of 802.11ac Wave 2 which provides Wi-Fi speed up to 7Gbps.

'Where possible, analysis of the data will need to be done as close to the edge as possible for the predictive and preventative benefits of big data from the IoT to be realised,' adds Eccleston. 'This has led to the development of 'fog computing', which takes compute power close to the edge, rather than back hauled in the cloud.'

Connected devices and instances of the Internet of Things – such as the Industrial Internet – have the power to realise significant savings and efficiencies.

'It does represent a change – and change often requires investment,' says Jason Hart, VP of cloud services, identity and data protection at digital security company Gemalto. 'But an IoT strategy should take into account not just potential savings – from reduced inventory costs, better monitoring or improved logistics – but also the potential to create whole new applications that use connected devices, which have often been developed, produced and purchased outside the enterprise, to deliver unanticipated savings or new routes to revenue.'

Remote monitoring and control is one of the key growth areas for the IoT, and for enterprises access control is a huge opportunity – especially as physical and electronic security are so closely interlinked.

For example, a British startup called SmartKey has created a solution for keyless locking and unlocking and doors by sending a code from a mobile device.

'The uses of this for businesses like AirBnB are obvious, but also for commercial or industrial premises that may need secure, monitored access at unusual times or by people without keys or keycards,' says Hart.

An issue with these solutions, which may ultimately make physical keys a thing of the past, surrounds access and compatibility – for example, a foreign visitor might be unable to access the Internet to download an app and send a code, or it may be very slow or expensive to do so, or there may be no native language app for their device.

SMS is a universal, inexpensive form of communication that any phone currently in use can use, so SmarterKeys offers an SMS-based function through Twilio’s platform.

A great example of the need for interoperability for successful IoT infrastructure is Coca-Cola Enterprises, a European bottler and distributor for Coca-Cola with a network of 600,000 coolers and vending machines.

'Faults in one of those machines can be reported through Coca-Cola Enterprise’s Salesforce system, where a technician can be despatched. Twilio’s API allows customer service agents to build SMS messages from templates inside Salesforce, to send directly to the engineer – and a complete record of the SMS correspondence is kept inside Salesforce to track the issue.'

It's all about results

But the primary challenge with the IoT is turning it from a nice idea, into one with actual business potential.

As Patrick McFadin, Cassandra evangelist from Datastax points out, not very many organisations can make use of data from devices in the products they sell.

'It's important that IT can experiment with IoT,' he says, 'but it has to have a goal in mind from the start, whether this is creating a new service to deliver or improving the quality of everyday life.'

The IoT uses a lot of open source components to provide the infrastructure, while cloud services can be used to scale up services as part of any trial project.

'It’s important to start with a thesis – 'using data from devices, we can see activities that are taking place and then turn this information into a service that people will pay for, either directly or indirectly,' says McFadin. 'Once this pilot is in place, it’s possible to set up sensors that can provide that initial data to use and analyse.'

If the pilot is successful, then using open source and cloud together to scale up can be actually more effective for keeping costs controlled as the back-end systems are scaling up, he advises. Databases like Apache Cassandra can scale up in a linear fashion rather than requiring a significantly large enterprise server to be installed each and every time; hosting NoSQL databases in the cloud also makes a lot of sense as you can pay for what you use.

'The IoT in itself is not demanding,' says McFadin. 'What does challenge traditional IT teams is to think about how to connect and make use of IoT components, engineering and systems in order to get the right result at the device, network and application levels.'