Full speed ahead: mapping the road to 5G 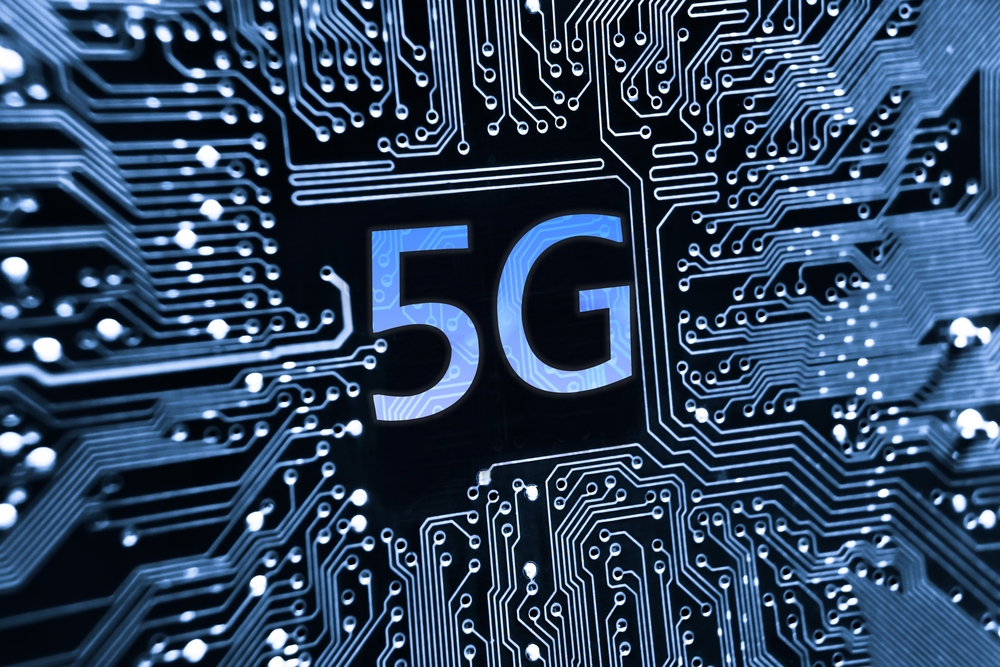 The hype storm around next generation connectivity has officially started brewing in the UK, with London mayor Boris Johnson pledging in July that Londoners would be whisked away to a mythical land of breakneck 5G mobile speeds by 2020 in which they would be 'able to download an entire film in a second.' But before we get too excited about Johnson’s vision of London as the tech capital of the world, and its implications for UK businesses, we should take a step back. In March prime minister David Cameron announced a collaboration between German and British universities to drive research into 5G, but at the moment it's only a concept.

'We don't yet know precisely what the technology will consist of,' explains Professor Simon Saunders, director of technology at Real Wireless, a company that was instrumental in establishing the early standards for 4G. 'What I do think could happen is a demonstration of '5G' in July 2020, driven by the Tokyo Olympics and the Japanese commitment to show something working. But it's likely to be an engineering demonstrator with an instruction set in kanji shipped over from Tokyo, and it won’t be the real 5G. The rest of us will have to wait at least another two years before we’re using 5G services – whatever they turn out to be.'

And it will be even longer before those outside of the capital get a sniff of it – as Saunders suggests, the idea of a nationwide rollout of 5G with a decent proportion of businesses benefiting from it is extremely optimistic.

To the four winds

The rollout of 4G in the UK is still underway, though as Saunders explains it has seen far more rapid penetration of the UK population than its previous iteration. By 2015 'consumers and businesses will have at least something resembling 4G in most of the buildings they go in,' he says.

OFCOM, the UK regulator for the communications industries, significantly sped up the uptake of 4G by attaching strings to the licenses that meant one operator would be obligated to roll out to 98% of the population by 2017. They also opened up the spectrum for all operators last year after giving EE an initial headstart, which led to rapid expansion.

4G is leagues ahead of 3G, so the need to roll it out really was there,' says Saunders. 'When you think about the fact that the first iPhone launched in 2007, nearly five years after 3G started in this country, you get a sense of the lack of urgency then. But then with 4G we had this very different situation where people already had this huge demand for data on their smartphones, with 3G struggling to keep up.

> See also: Network maintenance: the key to 4G and 5G success across the UK

Sylvain Fabre, lead analyst for analyst house Gartner, thinks that 5G will mean an extreme improvement in performance over 4G, but the impetus for it may not be there yet.

'Since 2009 LTE has been the 'flavour' of 4G that has won out over competing standards for commercial networks, but now we have improvements to this such as LTE Advanced that are aggregating spectrum together to create even higher speeds,' says Fabre. 'At the moment we get speeds that are something like 300Mbps (megabits persecond)- the kinds of speeds you used to only get on a fixed line. So what is the need to go faster than this?'

While 4G capabilities will be upgrading progressively to meet business needs as they evolve, eventually 4G will start to creak under the increasing demands of data users and the next stage will have to be put into place.

Although still in the concept stages, 5G technology promises far more than just faster speeds. One of the main aims is to give users the illusion of 'infinite capacity.'

This is certainly an interesting concept, thinks Gartner's Fabre, 'even though the reality is the engineering and physics is such, that you can never really have infinite capacity.'

'In the case of wireless you are dealing with a radio signal going through the air, and through buildings, rain weather, and other interference.'

All these things attenuate signals, and though the technology has improved with 4G, which is able to use neighbouring devices as relays instead of needing to connect to a base station, there's still a limit – hence the goal of creating an 'illusion' and not actual infinite capacity.

'You will always get faster, bigger capacity fixed line connectivity,' says Fabre, 'and that will always be the case no matter what generation we're on. With wireless it's a fact that there will always be limited spectrum or radio conditions.'

For the burgeoning Internet of Things and the coming explosion in Machine-to-machine technology, what will matter is the ability to divert capacity and resources to different 'things' as and when they need it- and this is the focus of 5G research.

'Different IoT 'things' have very different needs,' explains Fabre. 'So 5G can't just be about super fast networks with low latency, but the ability to serve machines that don't need very fast speeds as well, and everything in between. A Police CCTV system with facial recognition will have far greater data demands than say, a refrigerator.'

Added to this, not everything on the IoT will need a wireless connection, with many devices happy to rely on localised connectivity such as local Near Field Communication (NFC) or Bluetooth.

'Not everything will be wirelessly connected to an operator, ' says Fabre, 'but some things will be and that's where 5G will give businesses interesting options, as well as potential bussiness for a lot IoT operators in connecting things as well as people.'

'If you're an enterprise, 5G's going to enable a lot of interesting things for your customers, employees and partners like setting up video call centres and seamless collaboration. But you'll have to think practically 'is this going to work'? In most countries you'd have to fall back on 4G or 3G most of the time, not everyone has a 4G device at the moment, and you will need to factor in those costs.'

The here and now

When it comes to deploying 5G, the expense for operators and diminishing returns of continuously building new networks will also have to be considered.

'You will be building on top of a 4G and 3G environment, so 5G will need to make good use of these existing layers,' Fabre points out. '5G will need to make better use of these resources, and it will be a question of economics – who's going to go first, and is there going to be a demand? So at any rate won't be a matter of 'bang- new network' and it's never a straight migration.'

5G may be some way off becoming a reality, but in the mean time there's plenty of scope for the improvement of 4G and the ability of businesses to take full advantage of it.

'Mobility is growing faster than the networks can keep up, and in a sense this is a very good thing,' says Saunders. 'It pushes networks to try for the next big innovation. So it's not 4G and then nothing until 5G comes along- far from it. Every year there's a new release of 4G with various bells and whistles on it.'

As Saunders argues, there's still a lot of mileage around 4G LTE Advanced, with much-needed advances in the years ahead around the ecosystem of technology it depends on. He expects we will see more innovations around solving the huge variation in coverage and performance that currently exists.

'That '98% of the population by 2017' goal is an 'indoor' figure but based on normal sorts of buildings like houses and smaller offices,' Saunders explains. 'Many modernised offices have metalised windows with thermal insulation, which makes it's very hard for radio waves to get into, so you may have good coverage if you step outside but step inside and have almost none.'

Real Wireless and other experts are encouraging businesses with 4G in their area that aren't satisfied with their service to set up a dedicated service inside their offices.

'Many buildings are going to need dedicated systems to get a good service,' says Saunders. 'There are technologies such as small cells that can do that – it's a bit like a Wi-Fi system but actually working on 4G with all the benefits of ease of use and roaming that comes with that.'

Added to this, Saunders predicts big changes not just to the signal itself but to the shape of the network before we even get to 5G.

'The network today consists of a traditional base station, towers and the tops of buildings,' he says, 'but increasingly we'll see those systems being added to by many smaller cells that go on the tops of lamp posts in busy streets, telegraph poles in remote rural areas, inside offices and in homes. '

Today we have something in the order of 30,000 base stations around the country, but within the next six years we could end up with many millions of smaller access points and base stations that will provide far more even and reliable coverage.

And prices for 4G are likely to become even more business-friendly as enterprises realise the productivity benefits it entails, with many operators already offering 4G with their packages at no extra prohibitive cost.

'We're barely scratching the beginning of the 5G era, with a lot of life left in 4,' says Saunders. 'So unless your business is planning its needs for 2022 or perhaps even further ahead, I'd largely ignore the 5G hype and concentrate on your business getting the best from current technology, and exhausting all the value it still has to give.'