How gamification can boost cyber security 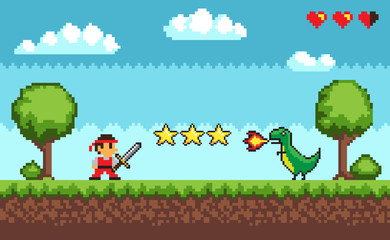 Insider threats are costing companies hugely. In fact, according to the Ponemon Institute, the average cost of data breaches caused by employees is more than $8 million (£6.1 million) per year.

Many breaches are caused accidentally when employees click on phishing emails or unknowingly open suspicious documents. But it’s possible the fall-out from mistakes could be reduced if firms considered a new approach to training their staff.

This is leading many businesses to adopt gamification: educating workers to be more cyber-aware by using elements of game-playing. Some games are complex, with levels to pass and coins to earn. But it can also be as simple as sending out “test” phishing emails and rewarding staff for not falling for them.

A gamified approach can benefit senior people too; through “wargaming” a data breach scenario, it’s possible to better plan incident response should the business be hit with a cyber-attack.

Cloud offers multiple benefits, including the ability to scale up and down quickly to meet demand. But some firms – especially in highly-regulated industries such as financial services – have been slow to adopt the technology due to concerns over cloud security. Kate O’Flaherty takes up the tale

At the same time, gamification will help make people within the business more resilient and able to react to threats, says Tim Ogle, cyber security expert at 7Safe, a division of PA Consulting. Rather than using outdated methods such as PowerPoint slides to educate employees, he advises firms: “Do anything that makes education less classroom and more real.”

For example, he says: “Let’s say you had a phishing attack; don’t hide it but share what was used with the whole business so they can see this is real and relevant.”

George Gerchow, chief security officer at Sumo Logic, describes his company’s approach to gamification: it starts with a “Mario concept” including a coin-based system as a reward for performing well. Now his firm is trying to move towards a “Fortnite methodology” seeing users progressing through levels.

Targeting mainstream employees such as sales or marketing, Gerchow says the first level includes threats such as phishing emails. “On the second level, they accumulate more things.”

In addition, the firm works with more technical employees such as developers to gamify internal penetration testing. “They are offered a cash reward such as a meal out. This means they are motivated to compete,” says Gerchow.

Top security risks in digital transformation – and how to overcome them

Technology such as cloud, internet of things (IoT) and automation are helping companies to digitally transform, but they also add security risks. What can firms do? And what are the top security risks in digital transformation?

It can also be mixed with other contemporary design techniques such as interactivity or immersive eLearning – where users are placed into virtual environments that simulate real life, Hockle says.
DeltaNet recently introduced gamification into one of its more comprehensive courses, the “Using Social Media Challenge”, which combines gamified elements with interactive live-action video.

“Throughout the course, learners follow John as he leads a sophisticated team of cyber-criminals determined to use social media to compromise the personal data of Jane and her colleagues and, in this way, gain access to the organisation’s network,” says Hockle.

James Hadley is founder and CEO of Immersive Labs, a gamified learning system for security skills. The firm has created a programme called Immersive Originals; an episode is released every week, with each new one becoming more complex.

He says many of the firm’s clients are already using gamification with success. Hadley cites the example of one of Immersive Labs’ customers, Falanx Cyber, which required a solution to rapidly upskill its consultants. “By bringing in gamification they reduced training time by 33%; it took two months instead of three.”

Gamification offers multiple benefits, but of course, there can be issues when introducing a new programme into the business.

Among the challenges, senior people can sometimes see gamification as a distraction, says Gerchow. “They might think it’s a distraction until it’s implemented. They then see the benefits; for example, developers have a competitive streak and naturally strive to prove themselves.”

But at the same time, some employees can enjoy gamification so much, they become addicted. Hadley says occasionally, the firm’s customers have had to disable the platform because people who become addicted can’t carry out their day-to-day roles properly.

When introducing gamification, firms need to start from the top down, says Ogle. He advises wargaming a breach scenario at a senior level. “It simulates the company going through a cyber-attack. For example, you have just been hacked; you have lost 20,000 records, what do you do next? When do you talk to the press and what do you say?”

In order to introduce gamification into the business, Gerchow says the chief information security officer needs to partner with the HR department. “Say, ‘we understand people will click on an email; we don’t need to call it out, but we will just focus on the things they do well’. After working with HR, partner with marketing who can really help to step it up so people see the benefits.”

RPA is making businesses more efficient, but it also brings security risks. How can these be managed?

Meanwhile, Hadley advises: “Communicate in advance why the initiatives are being undertaken and where the information will be used. If employees know they might get a positive pay review you will hopefully get good behaviours.”

And once gamification is introduced, it can be built on to reflect an individual company’s culture. Gerchow is hoping people will start to share their score in their email signature. “It’s the idea of camaraderie and competition; bring that out but don’t make them think they are on the losing end of things.”

In addition, Hadley says it’s important to ensure content is relevant and up to date. “Adding gamification to an old, dull strategy isn’t going to work. Gamified cyber learning should be intuitive; if there is no route to success, you are possibly going to disengage the end user.”

Getting it right can take practice, but experts insist it’ll be worth it. As well as engaging employees, gamifying cyber security at least goes some way to filling the expanding skills gap.

“It’s a well-known fact there’s a huge skills gap,” says Hadley. “Any platform that can allow companies to make better decisions and improve retention will provide business value. It helps to upskill the workforce and maintain their talent.”