Skip to content
Home » Regions » Asia-Pacific » Gartner: Over half of government IT workers will occupy roles that don’t exist today

Gartner: Over half of government IT workers will occupy roles that don’t exist today 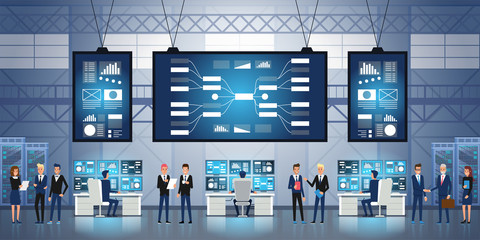 Roles are changing, especially in IT, and some will be unrecognisable in the next few years. As government transitions to digital this will statement will become apparent in the public sector — across geographies.

Government IT organisations are often criticised for their risk-averse, stagnating approach. However, in reality, they are constantly evolving, albeit slower than other industries.

The transition to digital government is gaining momentum

Gartner predicts that by 2023, 50% of the roles that government CIOs will oversee do not exist in government IT today.

Why? Well, similar to other industries, the public sector is embracing digital, which will lead to the creation of new roles and functions.

Gartner’s CIO survey found that 53% of digital initiatives in government organisations have moved from the design stage to early stages of delivering digitally driven outcomes. This is up from 40% last year. In addition, 39% of governments expect cloud services to be a technology area where they will spend the greatest amount of new or additional funding in 2019.

“These findings demonstrate that leadership has become more comfortable with cloud delivery models and has moved away from concerns regarding security and data ownership,” said Cathleen Blanton, research vice president at Gartner.

“The move to digital business means that the IT organisation needs to adapt to new skills requirements,” Blanton said. “In many governments, roles of chief data officers and cloud architects are already present. However, it is worth noting that 38% of government respondents did not introduce any new roles in 2018 due to insufficient resources, skills and cultural issues.”

The Department for Digital, Culture, Media and Sport (DCMS) has announced a multi-million-pound deal to put the UK at the forefront of AI. Read here

According to Gartner, to adapt to new skill requirements, CIOs need to initiate a transformation process that results in new or changed roles.

In the future, digital government IT will also accomplish more diversified tasks than today. Public sector agencies will rely on government IT services to address inclusion, citizen experience and digital ethics — those fields require new types of skillsets, such as researchers, designers and social scientists.

“Government CIOs must employ experts to model and explain how citizens and businesses will need to respond to regulations and policies, and what impact that will have on society, the economy and government revenues,” Blanton said.

UK public sector departments have seen an increase in the amount of data scientists as the government commits to its transformation strategy, according to a new report from Parliament Street, a think tank. Read here

Anything-as-a-Service (XaaS) on the rise

Gartner predicts that by 2023, over 80% of new technology solutions adopted by governments will be delivered and supported using an Anything-as-a-Service (XaaS) model.

XaaS, according to the research firm, summarises several categories of IT, including those delivered in the cloud as a subscription-based service. It also encompasses managed desktop, help desk and network services, voice over IP and unified communications — not a lot then!

“Adoption of XaaS models is increasing across all industries globally — primarily driven by cloud services — and government is no exception,” said Alia Mendonsa, senior director analyst at Gartner. “The model offers an alternative to legacy infrastructure modernisation and investment. It’s a promising way to scale digital government, because it can provide small local offerings as well as nation-wide services.”

SaaS, Paas, XaaS, and more: looking behind the acronyms to the service opportunity

In recent years, numerous ‘as a service’ acronyms have entered the IT lexicon. Read here

According to the announcement: ‘In the early stages of adoption, business units may turn less to the IT department to deliver solutions, as they are now able to acquire XaaS solutions without the involvement or the resources of IT. This is a dangerous endeavour as departments often lack the knowledge to negotiate complex contracts and individual departments may be independently acquiring duplicative capabilities already offered centrally. Furthermore, as-a-service contracting is still immature and often offers weak service levels.’

“For this reason, CIOs must educate business units about the risks associated with this type of contracting and need to take an active role in negotiating these contracts wherever possible,” Mendonsa said. “Without the support and experience of their IT organisation, an XaaS solution can create significant risks to the organisation and the citizens it serves.”

CIO
Gartner
XaaS - Everything as a service