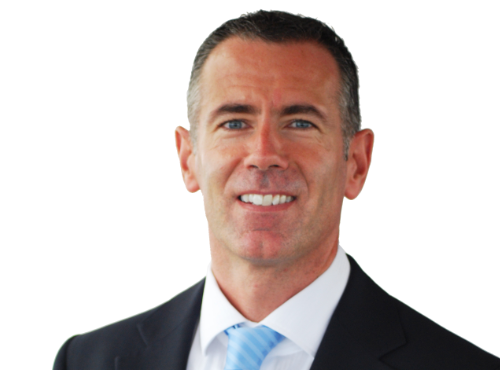 Technology, and its role in the enterprise, has evolved at a rapid pace over the past 20 years – a fact nobody knows better than Irish-born Kevin Griffin.

Upon graduating from the University of Limerick with a BSc in computer systems, Griffin spent 18 months at PricewaterhouseCoopers in Dublin before beginning a long-term affiliation with American conglomerate General Electric.

Beginning as an IT site leader for a small manufacturing business that GE later sold, he then took up a number of IT leadership initiatives with GE Plastics in the US and Asia Pacific, before taking on the role as GE Capital’s EMEA CIO in 2002. Based in London, he now heads IT across the consumer and commercial finance businesses that comprise GE Capital International.

Despite being a CIO for near-on 15 years, his role has been anything but repetitive. ‘Back in the late 90s and early 2000s, the issues in Europe were euro compliance, Y2K and the dotcom boom,’ he says, ‘so it was very much a lot of refreshing of infrastructure and applications, and getting some basic capabilities out there.

‘Then we went through a tough financial crisis where there was a retrenching of IT investment, I think everywhere. We’ve come out of that now and it’s all now about how we position the business for growth.’

That means Griffin’s agenda has gone from one of service desk and problem solving to being at the forefront of GE Capital’s digital transformation.

With a solid infrastructure in place, along with simplification roadmaps, Griffin and his team know how they want to evolve the IT application portfolio, but now face the challenge of monetising that for the business and its customers.

‘To me, that’s all about what data we are capturing from our customer interactions and how we create value from that agenda,’ Griffin says. ‘That’s the next big wave of innovation.’

With 25,000 employees and revenues of $11 billion, catching that wave of innovation is a critical remit for Griffin. His latest initiative aims to do just that by breaking the traditional mould of application design where products are built and tested based on specific requirements.

The Innovation Lab encourages non-IT GE Capital employees from around the world to form teams with internal coders, and leave their usual jobs for two days to take part in an intensive development session.

The goal is to come up with a viable product that can be used based on a core set of features, then enhanced quickly based on customer feedback, avoiding traditionally long test-and-dev cycles.

Following the 48 hours, each team pitches their product to senior leadership, which then announces a winner and runner-up, and decides which products to take forward for commercialisation.

‘The Innovation Lab approach is really harnessing the speed of a start-up using big company resources,’ Griffin says. ‘The intensive collaboration has the effect of cutting the development time down from weeks and months to days.

‘We encourage the team to quickly get to the concept of what we call a most viable product (MVP), and that’s something that delivers that basic capability – no bells or whistles – and then we encourage them to add features based on customer feedback.

‘By using that approach, you avoid the waterfall mentality and the inherent problems of overcomplicating design with too many requirements.’

The concept has proved both popular and effective. GE Capital recently hosted an Innovation Lab in Australia, which brought together 13 teams from the UK, Poland, Czech Republic, India, Japan, Australia and New Zealand.

The winning product – an iOS app called GE Stock Check – was designed for vehicle and equipment dealers to check inventory of physical products on display in showrooms, as well as ‘unsighted’ stock items.

The app, which is now available in the Australian App Store, reduces the risk of inaccurate counts by 25% and, therefore, unforeseen audit costs by as much as $1.5 million for these customers.

It’s that consideration of GE Capital’s clients that is further evidence of Griffin’s evolving role: his solutions touch many of those customers, as well as the company’s own employees.

And it’s that overlap which has stopped GE Capital from copying other organisations in separating mainstream IT from the digitalisation team. ‘We own the digital agenda,’ he says. ‘I work with the senior leadership team to understand where they want to go with the business, and together we create what that IT-digital strategy needs to be.’

Such a setup allows Griffin the freedom to approach IT in different ways depending on the requirements of the business.

‘For a complex ERP-type delivery, we’ll use a mainstream waterfall approach, but if we’re going to do something new on the front-end with customers in our leasing business, we’ll use more of an agile methodology – I think they call it the concept of “two-speed IT”.

‘I think it’s important for all of the IT to be aligned to business strategy, and if you’ve got two different teams driving a digitalisation agenda, there’s obviously some potential for a disconnect to happen there; so it makes sense, I think, to have it under one team’s remit.’

Having a strong alignment to business strategy is particularly important for what has become a very distributed workforce as GE Capital has grown through acquisition over the past 20 years.

As it has acquired businesses, it has inherited a lot of legacy IT infrastructure and, sometimes, large local IT teams, leaving Griffin’s 2,000-strong IT staff spread across Eastern and Western Europe, India, Japan and Australia.

This has encouraged Griffin to oppose GE Capital’s traditional favouring of outsourced IT in favour of driving more key technical roles in-house in order to better control the IT value chain.

This in-house focus, along with encouraging innovation across departments through the labs, has given Griffin a decent cure of the shadow-IT issue facing many CIOs of late.

‘I think when the business sees that we’re open to innovative ways of working and bringing down the bureaucracy in terms of how the business deals with us as a function, it gives them the confidence to work with us a bit more openly.’